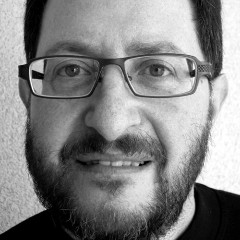 Wayne Citrin is the Chief Technology Officer at JNBridge, the leading provider of Java and .NET interoperability tools. Citrin co-founded the company in 2001 and has served as the chief architect of its flagship product, JNBridge Pro. He has been engrossed in Java and .NET interop issues since .NET's earliest days and is an expert on interoperability issues regarding connecting the two development platforms. Previously, he was a leading researcher in programming languages and compilers at the University of Colorado, Boulder. Prior to this position, he was a researcher at IBM's lab in Zürich, Switzerland. Citrin holds a Ph.D. from the University of California, Berkeley, in Computer Science. He has presented at several leading conferences including, JavaOne, Microsoft TechEd and TechReady. In addition, his work and research has been published in numerous academic and trade journals.