Trust is the beginning of everything. I am hesitant to recycle an old slogan of a banking institute. However, in the context of becoming a learning organization and embracing business agility, it condenses the main challenge perfectly: How shall we convince the incumbents with vested interests in the status quo to give the new way of working the benefit of the doubt? Join me and delve into how distrust manifests and what we can do to earn stakeholder trust. 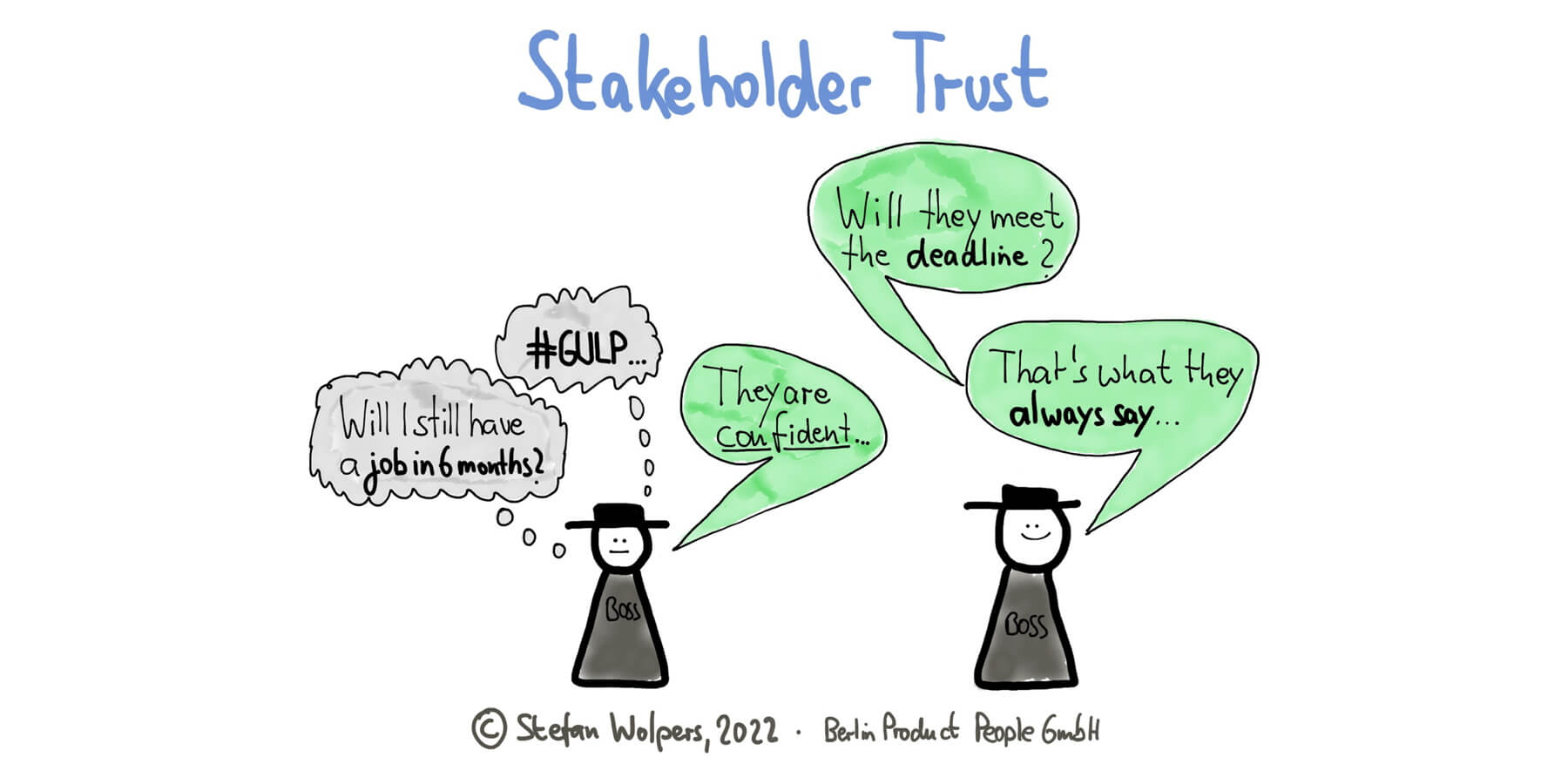 Trust According to the Scrum Guide

Trust is the foundation of empiricism, allowing for transparency, inspection, and adaptation. Nevertheless, the Scrum Guide 2020 mentions trust just once in the context of Scrum Values:

These values give direction to the Scrum Team with regard to their work, actions, and behavior. The decisions that are made, the steps taken, and the way Scrum is used should reinforce these values, not diminish or undermine them. The Scrum Team members learn and explore the values as they work with the Scrum events and artifacts. When these values are embodied by the Scrum Team and the people they work with, the empirical Scrum pillars of transparency, inspection, and adaptation come to life building trust.

The sparse notion of trust in the Scrum Guide should not come as a surprise, given that it focuses on how to make Scrum work for your organization once you decide it is useful and the organization supports the decision of its introduction. Scrum is a very effective practice, and it shows in the Scrum Guide, detailing the interconnected aspects of this delivery system. It is, however, less concerned about the pre-requisites of its introduction to an organization.

In practice, given that Scrum is an excellent probe into any organization’s dysfunctions, it turns out that precisely these pre-requisites regularly pose the most significant obstacles to its introduction. Self-management in the sense of Scrum pushes many people into uncomfortable territory, be it the expectation to accept more accountability as a team member or challenging a hard-earned position in the management hierarchy: “I’m not in entrusting my career, my ability to pay my mortgage, and putting my kids through college to a bunch of hoodie-wearing nerds.”

How Lack of Stakeholder Trust Manifests Itself

Lack of Stakeholder Trust at the Organizational Level

Lack of Stakeholder Trust at the People Level

Lack of Stakeholder Trust at the Way-of-Working Level

How to Build Trust as a Scrum Team

Seeing is believing. In my experience, a promising way to build stakeholder trust is to regularly deliver valuable and viable Increments as a Scrum team, thus making your internal and external stakeholders successful. Achieving that level of routine value creation requires including your stakeholders in your team’s work, giving everyone a voice, and making them feel heard. Useful stepping stones on that path are, for example:

Do not expect all your stakeholders to be enthusiastic about your team just because you are practicing Scrum or other agile practices; stakeholder trust needs to be earned. The best way to do so is to make your stakeholders successful by regularly delivering valuable Increments while including them in the process of figuring out what is worth building.

Depending on your industry and organizational culture, doing so is not necessarily a straightforward process. So, be prepared to take some detours along the way that are not described in the Scrum Guide.

How do you earn stakeholder trust? Please share your learnings with us in the comments.