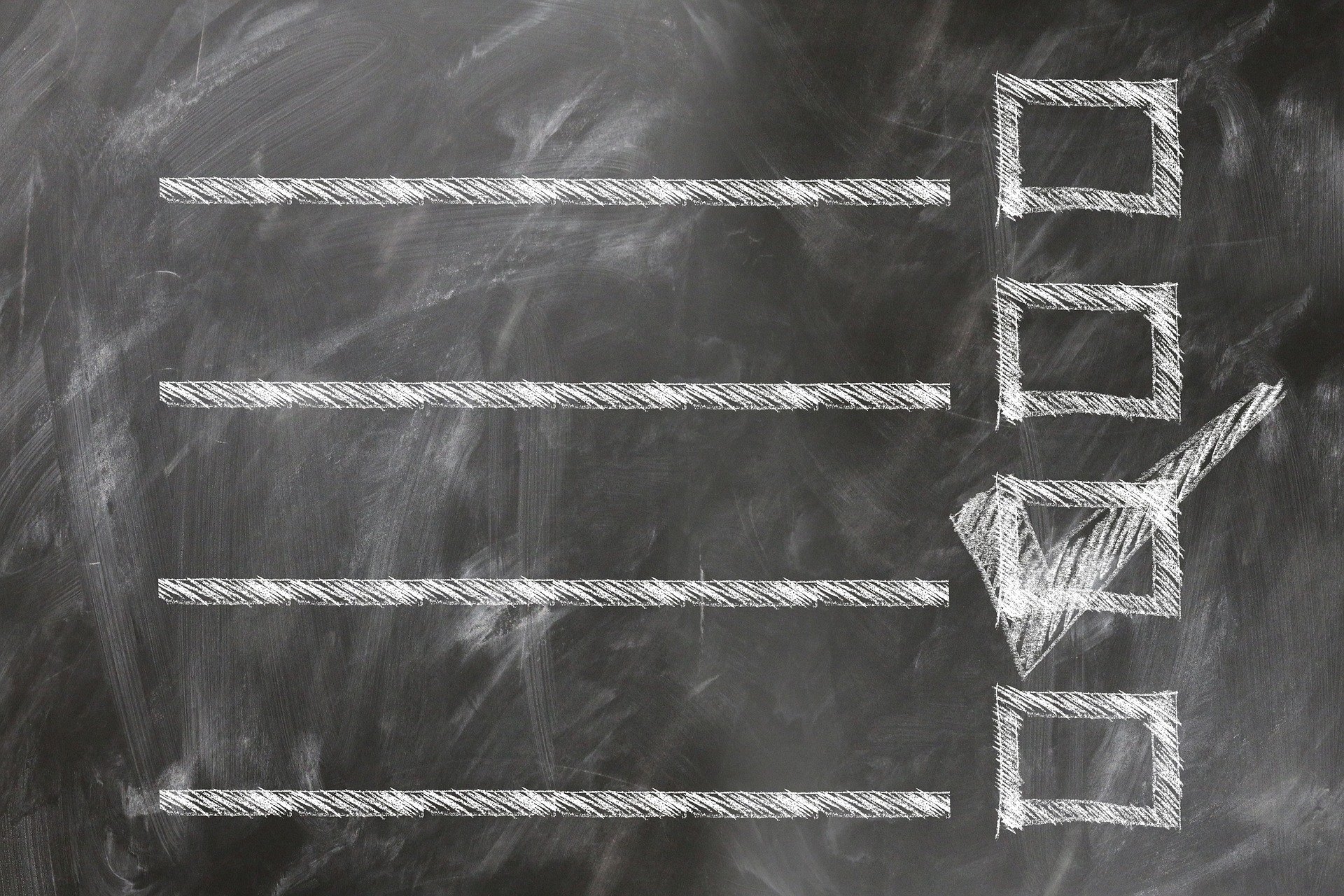 The functionality of a web app plays a vital role in keeping customers engaged and providing a great user experience. This is one thing that guarantees customer return on your website. That’s why it is crucial to perform functional testing of web apps regularly, even when a new feature is added to the application.

With the advancement in technology, customers have become more tech-savvy and sophisticated, which allows them to understand the difference between a functional and non-functional site. Thus, it has become extremely crucial for businesses to check website functionality from time to time.

Functional testing is the type of testing that verifies each function/element of your web app is working as per your expectations and user requirements. Each function of the application is tested by providing accurate inputs, examining the outputs, and then comparing the actual results with expected results. Functional testing is a type of Black Box testing, which is widely used by testers to test different aspects of an application. The various functions or features that are tested in functional testing, includes User Interface, APIs, Database, Security, Client/Server applications, and functionality of the app under test.

One process that defines the quality of your software product is functional testing, which is executed to check the functionality of your web app. In functional testing, the user interface of the app is tested on one side and the rest of the system and user on the other side. Usually, it is executed by a team of experienced testers manually. Testers identify the user requirements related to web app functionality and acknowledge developers to implement the changes so that it meets the user requirements.

To deliver excellent user experience, the quality and velocity of the testing process must be improved continuously. Using a cloud solution, you can achieve that quickly. But, performing functional testing on the cloud often becomes challenging for testers. Most testers often struggle to find the best approaches to make their web app functionality testing more effective.

Today we are going to talk about the best practices that can make your functional testing process more effective in the cloud.

As a tester ourselves with an experience of more than 10 years, here are a few best testing practices we think every business should practice reducing headaches in the long run.

1. Setting Up The Environment

Cloud testing requires a setup of a modern test lab that consists of browsers and real devices. You can take help from multiple tools for lab management, but if you want to set up the environment by yourself, then you will have to maintain the right balance between real devices and browsers. Make sure you have an experienced team for lab management because it is extremely inconvenient to manage the testing set up on the cloud. On the other hand, if you take help from a cloud-based platform like LambdaTest, then you will get multiple advantages, such as:

Before deciding on a cloud-based tool, make sure you analyze it properly and ensures it meets your testing requirements.

There is always a requirement of manual testing when it comes to executing functional testing of a web app. But, manual testing shouldn’t be performed for convenience, low cost, or immediacy. Instead, it should be used to get user feedback for specific issues, such as web app design, compatibility, and the overall level of satisfaction.

But, manual testing is limited to specific browsers and devices, thus, you need to find ways that can ease the exploration and reporting of the user experience. For example, you can opt for automated screenshot captures, video recording, annotations, and device vitals. Once you identify which part of your web app is being manually tested repeatedly, you can transform the manual test to an automated test.

In short, automated functional testing on the cloud gives you various advantages that cannot be gained with manual testing.

If you are planning to automate the functional testing process, then it’s good to have access to an automation testing tool. LambdaTest is one such great tool that is cloud-based and helps users test their web app functionality across various browsers and devices. This cloud-based tool is integrated with a combination of more than 2,000 browsers, operating systems, and devices, which means you could efficiently execute functional testing of your app across almost every browser, OS combination. There are also other automation testing tools like Testingbot, Functionize, and TestingWhiz  available in the global market.

5. Execute Tests On Every Pull Request

After deciding a cloud-based platform for testing, you need to set a reasonable time to finish every test. Once you start running your tests within that time, you could easily execute tests frequently. But, make sure you run tests after every commit if you want to find bugs and defects in the early stage of the development cycle. Sometimes, it becomes overwhelming for testers, so they can move to execute tests on every pull request. The primary target here is to improve the test coverage and avoid bottlenecks towards the end of the release cycle.

Having short test scenarios not only helps you to execute the tests faster, but it also allows you to find bugs and fix them quickly. Certain tips that you can use while writing tests are:

Using these practices, you will be able to create short test cases.

The best way to speed up your testing time and increase test coverage is to run tests in parallel. You can find modern testing frameworks that support parallel testing right out of the box. The primary benefit of using parallel testing is that it allows you to run multiple scripts in parallel. So, if you want to test your web app across two different platforms with different scripts, you can execute both the script at the same time with parallel testing.

Most cloud vendors provide built-in debugging features for web app testing, such as screenshot capturing at every request, video recording of testing sessions, network logs, etc. Taking help from these debugging features will save you from writing code and logic for taking screenshots, and then keeping them locally on your system. But, with cloud vendors, you don’t have to write specific code to take screenshots.

You can even share screenshots with the developers and other team members during the web app testing so that they start working on debugging the defects in the app.

9. Test on Right Browsers and Versions

The significant advantage of testing web apps on the cloud is that it gives you access to multiple browsers and versions as compared to in-house infrastructure. You can perform testing on a great scale while having cost-efficient scaling. During functional testing, most testers prefer testing the app over the latest version of Chrome or Mozilla browser.

Well, it is sufficient for you if all your visitors use the latest version of these browsers. But, even if 1% of visitors are coming from another browser or version,  then it can impact the web app functionality. Therefore, you will have to check cross-browser compatibility of your app across browsers. Though it’s not necessary to verify every browser, you can test the browsers that:

You should prioritize your testing process based on the above criteria, instead of testing every browser available over the cloud. Although testing new browsers is also beneficial if you have multiple parallel threads with the cloud vendor. But, spending time on something that is not yet valuable to you is a waste of time.

One thing that is often missed during functional testing by most testers is testing the UI across various screen sizes. Imagine a product designed for developers’ breaks on huge monitors that developers are fond of, what impact would it make on users when they run the product on a large screen?

Front-end developers spend a lot of time to write the perfect breakpoints for a web app, and it would be a waste of that if you don’t test them on various screen sizes. Also, as the number of mobile devices is increasing day-by-day, it makes it crucial for testers to test the functionality of web app across mobile browsers and screen resolution.

11. Keep Track of Your Testing Process

It is always a good practice to set up real-time alerts for your testing process so that you get a notification whenever your test fails, even if other tests are running in the background. You can easily set up bug tracking and monitoring with a cloud testing platform that will provide you with the status of your test runs and notify you and your team.

Moreover, you can simplify the testing workflow by integrating the cloud solution with the bug filing tool. It will automatically create tasks in the bug tracking tool so that developers can identify them and start fixing or recreating them.

Make sure the cloud platform that you choose for functional testing fulfills your continuous testing pipeline requirements while improving your ability to design, run, maintain, and manage the tests via critical integrations.