Here is the build pipeline of one of my sample applications. I highlighted the report generator task on the screenshot. Notice also date based versioning task in the pipeline. 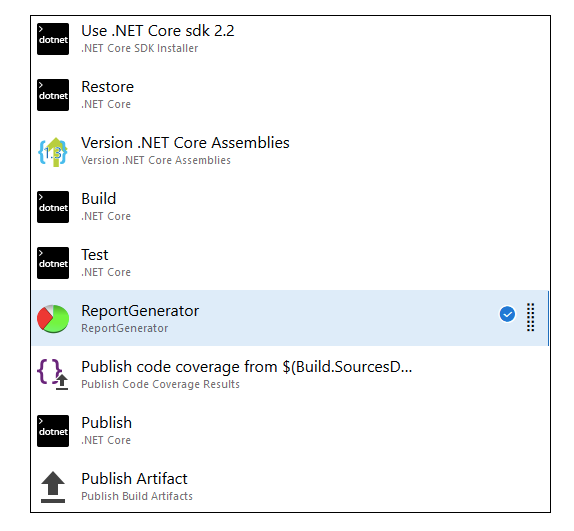 The report generator is run after tests because before the tests we didn't have test results or code coverage data.

Most of the important work is done when unit tests are run. This is why we need to configure the test task first. Here is an example. We configure a unit test task that runs unit tests, gathers code coverage information, and saves the results to a build server disk. The results are XML files we need as an input for code coverage reports. 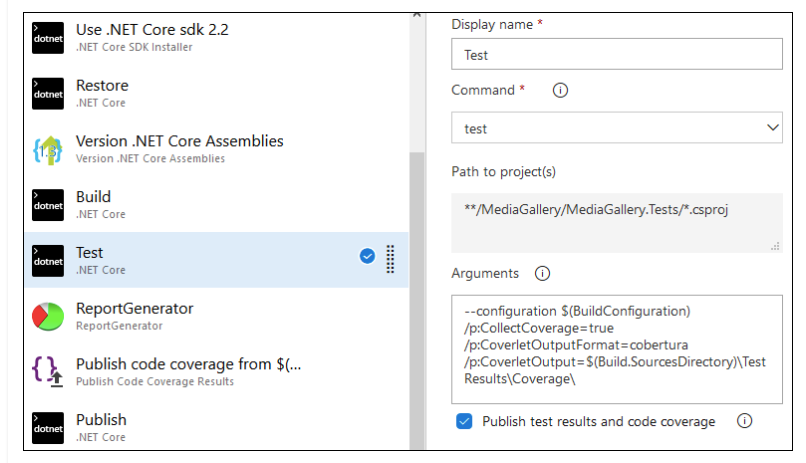 Here is the arguments block as text for copy and paste. It must be all one line with no line breaks in Arguments field of test task.

Run build to see if the test task succeeds and there are no errors and warnings. 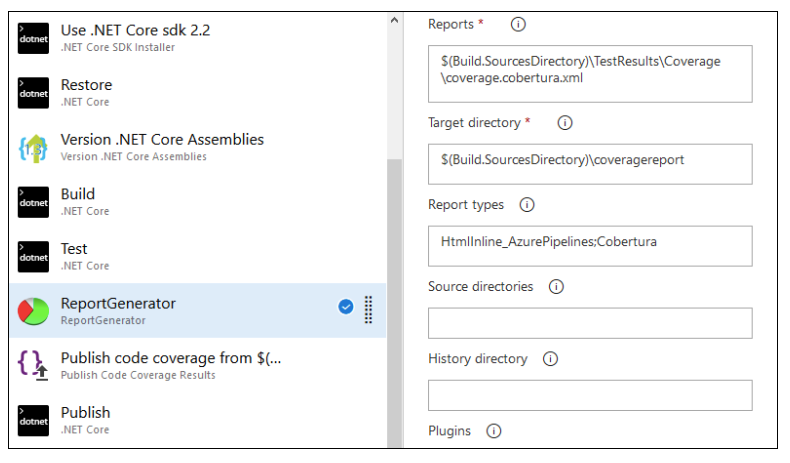 The report types field specifies what type of reports we want. Here I asked for inline HTML, especially for Azure Pipelines and Cobertura. This is how I got reporting to work.

If you notice testing framework assemblies and namespaces (in my case xUnit) in code coverage reports, then add set Assembly filter property of ReportGenerator task  to: -xunit*.* . Using similar patterns, it's possible to leave out also other unwanted assemblies.

Save the changes to a build pipeline and run it to make sure all the steps succeed and that there are also no warnings by the unit tests or report generator task.

If all the steps in pipeline succeeded then there will be a new link to code coverage reports in the header of the pipeline run (in red rectangle). It is shown there automatically if code coverage information is published correctly. 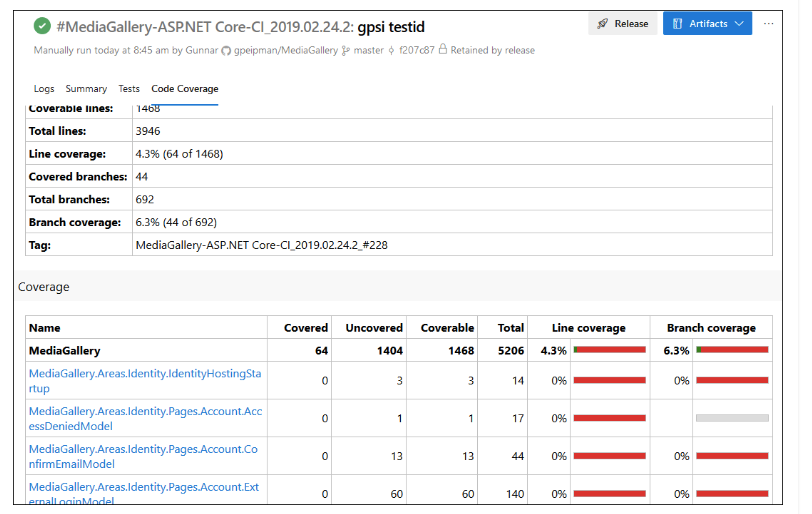 The report is interactive and we can click on class names to see more specific details about code coverage. 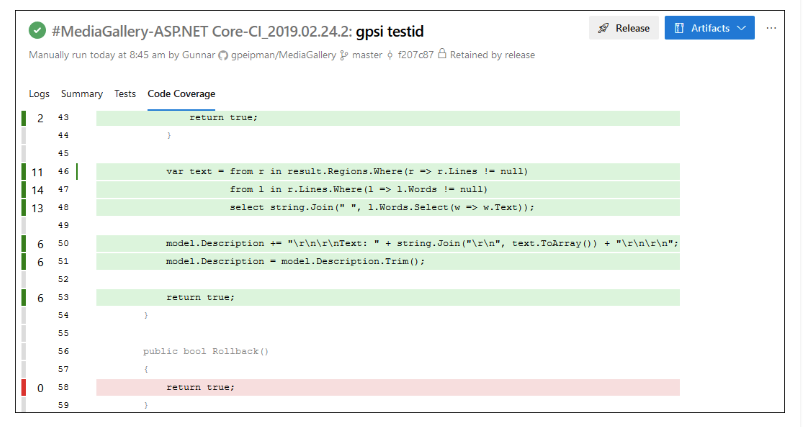 Reports like this are generated every time our build pipeline is run. If we make a build pipeline run on every commit to code repository, then we get code coverage reports for every build automatically.