a final variable is used to define a constant value and reference, and can only be defined once. in most cases, declaring a final variable is just a matter of assigning to a primitive value or an object reference directly.  however, in some cases, declaring a final class/instance variable may be more involving especially it gets assigned from a method that throws an exception (eg api for database access, web access), or it may involve multiple statements.

in such cases, the code may become cluttered with class helper methods and dummy temporary variables that help define the final variable, making the code look less elegant and harder to maintain. the following common ways of declaring a final variable in those situations might look familiar to many. 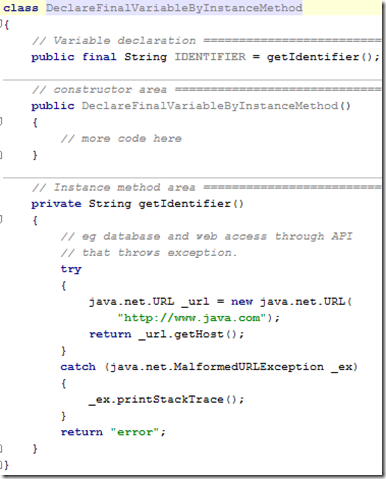 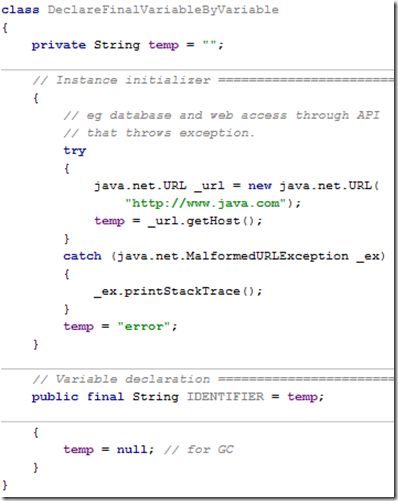 there is generic helper class whose interface and method accept a parametric type similar to the type of final variable.  the advantage of using generics is that the type mismatch will be caught at compile time rather than runtime. this design pattern is termed assigner because it assigns value to a variable from initializing method. 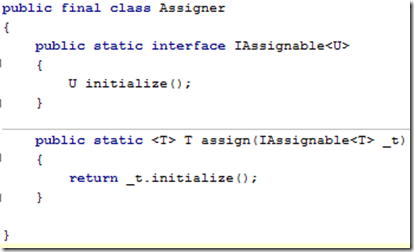 using the design pattern, the code becomes cleaner and elegant. 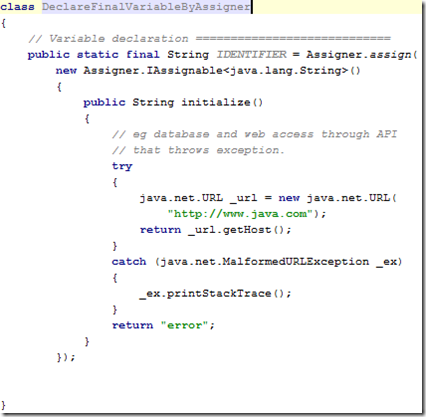 the above can be downloaded - assigner.zip (1kb)

some will probably argue that assigner design pattern may not be efficient compare to the first two ways since additional bytecode classes are generated for assigner helper class and inner class. however, like other design patterns, code readability and reusability may outweigh the negligible performance loss and inefficiency.