Red Hat Open Shift offers a consistent hybrid-cloud foundation for building and scaling containerized applications. Open Shift provides an enterprise-grade, container-based platform with no vendor lock-in. Red Hat was one of the first companies to work with Google on Kubernetes, even before launch, and has become the second leading contributor to the Kubernetes upstream project. Open Shift also provides a common development platform no matter what infrastructure we use to host the application.

Quarkus provides a container-first approach to building Java applications. This approach makes it much easier to build microservices-based applications written in Java as well as enabling those applications to invoke functions running on serverless computing frameworks. For this reason, Quarkus applications have small memory footprints and fast start-up times.

Red Hat AMQ Streams is a massively-scalable, distributed, and high-performance data streaming platform based on the Apache ZooKeeper and Apache Kafka projects. 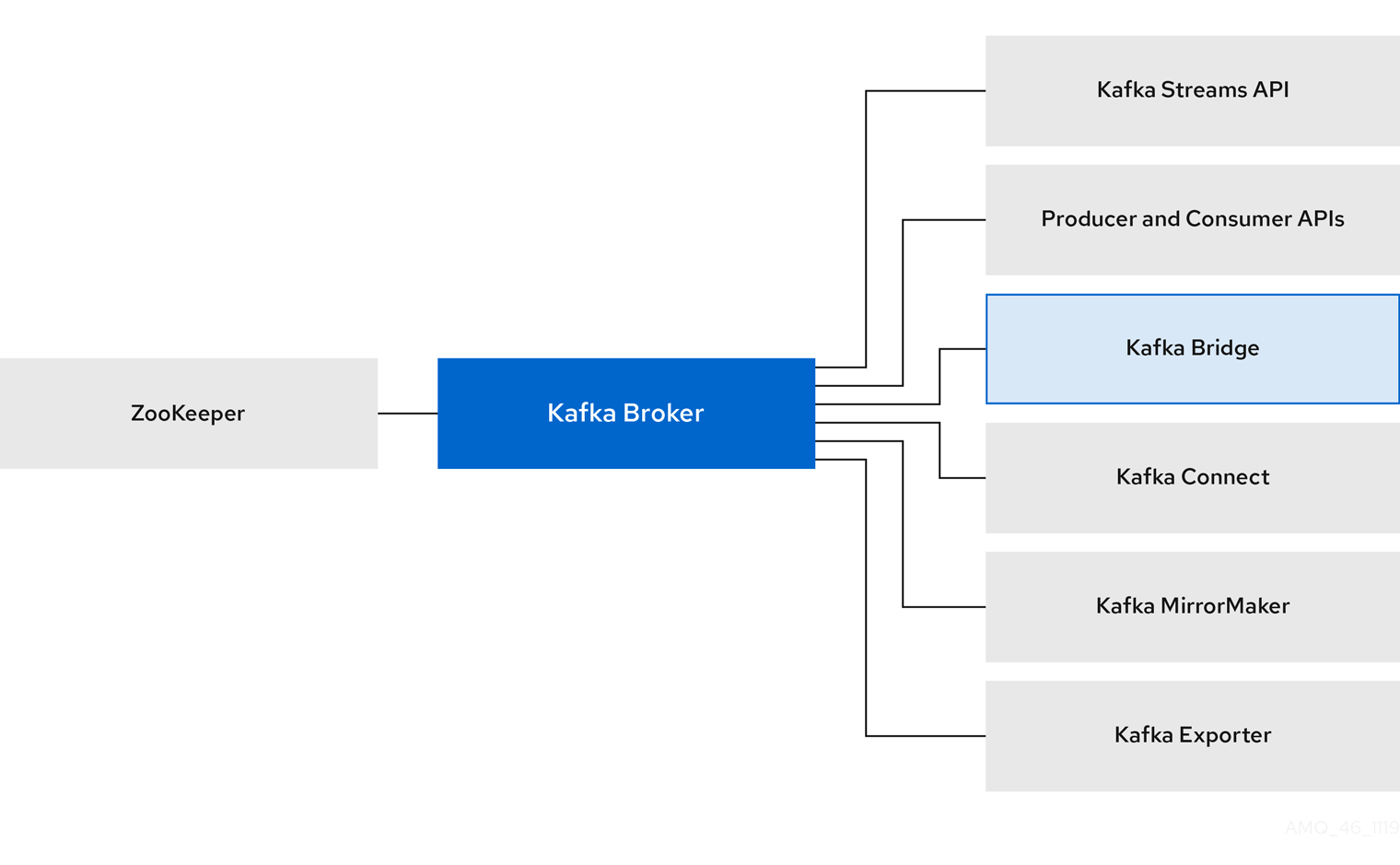 For this demonstration, you will need the following technologies set up in your development environment:

In this article, we demonstrate how to publish and consume messages from Kafka Topic using camel-quarkus-Kafka. 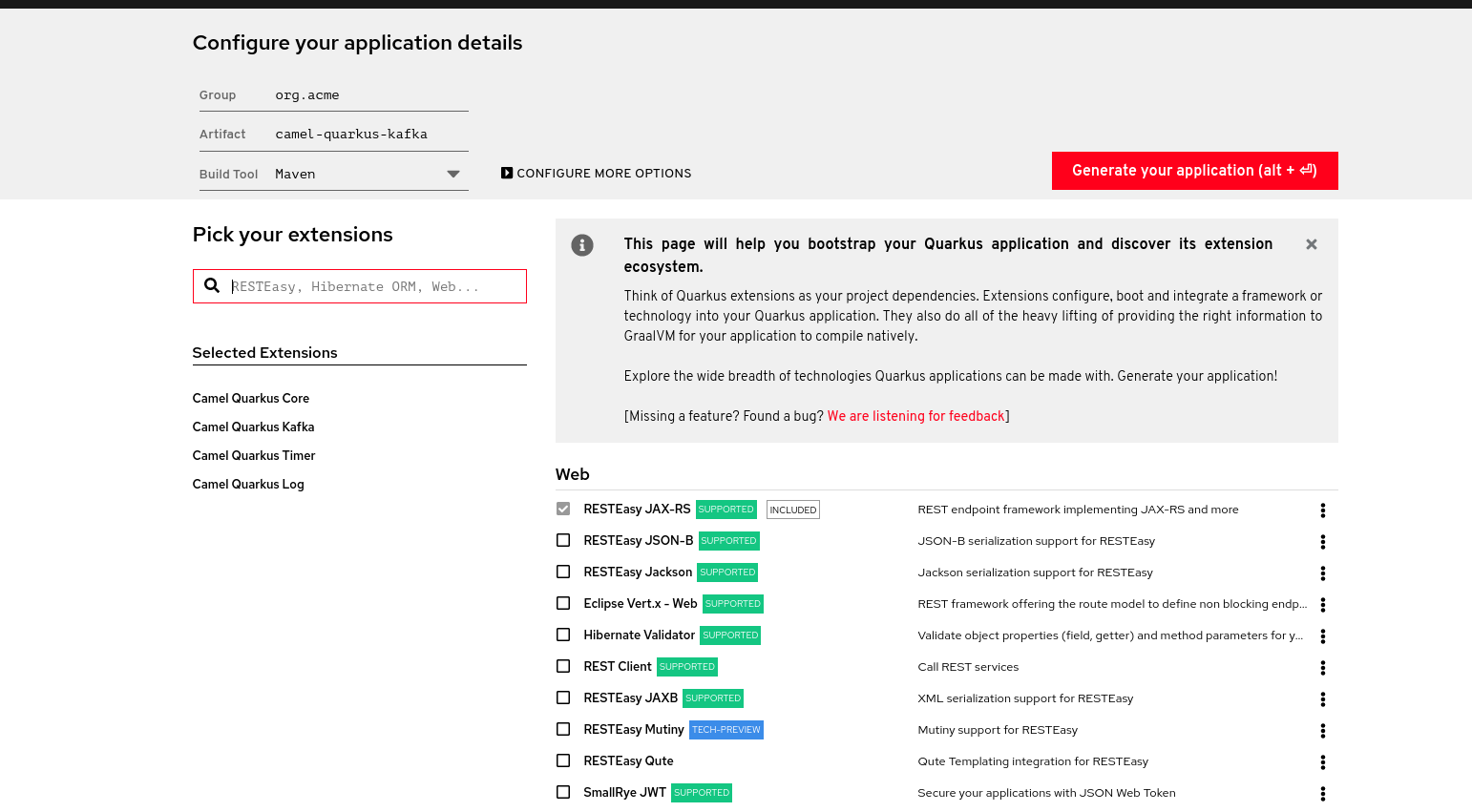 To Run the example as an external client, first extract and import the openshift Kafka cluster cert

Run the application in dev mode

1. Change to the directory that contains your Quarkus Maven project.

2. To add the Open Shift extension to an existing project, enter the following command:

3. When you add the OpenShift extension, the script adds the following dependency to the pom.xml file:

4. If you are using an untrusted certificate, add the following line to the src/main/resources/application.properties file:

5. Log in to the Open Shift CLI (oc) and create a new Open Shift project

6. To deploy your project to Open Shift, enter the following command in your Quarkus Maven project directory