The main purpose of the extension is to integrate Ignite into Spring Boot application with minimal configuration. This autoconfigure module serves in two different flavors:

In this blog post, I am going to develop a simple Spring Boot application with the "ignite-spring-boot-autoconfigure-ext" extension to explore the autoconfiguration capabilities of the module. 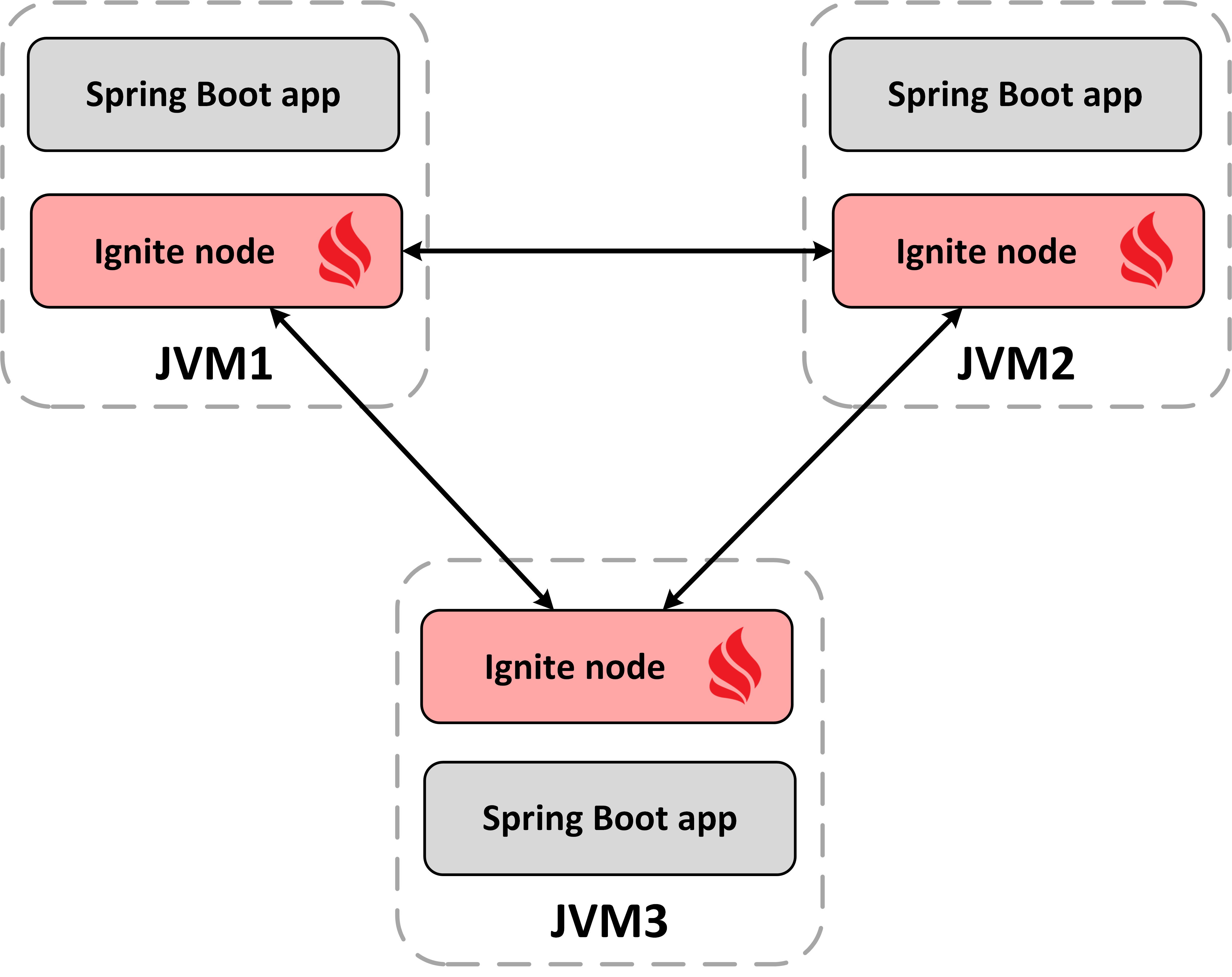 To effectively demonstrate the capabilities of "ignite-spring-boot-autoconfigure-ext," I am going to create a simple Spring Boot web application that will expose a REST API "/getQuote" and use the Ignite node as an in-memory database. The project we have you work within this post is fictitious and simplistic, it would be best for you to have the source code that accompanies the article. You can check out the source code from Github.

Now that you have had a moment to peruse the code, let's develop the application from scratch. It will take not more than five minutes.

Also, add the snippet below into the project pom.xml file.

The spring-boot-starter-parent is a special Spring Boot starter project that provides default configurations for our project.

Here, ignite-spring-boot-autoconfigure-ext is the key Maven dependency. Once added, the Spring context will create an Ignite instance on startup automatically. Don't forget to replace the ignite.version parameter with your version of Ignite. I am going to Ignite version 2.8.0 for this project.

Step 4. Create a folder named resources under the /src/main directory and add the following Ignite node configuration into the application.yml file as shown below.

Most of the Ignite configurations are uses by default. However, we added a cache/table named QUOTE with two columns: ID, VAL.

Step 6. Add a new Java class with the name DemoController , which will be the REST controller for the web application.

The above REST controller contains two methods:  index(),  getQuote(). The  getQuote()  method is mapped to the URL /getQuote. Whenever you invoke the REST API, the method will query the table QUOTE and return you a quote randomly each time.

Step 7. The last step to build & run the project. Execute the following command in your favorite terminal.

The above command should build the project and deploy (execute) a standalone Spring Boot application. You can see the results of the command in the console.

Now, if you invoke the  /getQuote REST API through any command-line tool like curl or browser, you should have a similar output as shown below.

At these moments, you can also use the Ignite SQLLINE tool to connect to the Ignite node and run some queries. See the screenshot below.

Finally, create a few more instances of the same application. Just like you did before, execute the following command with a different port as follows.

Now, you have two standalone applications that form an Ignite cluster with two nodes. Use the Ignite visor command-line tool to see a summary of the cluster.

In this short blog post, we have learned how to use an ignite-spring-boot-autoconfigure-ext extension to develop a full flagged Spring boot application with an in-memory database like Ignite.