In the good old days, applications were simple. A browser sent a request to a web app endpoint; the latter fetched data from a database and returned the response.

The rise of mobile clients and integrations with other apps upset this simplicity. I want to discuss one solution to handle the complexity in this post.

The Increased Complexity of System Architecture

A possible solution would be to return all data and let each client filter out the unnecessary ones. Unfortunately, phone clients also suffer from poorer bandwidth. Not every phone has 5G capabilities. Even if it was the case, it's no use if it's located in the middle of nowhere with the connection point providing H+ only.

Hence, over-fetching is not an option. Each client requires a different subset of the data. With monoliths, it's manageable to offer multiple endpoints depending on each client. 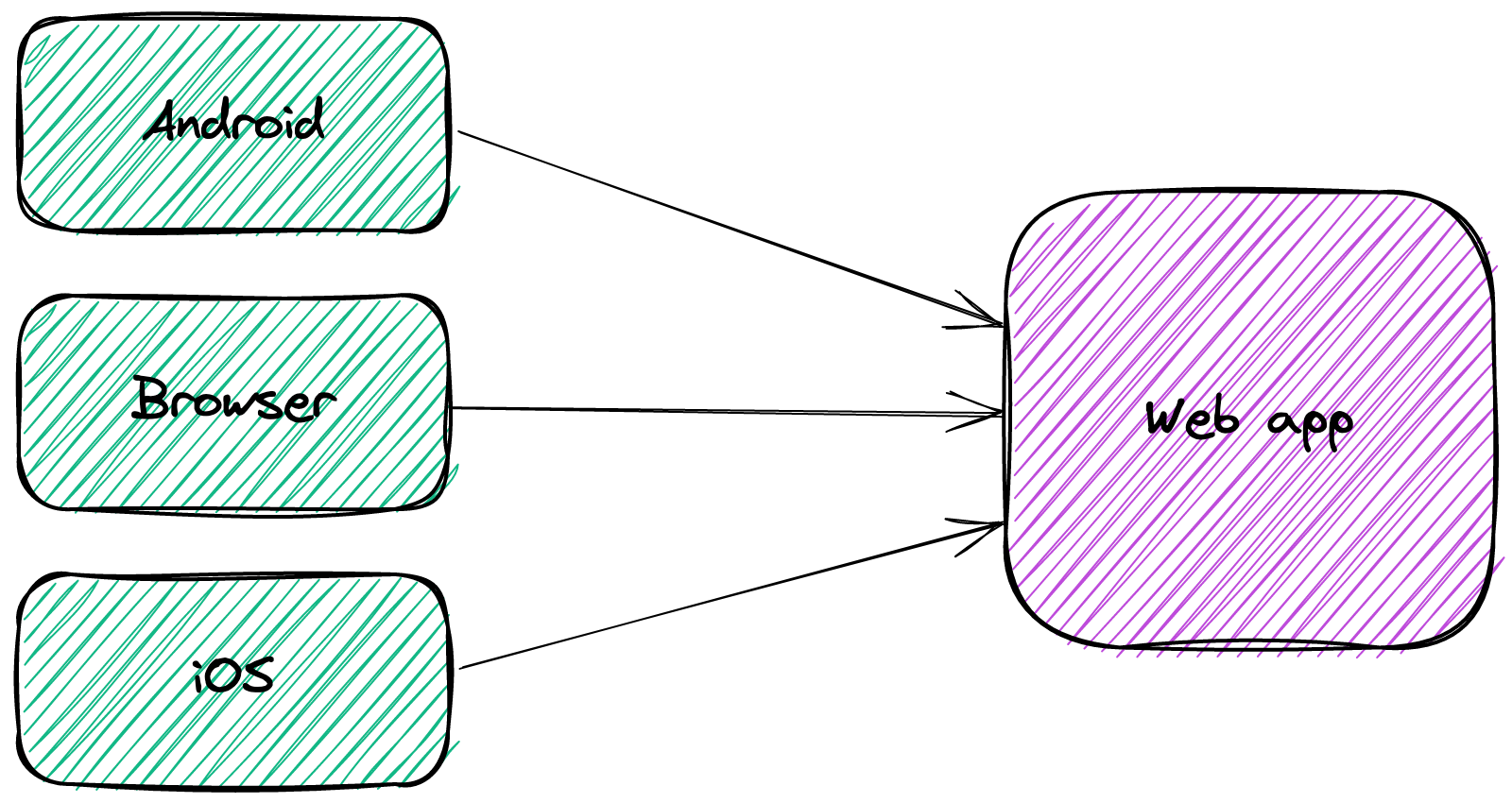 One could design a web app with a specific layer at the forefront. Such a layer detects the client from which the request originated and filters out irrelevant data in the response. Over-fetching in the web app is not an issue.

Nowadays, microservices are all the rage. Everybody and their neighbors want to implement a microservice architecture.

Behind microservices lies the idea of two-pizzas teams. Each team is autonomous and is responsible for a single microservice - or a single front-end application. To avoid coupling between the development effort, each microservice team publishes its API contract and handles changes very carefully. 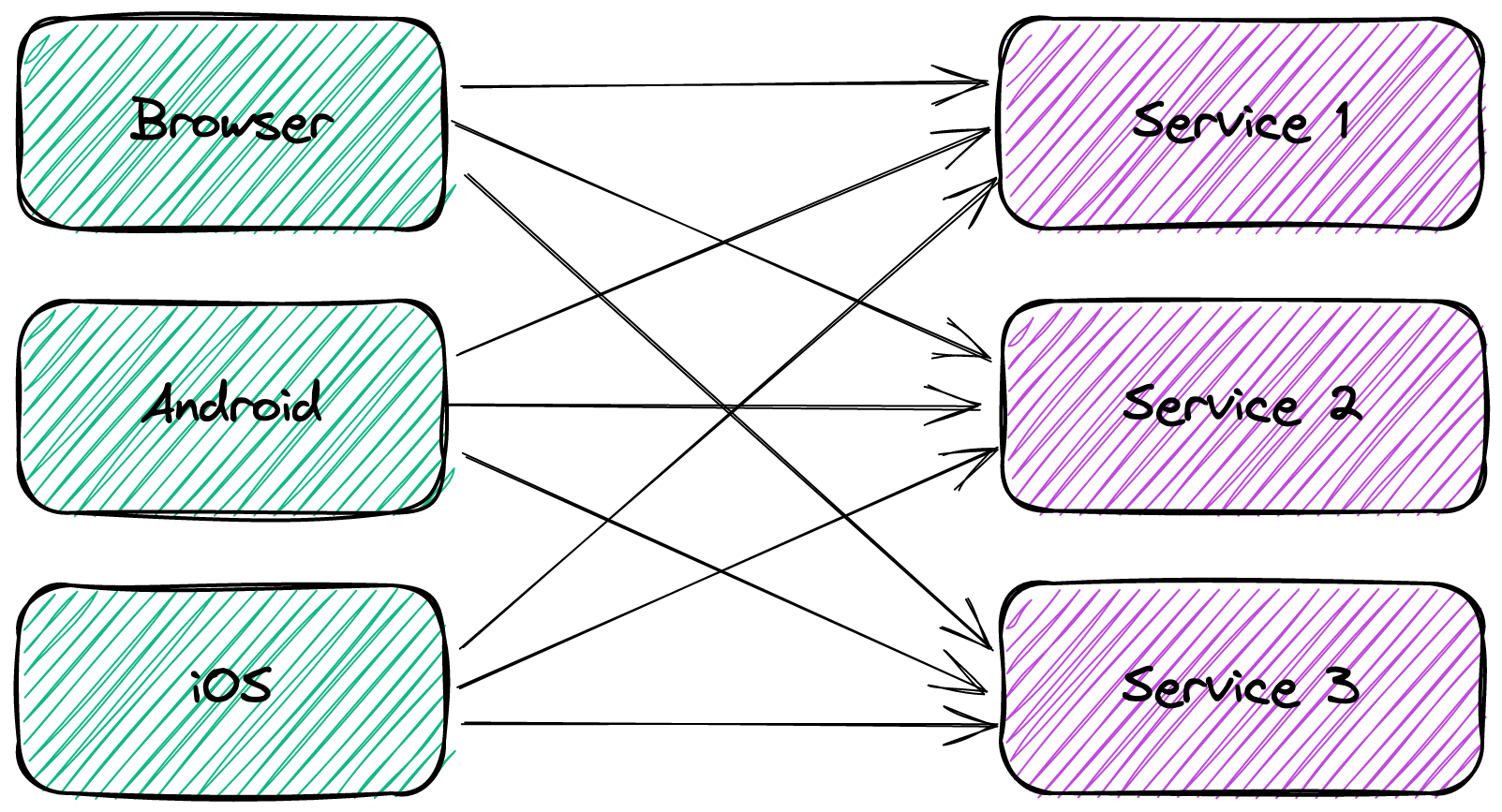 The Solution: Backend for Front-End

The idea behind BFF is to move logic from each microservice to a dedicated deployable endpoint. The latter is responsible for:

The same team develops the client and its associated BFF. BFF offers the same trade-off as microservices: improving the development velocity by increasing the system complexity.

The literature about BFF implies dedicated deployment units, as in the diagram above. Some posts, like this one, oppose BFF with API Gateways. But the conceptual diagram shouldn't necessarily map one-to-one with the deployment diagram.

Like in many areas, people should focus more on the organizational side of things and less on the technical side. In this case, the most critical point is that the team responsible for the front-end is also accountable for the BFF. Whether it's a separate deployment unit or part of the API Gateway configuration is an implementation detail.

For example, with Apache APISIX, each team could deploy their BFF code independently as a separate plugin.

For the monolith, the situation is the following:

In the BFF case, we are back to one request, in T time, whatever the implementation. Compared to the monolith, there are additional requests t1, t2, ti, tn from the BFF to the microservices, but they are probably located together. Hence, the overall time will be longer than for a monolith, but since each t is much shorter than T, it won't affect the user experience much.

You probably shouldn't implement microservices. If you do, microservices shouldn't return the whole data and make clients responsible for cleaning them. Thus, the microservice needs to return the exact data necessary, depending on the client. It introduces a strong coupling between a microservice and its clients.

You want to remove this coupling. To achieve it, the Backend For Front-end approach extracts the cleaning logic away from each service into a dedicated component, also tasked with aggregating data. Each client team is also responsible for its dedicated BFF: when the client changes its data requirements, the team can deploy a new BFF version adapted for the new needs.

The BFF is a conceptual solution. Nothing mandates the fetching/cleaning/aggregating logic to be located in a specific location. It can be a dedicated deployment unit or a plugin in an API Gateway.