Join For Free
Wondering what Test Driven Development looks like? Then this is for you. Why not give TDD a try and see how you like it?

So What Is TDD?

Can you actually write a test before writing a single line of implementation logic? How do you know what method, class, or interface will contain the method under test? Sounds a bit odd… That’s exactly how I felt when I first read about TDD.

According to Wikipedia: "Test-driven development (TDD) is a software development process that relies on the repetition of a very short development cycle: requirements are turned into very specific test cases, then the software is improved to pass the new tests, only."

But once I got the hang of it I realized, that’s the whole point! It guides you through the design.

The TDD concept was introduced by Kent Beck, and in his book "Test Driven Development: By Example," he explains the pains of the traditional development process and how adopting test driven development helps. Also, the foundation and key concepts are explained with lots of code samples.

Let's Test the Waters with a Hello World in TDD

All that is great! But how do you practice TDD in Java development? Well, I started by applying it to a "Hello World." Too trivial, I know, but I like it to be as simple as possible.

NOTE: Please head over to https://javacodehouse.com/tdd-tutorial to see this in action with full animated GIFs.

We think of the outcome first, and write an assert to test if we get what we want. In this case, we want the string "hello world." 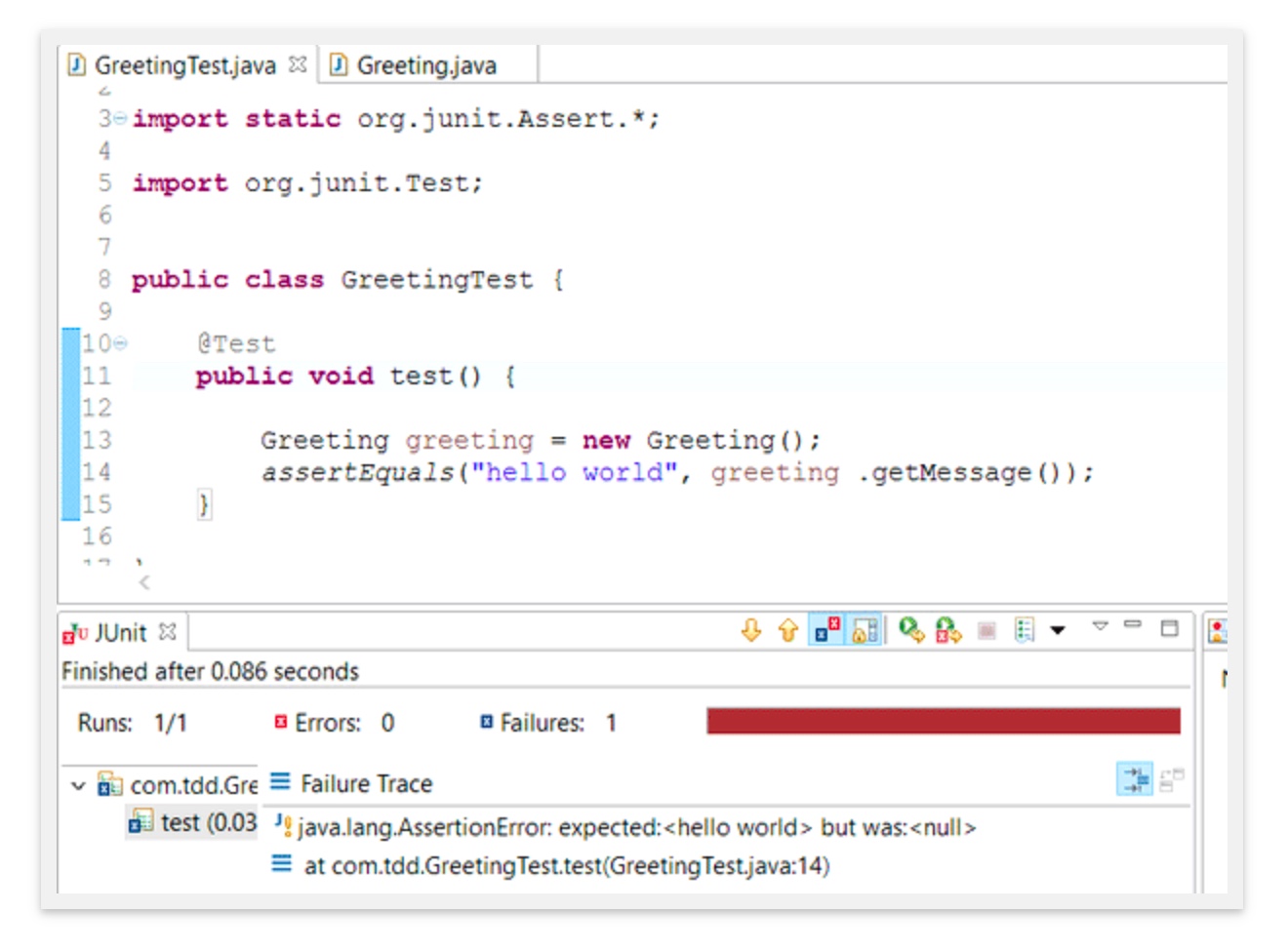 2 | Writing the Minimum Code in Order to Pass the Test 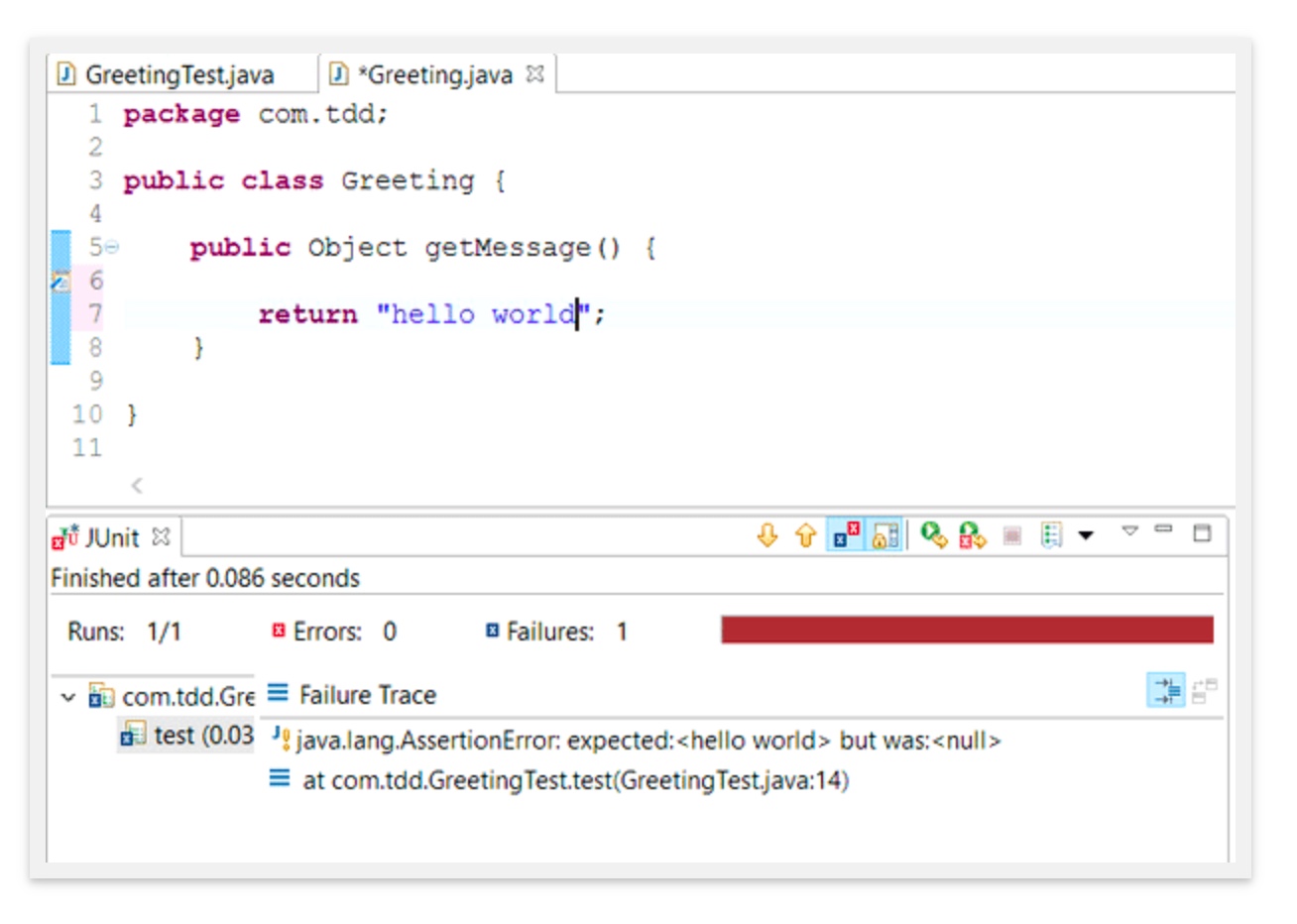 3 | Refactor Both the Test and the Implementation 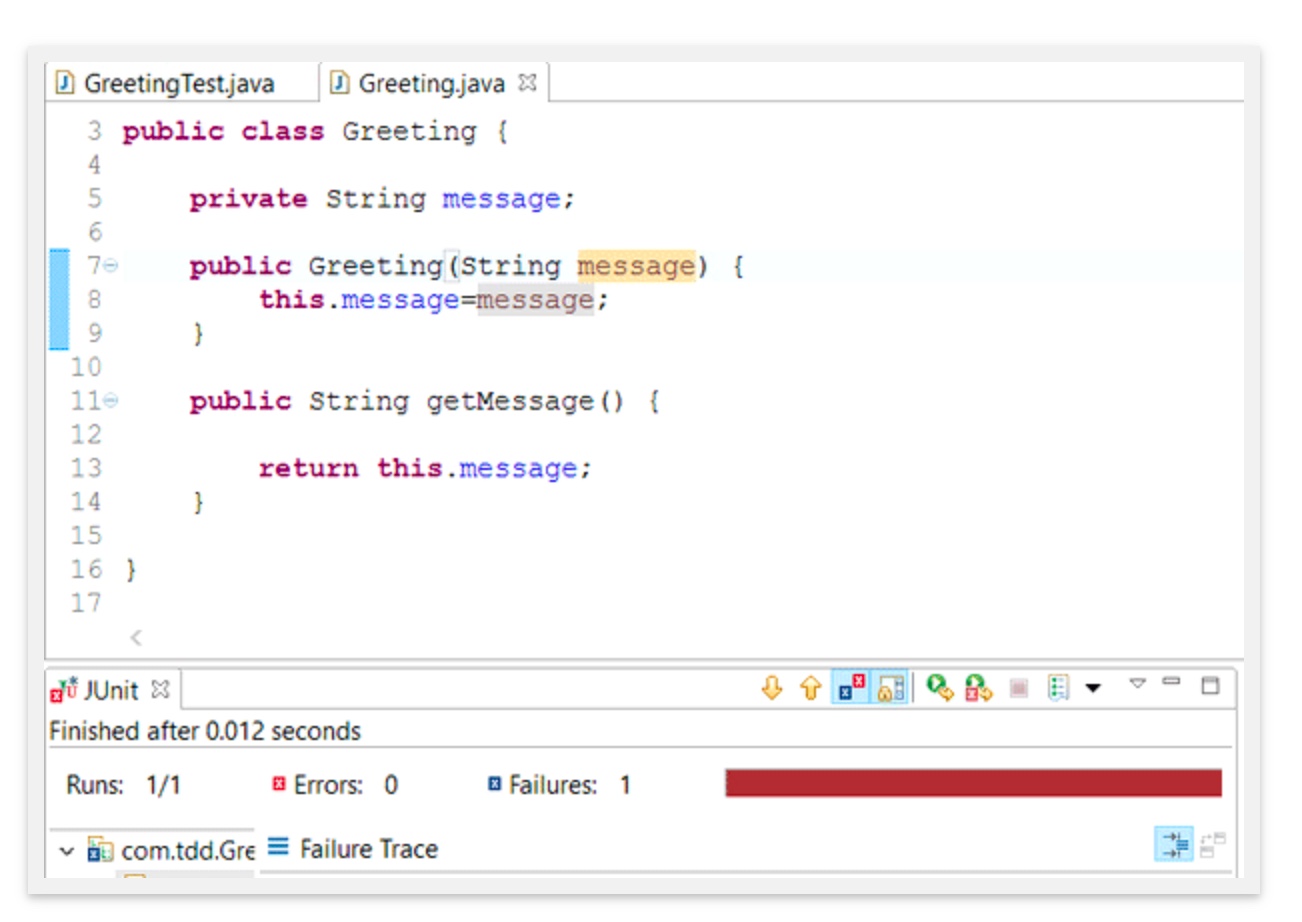 It’s that simple. So what’s keeping you from practicing TDD? Let’s get started.

For the majority of us who are so used to writing the method or function first and writing the unit tests later, or may be skipping it altogether, it may feel like swimming upstream, but like anything, a bit of practice will make it a lot easier and more natural.

Following are a few things that motivated me and planted the foundation of TDD in myself:

Why Is It So Important to Write Good Unit Tests?

If unit tests lack quality (i.e. if the tests are not easily understandable by a person other than the one who wrote it, or if they inter depend on other tests causing multiple tests to fail if one test is broken, or if unit test suit take ages to run, etc.) maintaining those unit tests would become a nightmare in the long run and would ultimately lead to ignoring all the tests one by one as they fail. Don’t believe me? Then you may want to read this open letter from an ignored test.

Some qualities of a great unit test:

Like anything, the key to TDD is practice. But how do you practice? TDD Katas to the rescue.

KATA has its roots in Japan, and it means a detailed or defined set of movements to be practiced over and over again.

TDD Kata is a tiny bit of coding that you could repeat over and over again, not a new one every day but the same coding exercise until you get sick of it. So, head over to this repository where you can find a list of Katas to practice and start now.

Please leave a comment and let me know if you liked it!

Published at DZone with permission of Dilini Rajapaksha. See the original article here.