Screen sharing is a powerful way to foster immediate collaboration in a real-time meeting. It can speed things up while making sure that everyone is on the same page.

This post explains how to build a video streaming app with a screen sharing feature in the Flutter iOS and Android application using the EnableX Flutter development toolkit.

If you feel enabling the screen sharing feature is not that simple, you will be surprised!

To start screen sharing in the Flutter iOS app using EnableX-Flutter toolkit, users need to add "enx_flutter_plugin," "replay_kit_launcher," and "shared_preference_app_group" as a dependency in your pubspec.yaml. 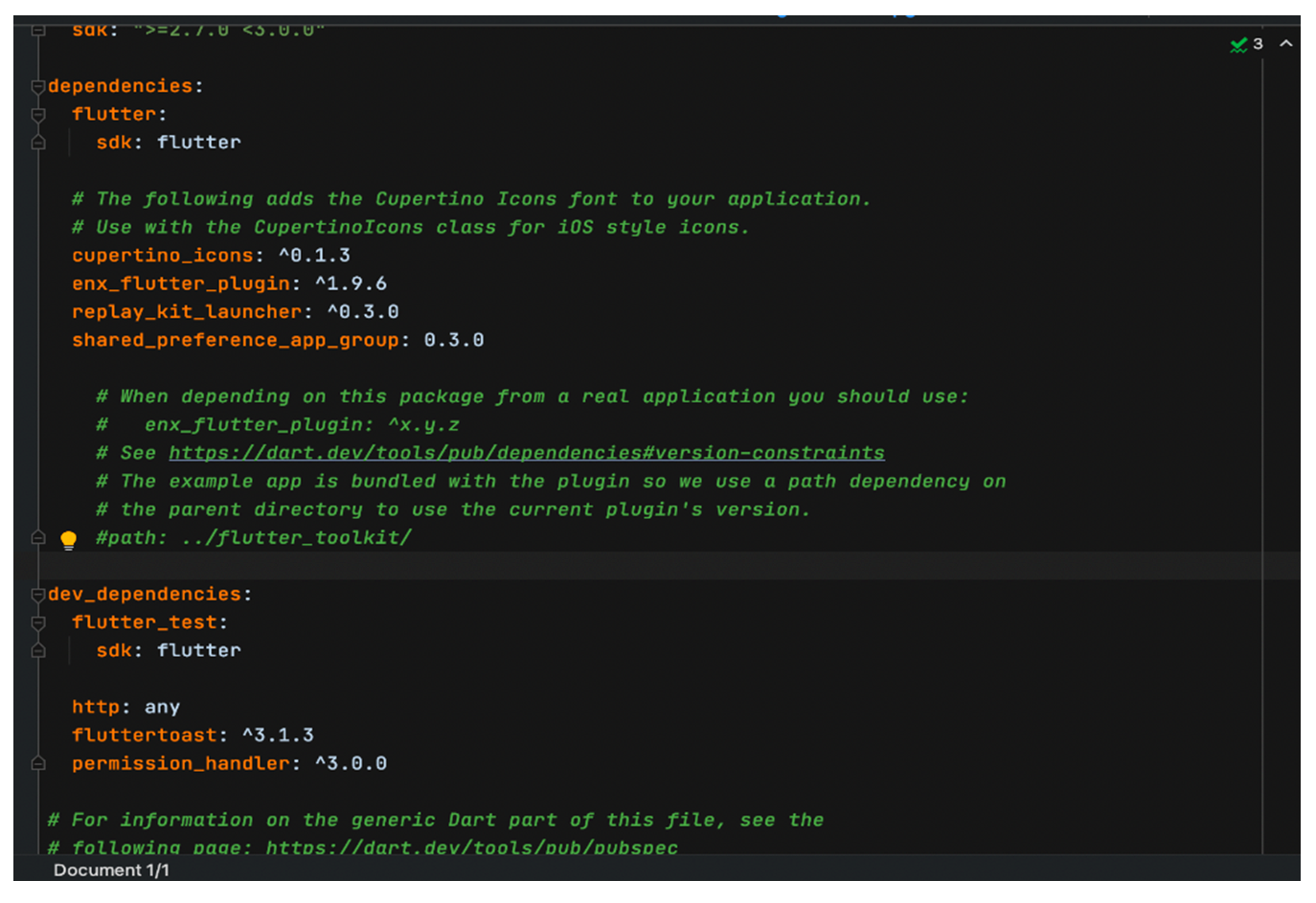 The purpose of the enx_flutter_plugin toolkit is to help enable real-time communication channels in your Flutter application.

Here it is to be noted that "BroadCastExtension," a free tool that allows to share or save content from anywhere on the web, is added through Xcode.

How to Add Broadcast Extension

You can do it easily by following the steps given below:

[Note: Ensure that your app target and broadcast extension target start with the same iOS version.]

Your broadcast is now ready to start. And you’ll start receiving sample buffer (the buffer frame of your image) in the broadcast class SampleHandler invoking a delegate method. The SampleHandler is the default class for broadcast extension, which helps update the state of current activity to the extension target:

Here are three additional broadcast delegate methods as given below:

*shared_preference_app_group helps to share data from one target to another one.

How to Add App Group

Here is how it can be done:

Once the app group is added, you can set a common name for it.

*App group should be added in another app target as well as in the extension target while making sure that the name of the app group remains the same in both targets.

The sample code for sharing data from the Flutter to iOS Native app is below:

How to Get Shared Data in Shared_Preference_App_Group to Native App

After you get the roomID and clientID, a user needs to pass the same Client ID to SDK via APIs using the Broadcast Extension target.

You can use this roomID to create a new token using a broadcast extension and EnableX.

For joining the room through Broadcast Extension, the user needs to add a new broadcast target in the POD file and EnableX iOS SDKs given below:

Also, add the following in the POD file:

Once you join the meeting room via the broadcast extension successfully, the broadcast target starts receiving callbacks from EnableX iOS SDKs.

However, you also need to consider some additional scenarios:

To enable screen sharing with the EnableX and Flutter plugin in an Android app, add “enx_flutter_plugin” and “flutter_foreground_task” as a dependency in your pubspec.yaml. 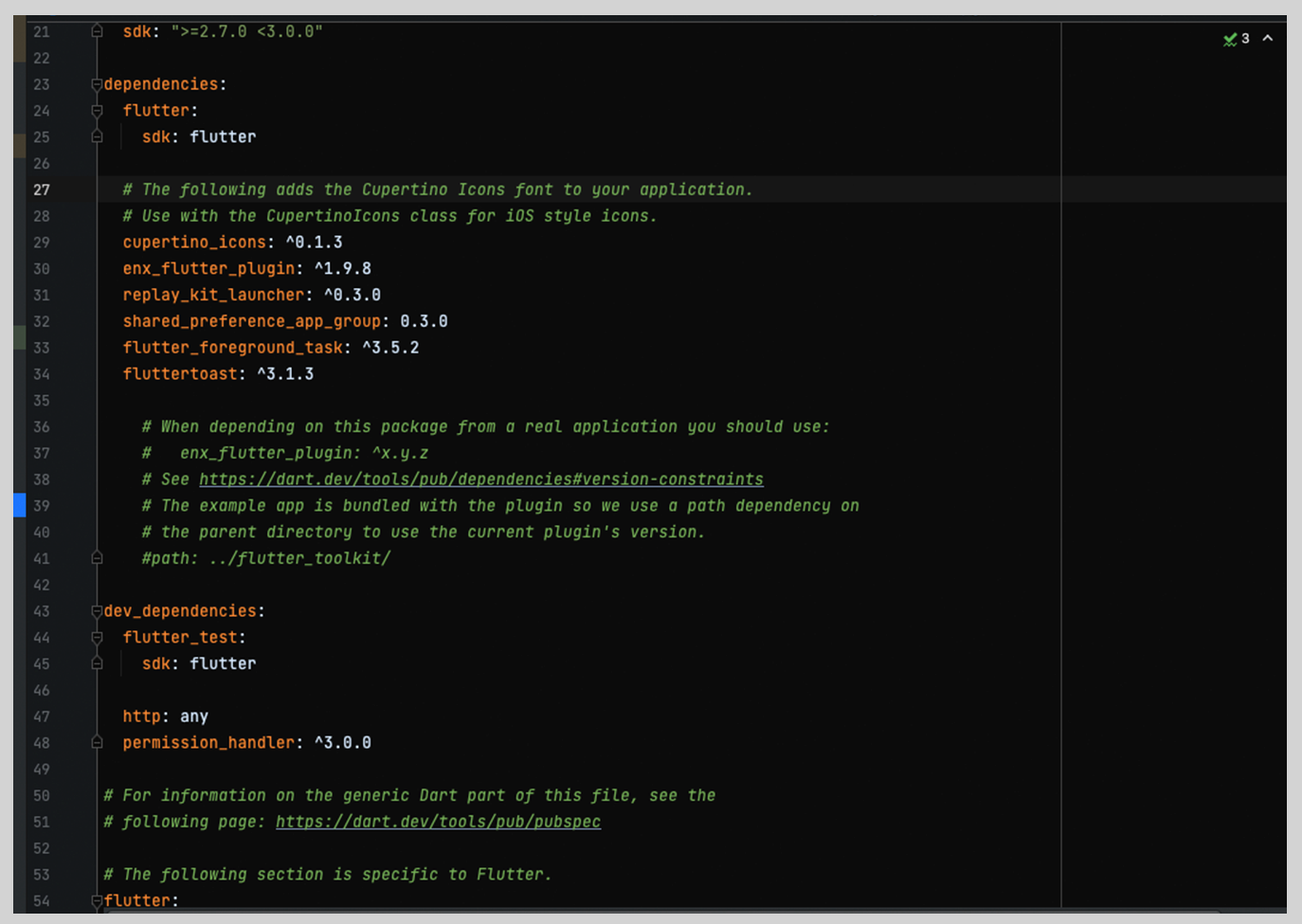 For an Android platform, we use the Flutter foreground task plugin to implement the foreground service.

Before a user starts screen sharing, we need to init foreground service: 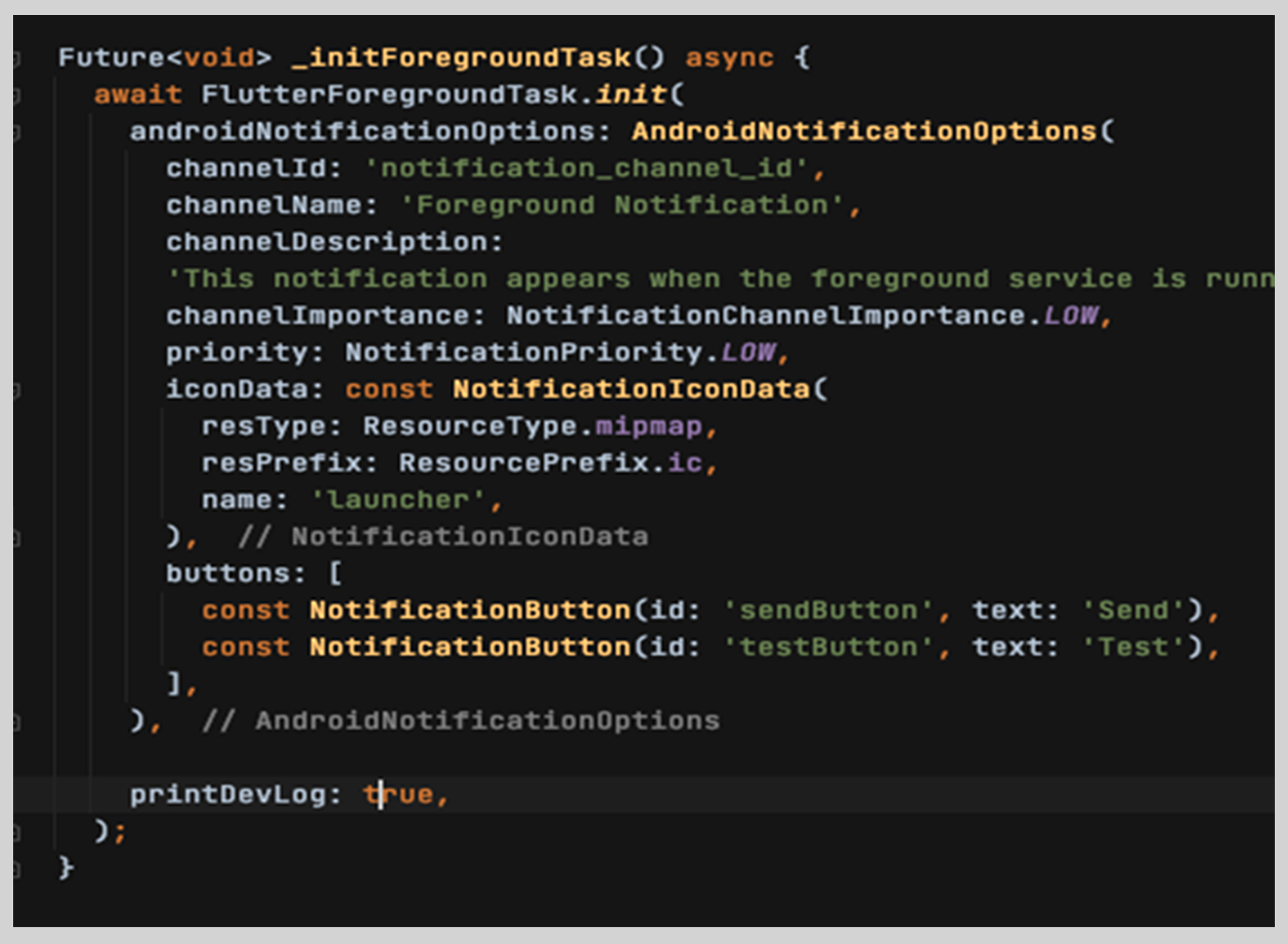 Also, you’ll need to register service in the Mainifest:

To stop, you’ll need to stop the Foreground Service. 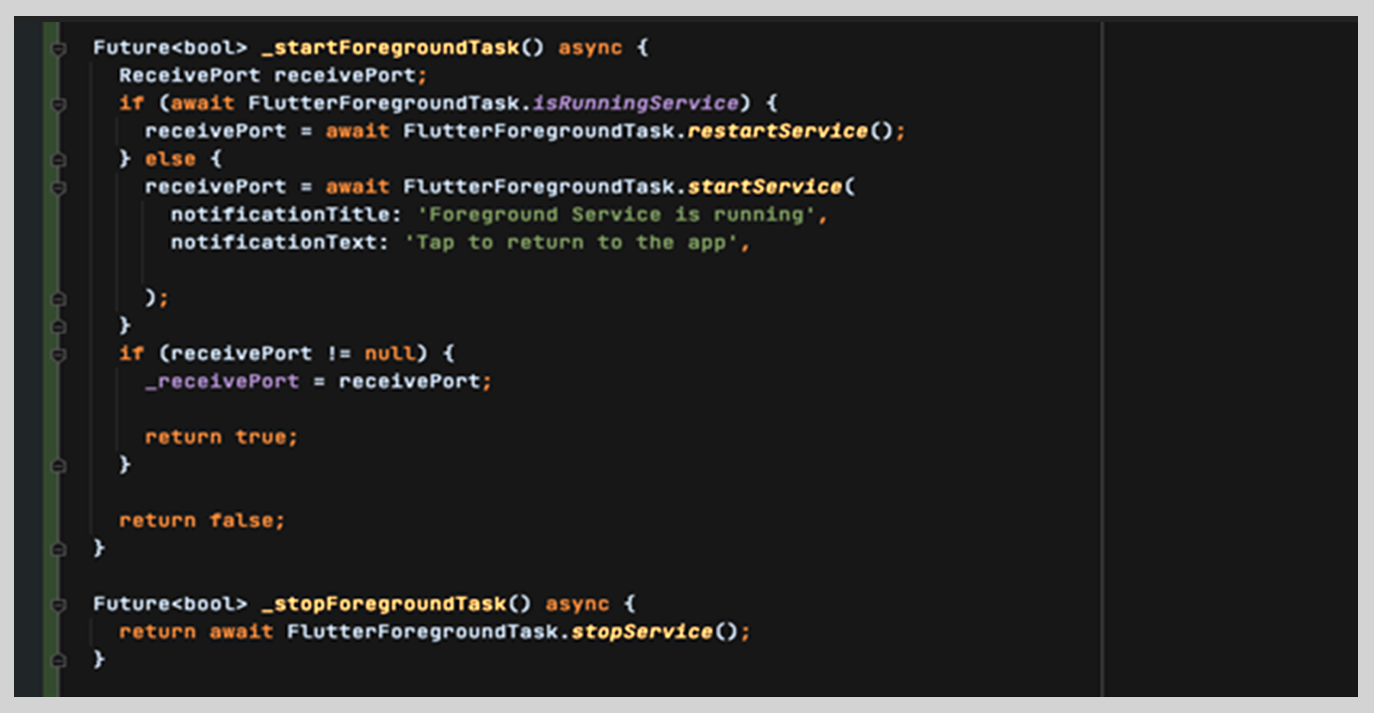 When screen sharing starts and stops successfully, the publisher receives acknowledgments of these events:

At the same time, other participants also receive a notification that screen sharing is now available:

You can set up a video chat with a remote participant. Once you join the room, hit the share the screen button and start sharing your screen.

We hope you have enjoyed the post. Using the above method, you can easily build a powerful video calling app and enable the screen sharing feature using the EnableX-Flutter toolkit.