The Java Virtual Machine is the heart of the Java ecosystem. Thanks to the JVM, when it comes to Java programs, we can 'write once, run everywhere.' Like other virtual machines, the JVM is also an abstract computer. The Java Virtual Machine's main job is to load class files and execute the bytecode they contain.

The bytecodes are executed in an execution engine. 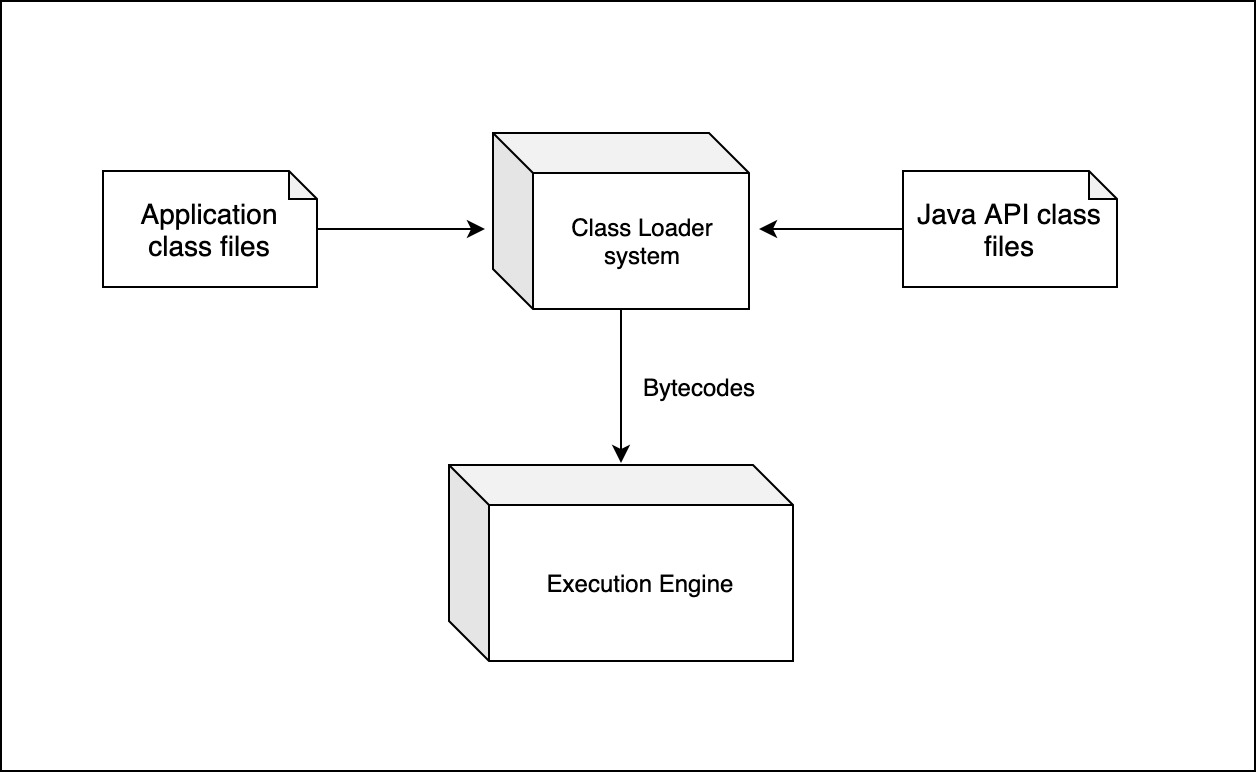 The class loader subsystem is responsible for more than just locating and importing the binary data for classes. It must also verify the correctness of imported classes, allocate and initialize memory for class variables, and assist in the resolution of symbolic references. These activities are performed in a strict order:

Note: In addition to loading classes, a class loader is also responsible for locating resources. A resource is some data (a ".class" file, configuration data, or an image for example) that is identified with an abstract '/'-separated path name. Resources are typically packaged with an application or library so that they can be located by code in the application or library.

The Java platform uses a delegation model for loading classes. The basic idea is that every class loader has a "parent" class loader. When loading a class, a class loader first "delegates" the search for the class to its parent class loader before attempting to find the class itself.

A class loader first determines if it has been asked to load this same class in the past. If so, it returns the same class it returned last time (that is, the class stored in the cache). If not, it gives its parent a chance to load the class. These two steps repeat recursively and depth first. If the parent returns null (or throws a ClassNotFoundException), then the class loader searches its own path for the source of the class.

The three built-in class loaders work together to load classes as follows:

To see the built-in class loaders, you can run the below code:

With Amazon Corretto 11.0.3 installed on my machine, the above code produces the following output:

You can check the ClassLoader APIs here (JDK 11).

Note: HotSpot VM (via Amazon Corretto 11 ) is used as reference JVM implementation in this series.

Stay tuned for part 2 where we take a closer look at JVM internals and the class file format.