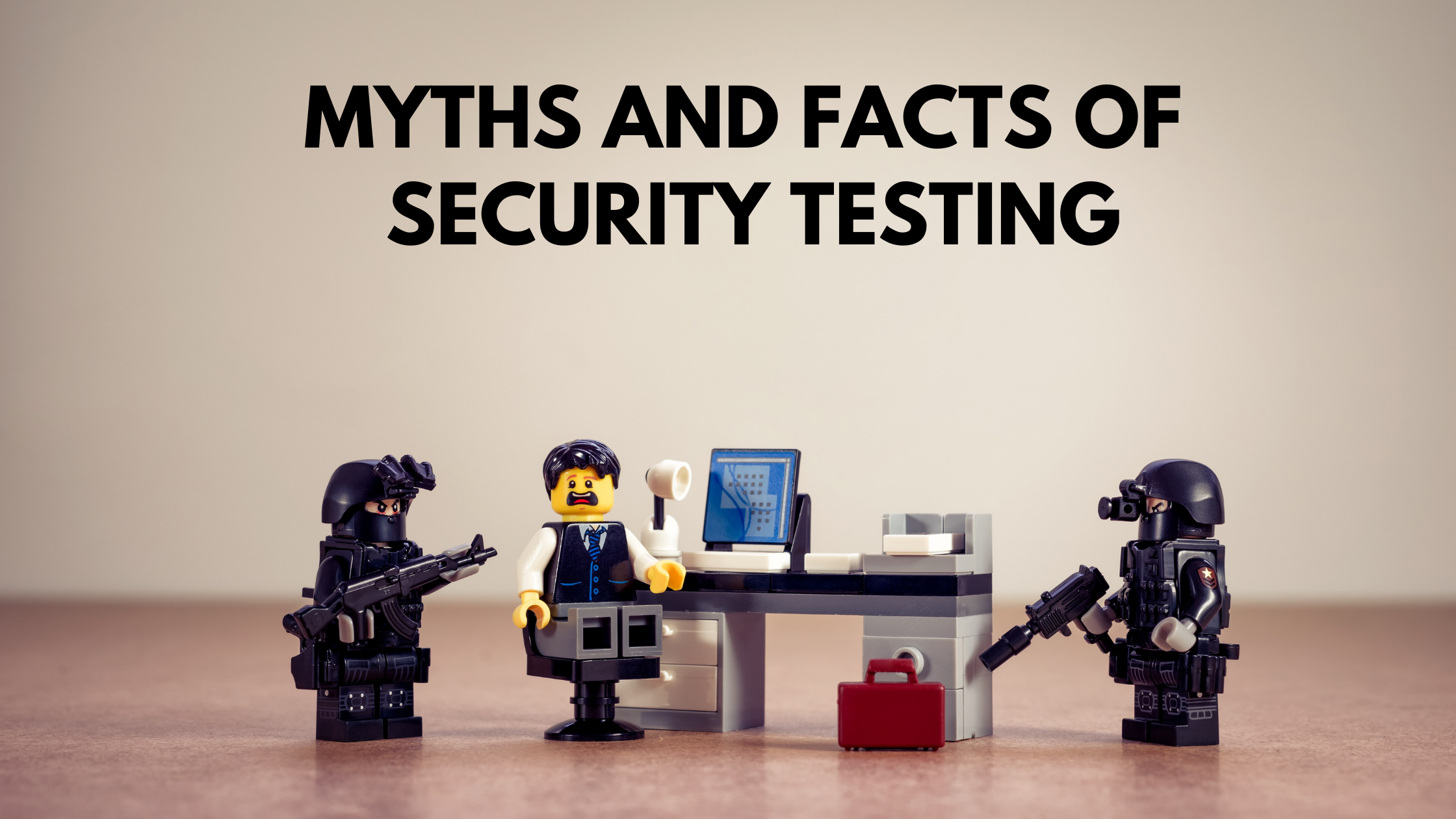 Software security is extremely valuable to users, and even more to the companies. Besides building secure application software, it is crucial to consider and test security right through the software lifecycle. Security Statistics 2018 Report, WhiteHat Security revealed that “The serious number of vulnerabilities in third-party libraries and free software continues to boost at a speed that makes remediation almost impossible for teams that do not assume measures to track third-party component use.”

Therefore, it is further critical now than ever before that enterprises add a potent approach to security testing for their software products. Despite this, some organizations still lag behind the rest of industry in implementing strong security tests due to a lack of understanding of what security testing really is.

Myths and Facts of Security Tests

Let us see some of the myths and facts of security testing:

1.  Security Is the Solo Responsibility of Testers

Not at all! This statement is far removed from reality. Security testing is not the job of a single group. However, a group of people from the quality, testing, and development departments must work together.

2. Security Testing Can Detect the Maximum Number of Threats and Vulnerabilities in an Application

Security Testing is one of the varied kinds of Security Testing that can easily detect threats and vulnerabilities in the software or application. However, it is untrue that this type of testing can perform the best job alone.

This is one of the foremost myths that resides in the Tech world, i.e. only Banking Applications necessitate security. As everyone thinks about the logic that banking apps incorporate confidential data, and loss of such data might affect the financial fund of so many folks. In short, it denotes a great loss to many people at a time.

Disappointingly, some people residing in this domain have thought that their small company doesn’t need a security check. They do not have the idea that these small businesses are easy to attack and more vulnerable. Cyber Attackers can easily hack your confidential data and they attack big on your small unit, so try to get that mindset blown away now!

Each company and business needs complete security checks or assessments, no need to compromise about it!

Security Testing guarantees clean out of the complete application with no mark of risks, vulnerabilities, or loopholes for the long-run.

6. Perimeter Security Is Sufficient to Protect Apps for Long-Run

The many or single layers of firewalls cannot be the single security network that protects an app. Firewalls are a momentary solution to check the insecurity of any app.

Many big organizations have lost their reputations as they were unable to provide enough privacy guards and security to its customers. They need to understand the significance of Security Testing team and what makes them crucial to their companies’ success. Security Testing is undoubtedly a crucial process to find security-related vulnerabilities and bugs. The most important method to do that is if we deal with the myths associated with security testing and adopt truthful and more factual mindsets.