Human technology, for the majority of our history, was limited to our brains, fire, and sharp objects. The biggest advancement has been made to human brains, while fire and sharp objects evolved into power plants and nuclear weapons.

Since the 1960s, the power of our brain machines has continued to increase dramatically, enabling computers to become smaller while also becoming more potent. But the physical boundaries of this process are about to be reached. Computer components are getting closer to atom size. We must establish certain fundamentals in order to comprehend why this is an issue.

What Is a Computer?

A computer is made up of extremely basic parts that perform very basic functions. P resenting data, the tools used to process it, and the controls. Modules on computer chips contain logic gates, which in turn contain transistors. The most fundamental type of data processor found in computers is the transistor, which functions as a switch that can allow or prevent information from passing through.

Bits that make up this information can be altered to either 0 or 1. Complex information is represented using combinations of many bits. Logic gates are created by combining transistors and still only accomplish extremely basic tasks. An AND gate, for instance, outputs 1 when all of its inputs are 1 and 0 when they are not.

What Are Logic Gates?

Finally, logic gate combinations result in useful modules, such as those for adding two numbers. After learning how to add, you can also learn how to multiply, and if you can multiply, you can do pretty much everything. Thus first-grade math is essentially simpler than all fundamental operations. A computer could be compared to a class of 7-year-olds who are answering very simple math problems. If there were enough of them, they could calculate anything, from Zelda to astrophysics. However, quantum physics is making things challenging as components become smaller and smaller.

A transistor is essentially just an electric switch. Electrons traveling from one location to another are what make electricity. Therefore, a route that may prevent electrons from traveling in one way is a switch. A typical transistor scale nowadays is 14 nanometers, which is 500 times smaller than a red blood cell and approximately 8 times smaller than the HIV virus. By using a technique known as quantum tunneling, electrons may be able to move to the other side of a blocked passage as transistors get smaller and smaller until they are only a few atoms in size.

Since physics behaves considerably differently in the quantum world than it does in a predictable manner we are used to, conventional computers are no longer useful. Our ability to advance technologically is getting closer to a genuine physical barrier. By creating quantum computers, researchers are attempting to make use of these peculiar quantum features to address this issue. 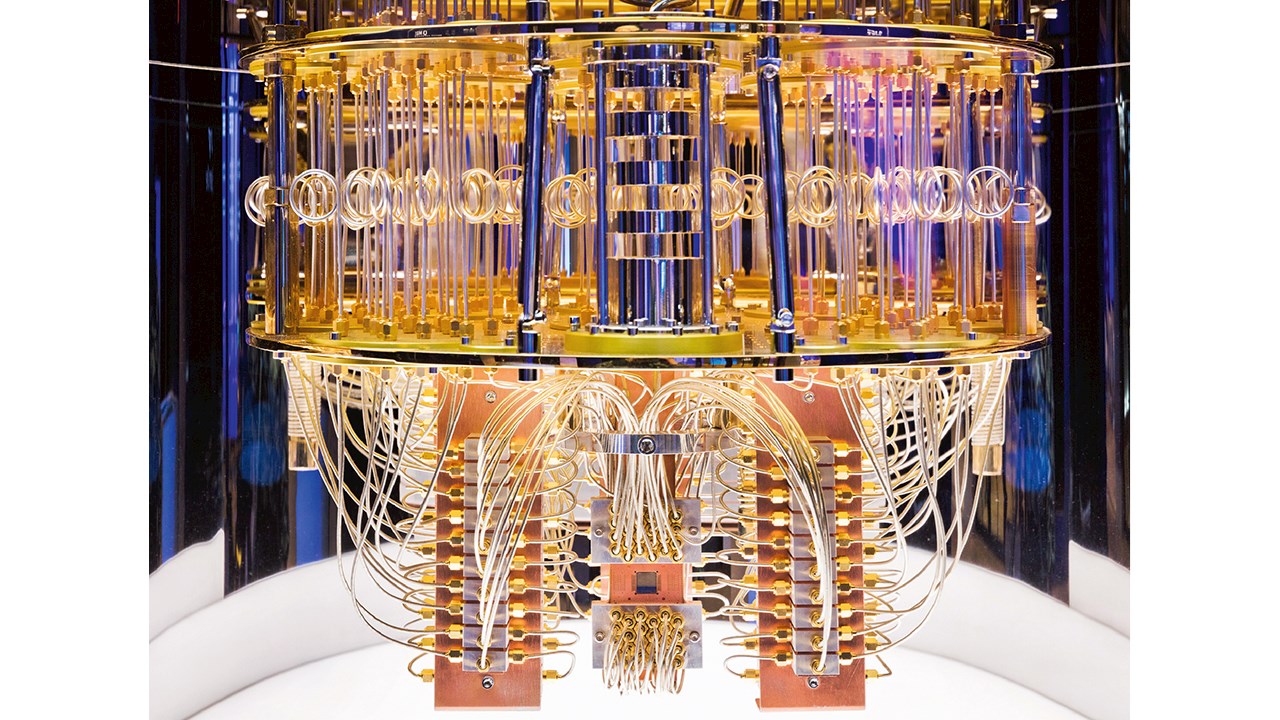 Bits are the smallest unit of information in typical computers. Qubits, which can also be set to one of two values, are used in quantum computers. Any two-level quantum system, such as a spin and a magnetic field or a single photon, can function as a qubit. The conceivable states of these systems are 0 and 1, much as the polarization of the photons. The qubit can be in all ratios of both states simultaneously in the quantum world; it is not limited to being in just one of those. It's referred to as superposition.

The photon must choose between being vertically and horizontally polarized as soon as its value is tested, such as by passing it through a filter. The qubit is, therefore, in a superposition of probability for 0 and 1, and you cannot anticipate which it will be as long as it is unseen. But the moment you measure it, one of the definite states is what it decomposes into. Superposition is revolutionary.

At any one time, four classical bits can be arranged in one of two to the power of four different ways. There are 16 possible combinations, but you can only utilize one of them. However, four qubits in superposition can be in each of those 16 possibilities simultaneously. With each additional qubit, this number increases exponentially. Twenty of them are already capable of parallel storage of one million values. Entanglement, a close link that causes each of the qubits to react to a change in the other's state instantly, regardless of how far apart they are, can be a particularly strange and counterintuitive qubit feature. This implies that by recording and measuring only one entangled qubit, you can infer, without having to look, at the characteristics of its partners. 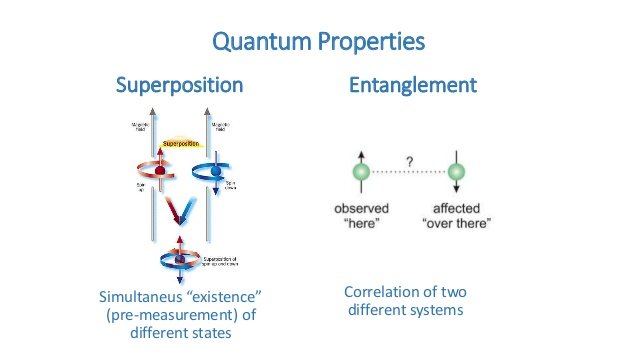 A typical logic gate receives a straightforward set of inputs and generates one distinct output. A quantum gate manipulates a superposition as an input, rotates the probabilities, and outputs another superposition. In order to entangle some qubits and alter probabilities, a quantum computer configures some qubits and uses quantum gates to do so. Measures the result at this point, reducing superposition to a real sequence of 0s and 1s. This entails that any calculations that are feasible for your system can be completed simultaneously. In the end, you can only measure one of the outcomes, and it will very certainly be the one you desire, so you might need to check again. However, by cleverly exploiting superposition and entanglement, this can be exponentially more efficient than would ever be possible on a normal computer.

Quantum computers are therefore substantially superior in some areas even though they won't replace our home PCs. Searching databases is one of them. A typical computer might have to examine each and every entry in a database in order to locate something there. Quantum computer algorithms only require the same square root of that time, which is a significant difference for large databases.

The most well-known application of quantum computing is to compromise IT security. Your surfing, email, and financial information are now protected by an encryption system in which you share a public key with everyone to encrypt messages that only you can decode. The issue is that your secret private key can actually be determined using this public key. Fortunately, performing the necessary calculations on a regular computer would require countless hours of trial and error. However, a quantum computer that has exponential speedup may do the task quickly. 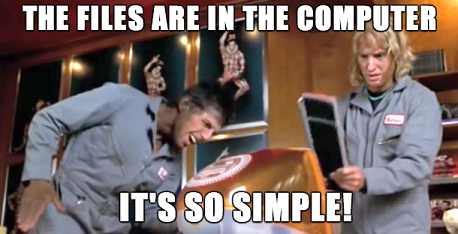 We don't yet know if quantum computers will be a major revolution for humanity or merely a niche technology. We have no idea where the limits of technology are, and there's only one way to find out.