A friend of mine runs a company that has almost 100 clients. His company is delivering IT services to its clients, managing databases, servers, apps, etc. Some of his clients have 1,000 + employees and create hundreds of millions of database records each month. For most people, such numbers would result in data becoming completely opaque.

How do you manage hundreds of millions of database records, divided unto thousands of databases?

Actually, the answer is simple; low code. There is no way you can create database administration tools manually for 1,000+ databases and clients. However, with a low-code tool such as Magic that securely wraps your database into something resembling the following, all of a sudden, you've got perfect access to manipulate your data as you see fit. 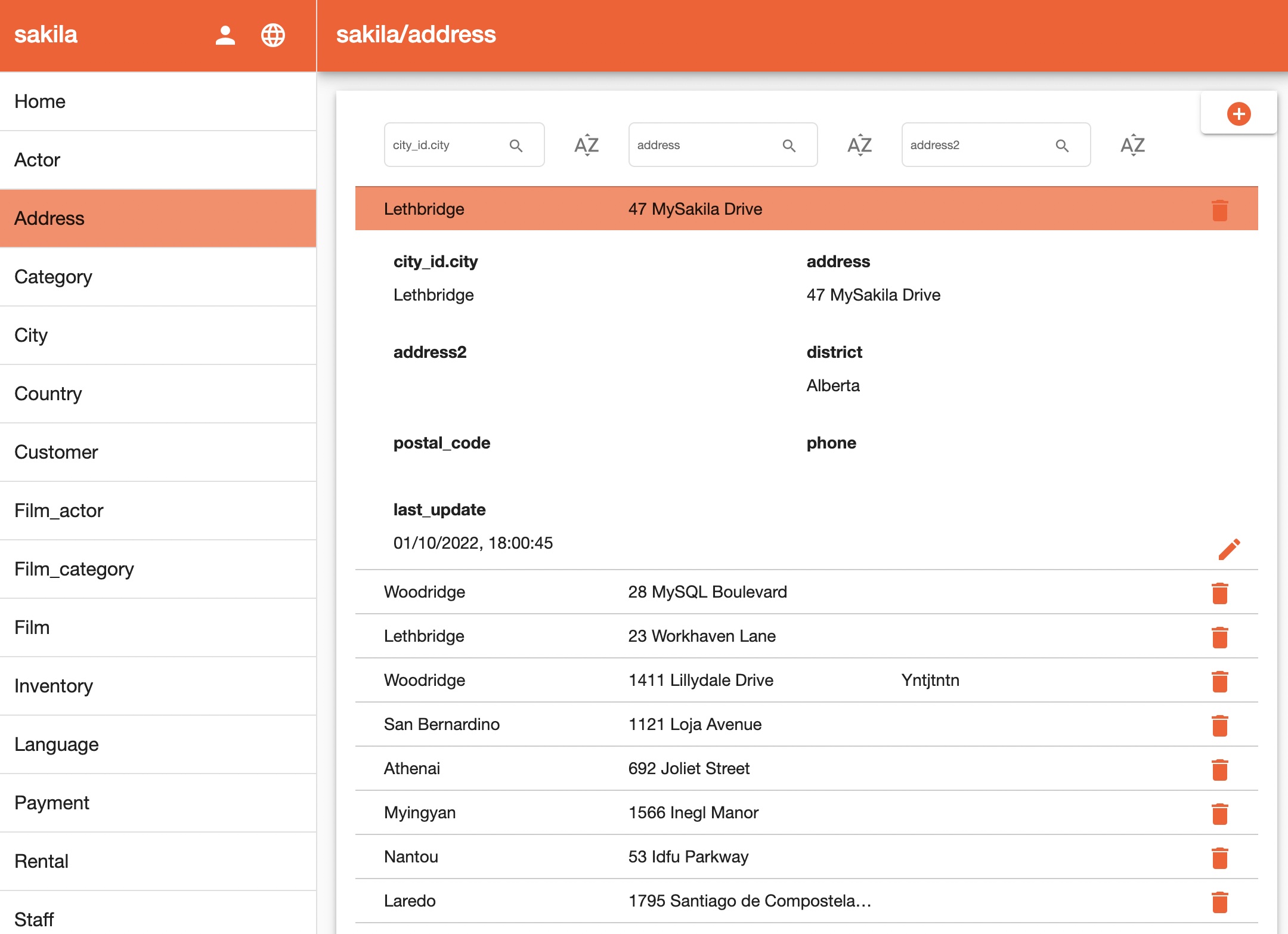 Of course, the point is that the above app was created in two seconds, and according to another friend of mine, a CTO for a software development company with 20+ years of experience as a developer, he would need eight to nine months to manually create the above.

There's been a lot of fuzz about ChatGPT lately, and I am super impressed by the thing myself. YouTube is littered with videos with headers such as "Will ChatGPT replace human software developers?" However, there's an equally large thing happening these days when it comes to our profession as developers, and that's low code. Previously, if you wanted a company with 1,000+ apps, you'd need to hire 3,000 people. With a tool such as Aista's CRUD generator, you can literally build thousands of apps every single day, alone, as a single human being. You barely need to understand software development, in fact. These apps won't give you any business logic, but for my friend, this doesn't matter. He's got 1,000+ RDBMS installations in his servers, and some of his requests from his customers are as follows.

These are things you'd normally use Excel for, except, of course, Excel cannot handle billions of data records. So your options are as follows.

Seriously, the above is my friend's option. Magic can deliver approximately 234 million more lines of code (LOC) per month than a human software developer. Most human software developers look at the code and apps it produces and argue that it doesn't include business logic, so for them, it's useless. However, that's because you're looking at it from the wrong perspective. It was never intended to create business logic; it was intended to provide you with control over your data. If you need business logic, hire a developer and have him or her apply it afterward! If you need a nice graphical user interface, hire a designer and have him or her design some beautiful iPhone app for it!

The Art of Performance

In my first job as a software developer back in 2001, I was approached by one of our key account managers, the CTO's wife. She asked me if I could help her update records in our database. We had a CRM system, and she needed to update some code in 3,500 records in the system. When she came over and asked me, she had already spent hours manually going through customers. In 5 hours, she had changed this code for 300 clients and realized this was going to require weeks of manual labor from her before she was done. I connected to the database, wrote a simple SQL statement, executed it, and told her, "Done!"

She was SHOCKED when she saw the result. In five minutes, I had done something she would need three weeks to do by executing a simple SQL statement that updated all 3,500 clients in one go. Using my calculator, this implies I had done her job 1,440 times faster than her. When you can do some job 1,440 times faster than somebody else, this changes the game. Things you previously assumed to be true are no longer true. To drive home the point, I asked ChatGPT the following question just now. 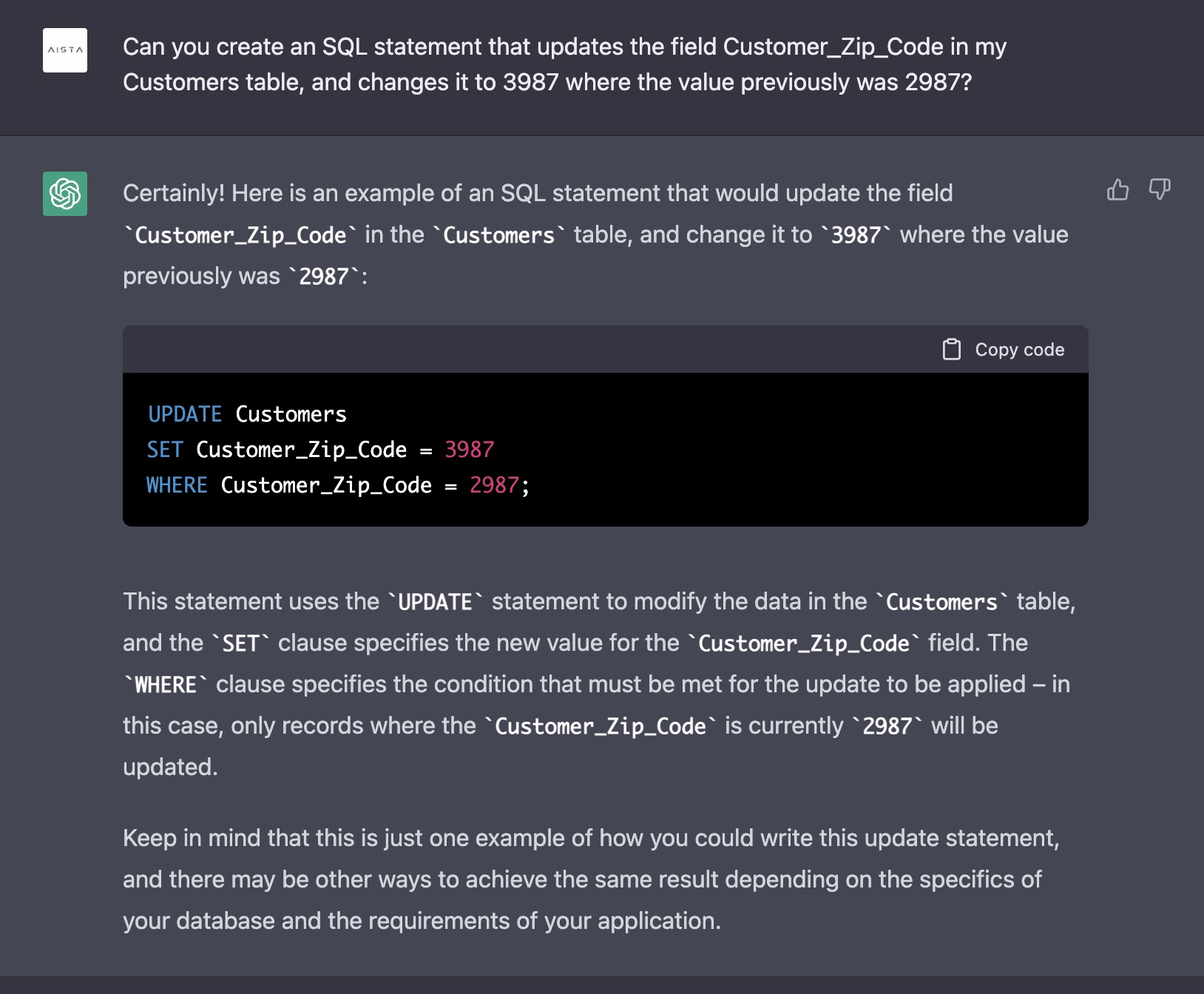 Twenty years ago, I was asked to do the above, and I was hailed as the hero of the company for saving my CTO's wife from three weeks of manual labor. Today ChatGPT did that same job in two seconds. Low-code, Magic, and ChatGPT were created to solve problems such as the above.

Nobody Cares About Your “App” or “Beautiful Design”

Some of the tools my friend is using are literally DOS apps. My friend doesn't care about "beautiful colors and design." He simply wants to solve the job as fast as possible, and Magic helps him solve parts of his job extremely efficiently. Thirty years ago, another friend of mine hired a consultant from IBM to fix his hard drive. The whole company was waiting, unable to work. Over thirty people were unable to work because of a hard drive failure. The consultant came, pulled out a hammer, carefully knocked it unto the hard drive, and everything started working. When he got the bill, he complained because it was €1,800 and the consultant had only spent five minutes. Notice, this was 30 years ago, so today, the bill would probably have been €18,000. The consultant's reply to the objection was as follows.

You didn't pay for the minute, you paid for my knowledge.

The customer had no other option but to pay the consultant's bill.

My friend, whom I started out writing about, whom I will keep anonymous, employs a handful of people, and he has roughly 100 clients, whom he is invoicing almost 200,000 EUROs per month in total. His expenses are maybe 50,000 per month, implying he's got more or less a "one-man company" where he is making 150,000 EUROs per month in salary. His clients are amazed by how efficient he is, and they are all speaking nicely about his company and his services. In case you missed it, let me repeat the most important parts of this paragraph slightly louder.

Do you think he would be able to earn the above by applying the same thought patterns as you are applying? Ask yourself what's the difference between my friend and you and why he is making €150,000 per month while you're struggling to pull in some €2,000 per month. Before you answer, let me give you the answer, even though, at this point; it's kind of redundant, I assume...

Try it out for yourself below before ChatGPT steals your job, please...