Humans use spoken languages daily to communicate with one another. But did you know thousands of programming languages are dedicated to facilitating human-machine communication?

As digital systems become more important in our daily lives, so will the use of digital languages. Research by KX found that 45% of US students aged 16-23 can code or are learning a coding language.

Coding is vital for network administration, business systemization, software development, and web development. In particular, the need for programmers in cyber security has skyrocketed recently.

Want to know which programming languages are most relevant in cybersecurity? This article will run through 10 coding languages you may want to learn to kickstart your cyber security career.

What Is Cyber Security?

Cyber security is all about how we protect computer systems and networks from malicious actors.

The Internet is broad, and these days cybercriminals are getting better at stealing valuable data and digital assets. In some cases, cyber adversaries may wish to inflict as much disruption and damage as possible.

Sadly, cyber security is becoming more of a necessity due to the increasingly sophisticated methods employed by cybercriminals. Today, hackers inject malicious code into websites, apps, and their targets' devices. This category of cybercrime is much harder to fight than traditional social engineering hacking attempts, such as phishing.

For this reason, the global cyber security market is projected to reach $403 billion by 2027.

It is perhaps no surprise that experts in computer programming fields see cyber security as a lucrative career path.

What Is a Programming Language?

A programming language is a set of grammatical rules and vocabulary that, when written correctly, can be understood by machines. This is because the machine - whether a PC, smartphone, or server - knows how to translate that language into binary code (1s and 0s). In simpler terms, you can think of it as a set of instructions written by humans for computers.

Programmers can use these languages to develop software (e.g., business process management software), write scripts for computers to execute, and organize control within machine hierarchies. 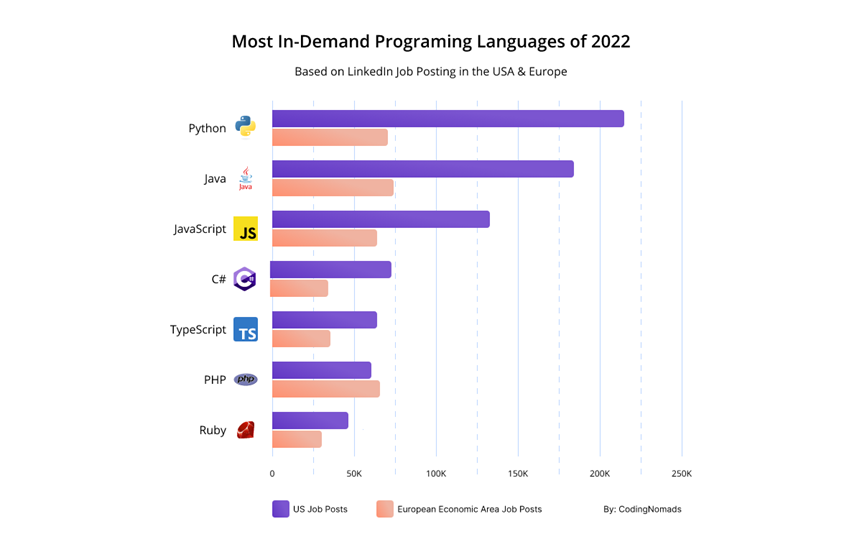 Which Programming Languages Are Used in Cyber Security?

The answer to that question largely depends on the environment and responsibilities of the cyber security operation. With that in mind, several programming languages would be useful in the arsenal of a cyber security expert.

Most of these languages are popular because of their widespread adoption in the tech world. For example, in applications, servers, and databases. Learning more niche programming languages for specific tasks related to cyber security is also valuable.

To help you get started, we have compiled a list of our top 10 picks for the best programming languages to use in cyber security.

C is one of the first ever programming languages, yet it remains a highly popular choice today. It is primarily used for software development but, in recent years, has become a tool of choice for cybercriminals to develop malware applications.

In addition is C++, an extension of C that supports different types of commands. This allows for ‘declarative’ programming, whereby you specify the desired result rather than giving the specific sequence of commands.

As a low-level programming language, C/C++ is machine-oriented rather than human-oriented. This means that it can produce lengthy syntax that is tough to understand for beginners. That is also why it’s so popular with hackers, as its low impact on systems makes for speedy execution of commands.

Having a basic knowledge of C/C++ would be expected of most cyber security experts. Even reading C/C++ will help you understand how to reverse engineer malware or spot vulnerabilities in its code. 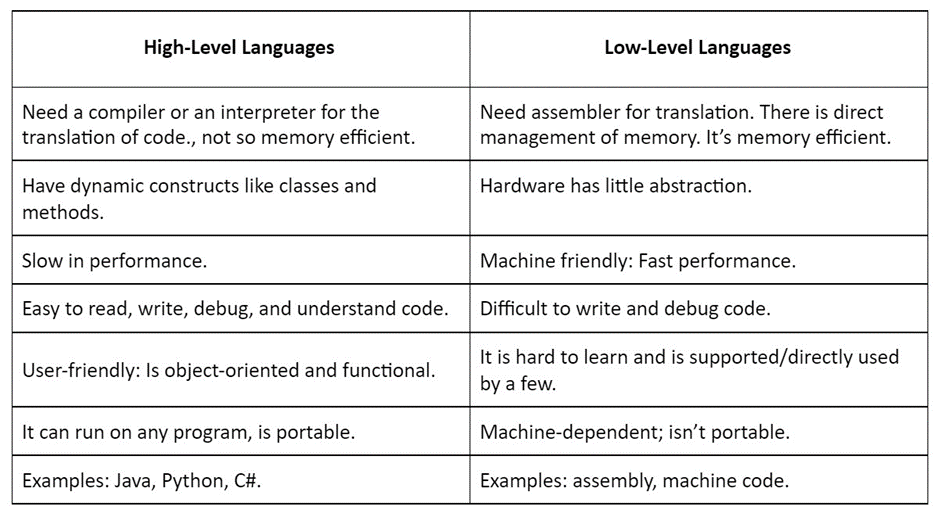 Python is generally regarded to be the most popular programming language in 2022. It has wide utility but is popular in the cyber security field for automating tasks. That might include running regular scans of your host network for malicious code or connections. This data may then be collected in a PySpark DataFrame for further analysis of the dataset.

As a high-level programming language, most people find it easier to learn than other entries on the list. You will also have access to hundreds of thousands of Python libraries, meaning you won’t have to start from scratch when creating your cyber security tools.

Java is a classic programming language that, once compiled, can run on any device that supports the ‘Java Virtual Machine.’

The language is commonly used for back-end developments on PC and Android mobile devices. It remains popular with large companies that need server-side applications for sorting and analyzing big datasets.

As such, it is a programming language commonly used by hackers that want to steal data from high-profile corporate targets. One such use case is the creation of reverse-engineered software to locate weaknesses in target systems. Cyber security experts then use Java to run penetration tests to discover these vulnerabilities before the hackers do.

Don’t let it fool you, but Java and JavaScript are unrelated in the way C and C++ are. JavaScript is more tailored to front-end developments, such as website client-side operations. One particular use case is to make web applications more interactive for the end user with your customer onboarding process template.

The code does not require compilation like Java but only needs interpretation to be executed. It is also easier to use, making it more popular with the common cyber-criminal. Hackers often use JavaScript to exploit websites with weak security. A popular line of attack is cross-site scripting hacks (XSS) which inject malicious code into the target website.

Cyber security experts, on the other hand, use JavaScript to make secure websites that are protected from XSS attacks. This comes through the management of inputs such as cookies and event handlers. 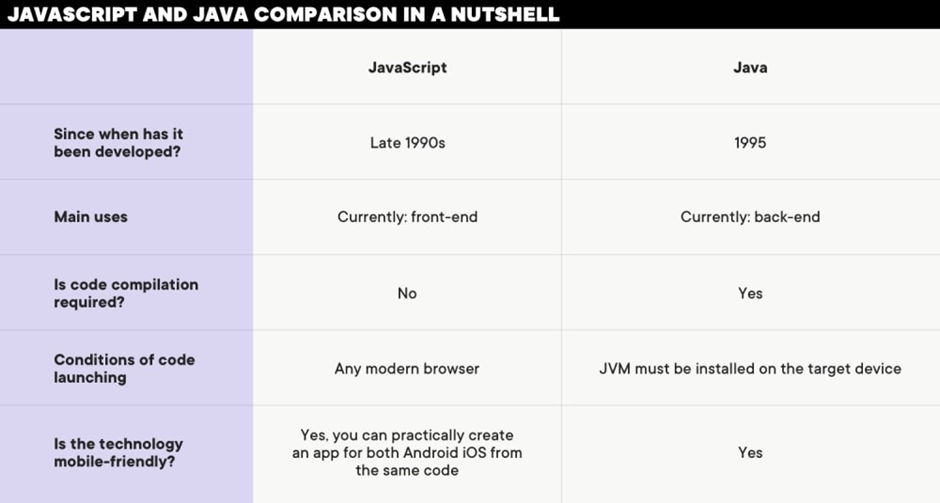 PHP is the most popular language for server-side programming. Many websites are built on PHP, including their templates, management systems, and frameworks.

A common abuse of PHP used by cyber criminals is the Denial-of-Service (DoS) attack. This is where the target machine is flooded with requests for data, which overloads systems and brings them to a halt. Criminal data virtualization not only opens the door to theft, but information receipts may also be destroyed, meaning you might lose the data associated with your website.

PHP is useful for cyber security in protecting the server side of web applications. An expert in PHP will be able to identify vulnerabilities early on before an attack comes.

Structured Query Language, or SQL, is a programming language used for storing, retrieving, and manipulating data.

It is very popular in the enterprise and cloud-level applications that handle large databases on servers. This data may be highly sensitive, such as contact center technology, online banking, or healthcare records belonging to customers or employees of said corporations.

Cybercriminals use a method of hacking called SQL injection to obtain passwords to these datasets, potentially compromising the data of millions. Even storage systems using Kudu data may be vulnerable to threats.

As such, SQL is a highly regarded programming language for cyber security professionals to familiarize themselves with. 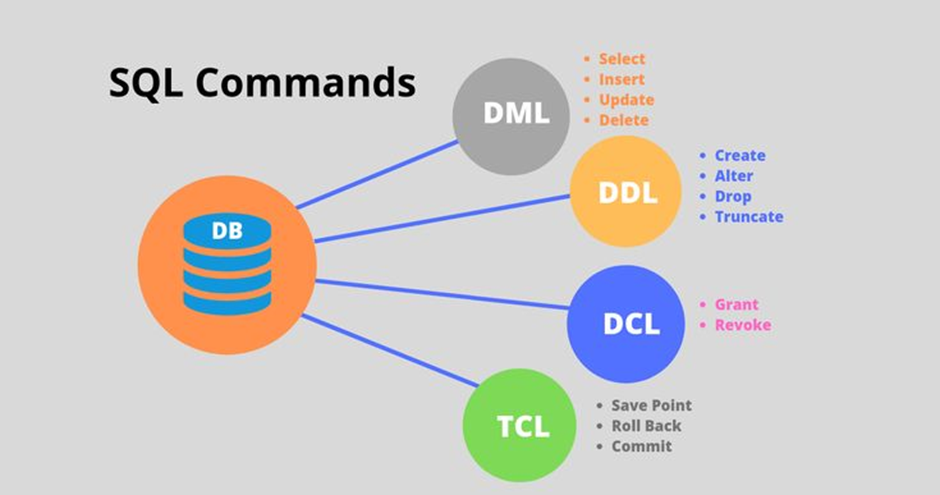 In recent years it has become popular with cyber security professionals owing to its large public-use libraries. An advantage of the language is that it may be easily converted to other programming languages. For example, the GopherJS compiler will translate Go code into JavaScript.

One benefit is that it offers many creative solutions for problems in web development, meaning it requires less time and code to reach the same outcomes. This makes it especially attractive for QA in the agile process.

Also, the syntax remains largely the same as Python, making it an easy language to learn for many cyber security professionals.

Shell scripting is to do with the commands you execute on a UNIX shell, the command-line interpreter for your computer’s operating system. PowerShell then is the scripting language used on Windows operating systems. It has been exploited by hackers who run malicious commands, such as deleting software or looking up a device’s domain information.

Cyber security professionals may find it useful for executing OS-side functions such as an emergency system shutdown. 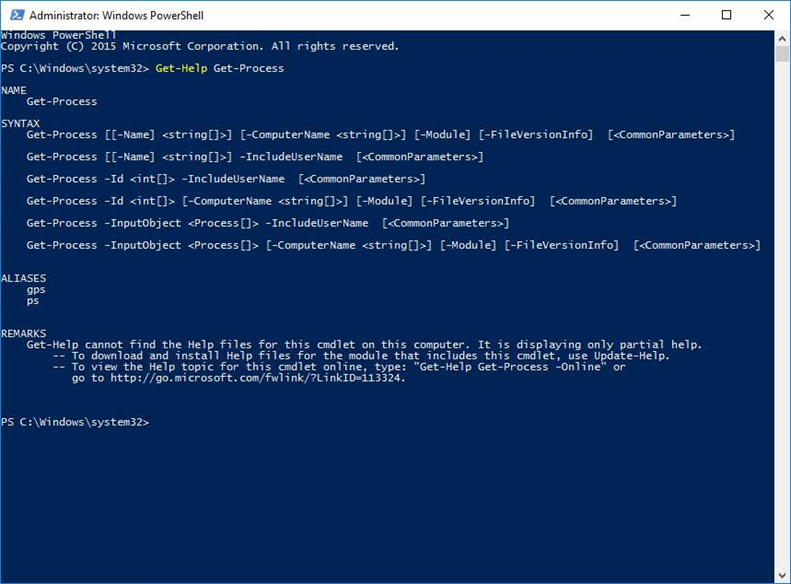 This article has covered our top 10 picks for cybersecurity programming. By now, you should have a good idea of the use cases for each programming language for hackers and cyber security professionals.

It is worth noting that this is by no means an exhaustive list. You will find that the more you immerse yourself in the world of coding, the better you will get at handling applications and protecting them from malicious attacks.

In your cyber security journey, collect all relevant data on your attackers and systems. From there, you may put the data to work on convolutional neural network layers to recognize patterns of malicious activity early on.