OAuth is often employed in processes requiring permissions to be granted to front-end applications and end users. Yet what we typically need in API systems integrations is a way to secure connections between the integration middleware and backend systems without a need for any ongoing human interactions.

OAuth can be a good choice for that scenario. This article shows how it can be achieved in Python with backend systems using REST and HL7 FHIR.

Let’s say we have a typical integration scenario as in the diagram below:

In OAuth terminology, what is described above has specific names, the overall flow of messages between Zato and the OAuth server is called a “Client Credential Flow” and Zato is then considered a “client” from the OAuth server’s perspective.

How To Do It

First, we need to create an OAuth security definition that contains the OAuth server’s connection details. In this case, the server is Okta. Note the scopes field: it is a list of permissions (“scopes”) that Zato will be able to make use of.

What exactly the list of scopes should look like is something to be coordinated with the people who are responsible for the configuration of the OAuth server. If it is you personally, simply ensure that what is in the OAuth server and in Zato is in sync. 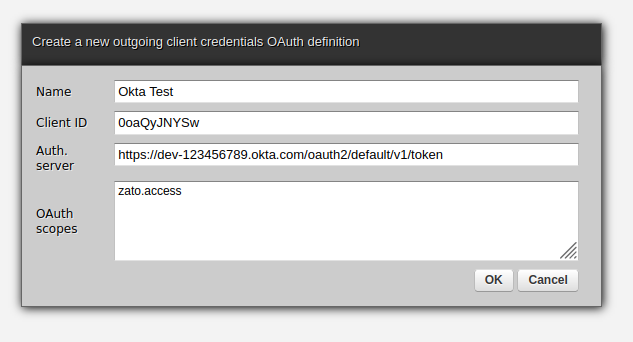 To invoke REST services, fill out a form as below, pointing the “Security” field to the newly created OAuth definition. This suffices for Zato to understand when and how to obtain new tokens from the underlying OAuth server. 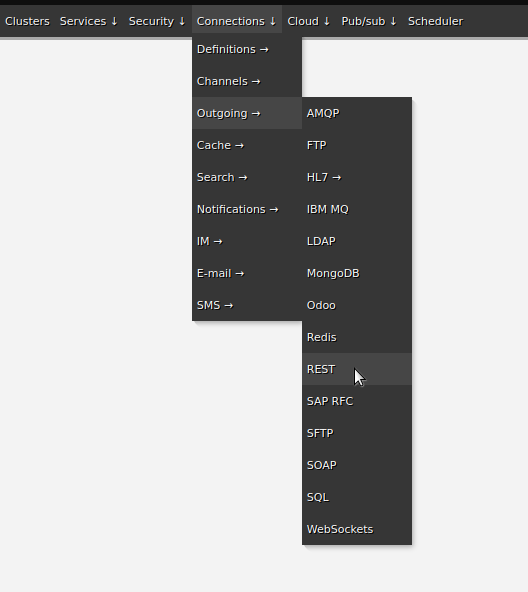 Similarly to REST endpoints, to invoke HL7 FHIR servers, fill out a form as below and let the “Security” field point to the OAuth definition just created. This will suffice for Zato to know when and how to use tokens received from the underlying OAuth server. 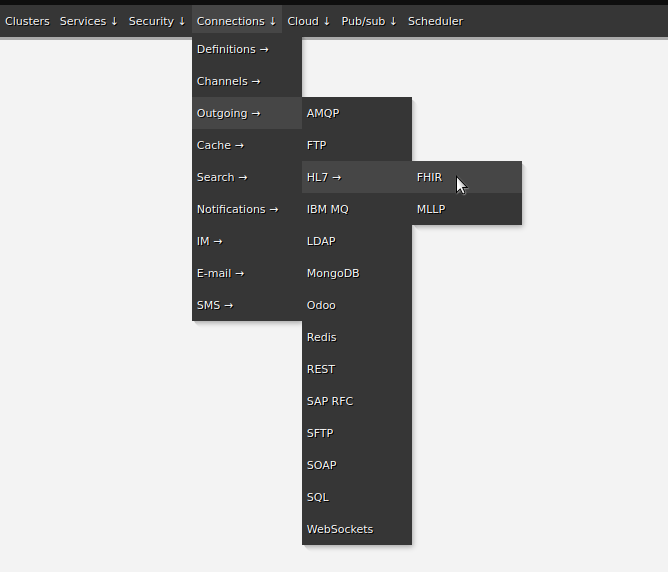 What About the API Clients?

One aspect omitted above is the initial API clients. This is on purpose. How they invoke Zato, using what protocols, with what security mechanisms, and how to build responses based on their input data, is completely independent of how Zato uses OAuth in its own communication with backend systems.

All of these aspects can and will be independent in practice; e.g., clients will use Basic Auth rather than OAuth. Or perhaps the clients will use AMQP, Odoo, SAP, or IBM MQ, without any HTTP, or maybe there will be no explicit API invocations, and what we call “clients” will be actually CSV files in a shared directory that your services will be scheduled to periodically pick up. Yet, once more, regardless of what makes the input data available, the backend OAuth mechanism will work independently of it all.