When database transactions are executed, they are typically sequential and very dutifully update the data as expected. On occasion, transactions happen nearly simultaneously, which can lead to something called a lost update. A lost update may cause data within the database to be incorrect, which can lead to problems with normal operations, such as fulfilling customer orders.

What Is a Lost Update?

A lost update occurs when two different transactions are trying to update the same column on the same row within a database at the same time. Typically, one transaction updates a particular column in a particular row, while another that began very shortly afterward did not see this update before updating the same value itself. The result of the first transaction is then "lost," as it is simply overwritten by the second transaction. 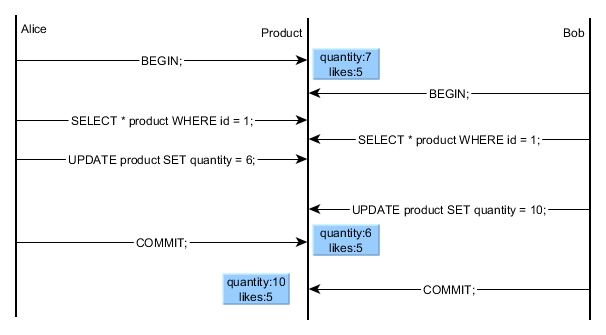 The image above shows the sequence of events that can occur in a lost update. Notice that both transactions are seeing a beginning value of 7 for the quantity column; however, the second transaction needs to see a value of 6 to be correct, as the first transaction was initiated in order to update that same column.

What Can Be Done to Prevent a Lost Update?

The image below demonstrates what happens when an optimistic lock is used. 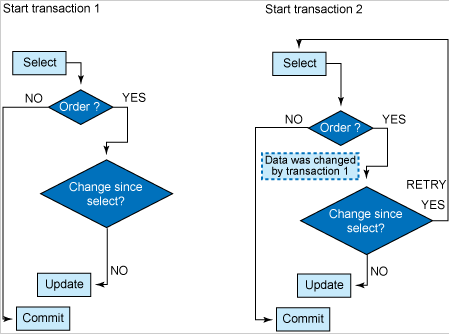