When you think of Amsterdam, you may initially think of a city of canals, cannabis, and culture with a cycle-mad population. But beyond the overt tourist precincts is a city that has embedded the Internet of Things into its ecosystem so successfully that it’s considered Europe’s most successful smart city. The reasons for this can be considered structural and strategic, so let's take a look.

Amsterdam has the world’s first iBeacon Living Lab and public LoRaWAN network with city-wide connectivity going live in September 2015. The iBeacon Mile is explicitly intended as living lab, where all interested parties (citizens, companies, and universities) can test and develop an application. It's, in effect, a large, public and open IoT testing ground to push the development of a rapidly growing IoT economy across public and private verticals.

Further, the Amsterdam Open Beacon network was launched in September 2016. 300 beacon sensors are spread across the city, located near public transport hubs. Developers of startups can use the network for free, integrating it into their own applications.

Open data is one of the keys to successful smart city execution. It can help identify and solve civic problems, ensure accountability of city officials, and create new business opportunities. Data about education, healthcare, transport, and tourism can be a catalyst for new app development, research projects, and targeted local campaigns. Amsterdam has had open city data since 2012, including census data, neighborhood growth, electricity usage, and roadworks.

For many companies – both in software and in the creative sector – it is typically difficult to develop smart city applications and applications because there is a lack of good testing environments. You require the consent of all parties (municipality, companies, etc.) to create an effective test environment. As the Amsterdam data and platform are open, it means developers can use the data to develop new applications and concepts. 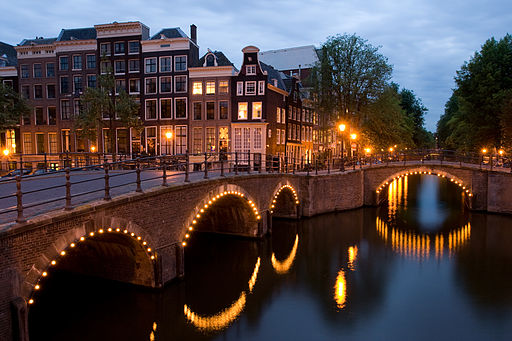 Amsterdam’s smart city efforts are underpinned with the philosophy of collaboration. For example, Amsterdam Smart City is an initiative of the Amsterdam Innovation Motor, the City of Amsterdam, Alliander, and KPN and has grown into a platform with more than 100 partners involved in projects aimed at energy and open connectivity in several ways. By bringing partners together and to set up local projects, ASC creates the opportunity to test initiatives. The most effective initiatives can then be implemented on a large scale.

Traditionally, urban problems have been solved through policy generated by municipal officials and urban planners in collaboration with the private sector. One of the great benefits of smart cities is that information and communications technologies like predictive algorithmic software, Big Data, and IoT can be utilized to streamline local government, transportation infrastructure, and the local environment to make it more sustainable and livable. At a local level, this means creating local solutions for local problems. 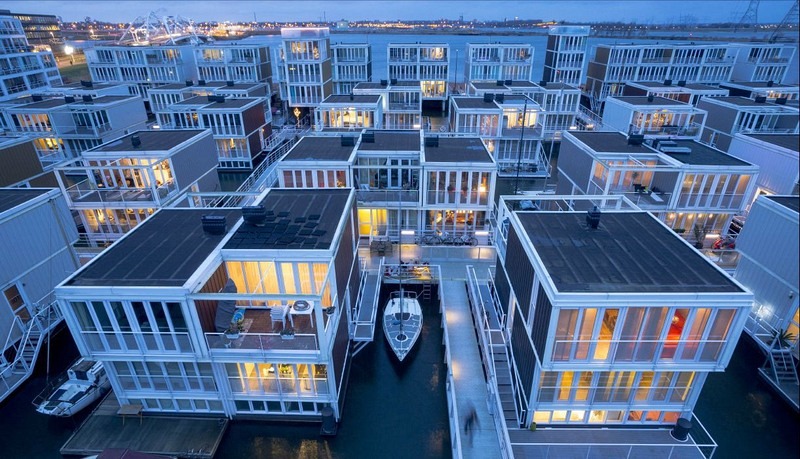 Throughout Amsterdam, there are “Living Labs,” effectively communities that act as Petri dishes for ideas and initiatives to be tested before scaling them across the city. In a group of seven islands called IJburg, Amsterdam’s youngest neighborhood is being created in response to housing shortages. It offers a test bed for city planners, architects, and startups with free Wi-Fi and a new Fibre network, personalized television and transportation services, and a co-working space to allow residents to experiment with and test city projects to improve healthcare, environment, and energy programs in the city. 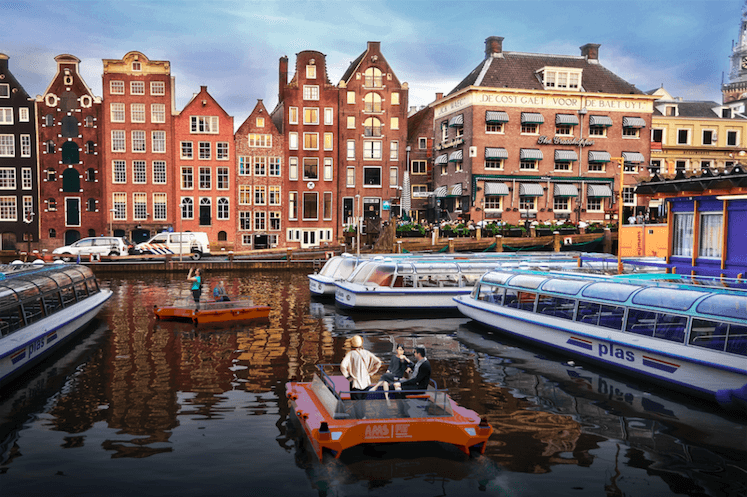 With over 1,000 kilometers of canals, 1,500 bridges, and a long-standing focus on urban innovation, the city of Amsterdam is an ideal place to test new, water-based mobility solutions. Researchers at the Massachusetts Institute of Technology (MIT) and the Amsterdam Institute for Advanced Metropolitan Solutions have started the world’s first major research program on autonomous floating vessels in metropolitan areas with Roboat, autonomous boats designed to move people and goods and provide portable infrastructure.

Roboat also aims to gather data on environmental aspects like water quality, air quality, and noise as well as explores the means to detect diseases at an early stage in cities, find better ways to clear the canals of floating waste, and the dredging of 12,000 bicycles a year that end up in the Dutch city’s canals

Whilst there are plenty of big players in the smart city space like Cisco, Philips, and IBM, Amsterdam is successful at creating an environment where start-ups can still get a voice and presence in the ecosystem. There’s a plethora of incubators, accelerator programs, co-working spaces, and hackathons that enable startups to thrive. StartupAmsterdam is founded by serial entrepreneurs and governmental bodies and represents the start-up ecosystem of Amsterdam. Currently, there are over 1500 startups registered. Amsterdam ranks third in the European Digital City Index, a European survey that ranks 35 major EU cities on how well they support digital start-ups and scale-ups. There's even a Startup Visa that enables entrepreneurs from overseas to apply for a one-year resident permit.

Many of the startups utilize IoT to solve local (and global) problems.

For example, Enevo works to address the problem of waste management by utilizing intelligent wireless sensors that measure and forecasted fill-levels in waste containers. This means that instead of garbage trucks at fixed times with fixed routes, Enevo knows which garbage collection points are almost full and calculates the optimal driving route between different points.

Ultimately, there’s no one-size-fits-all approach to smart cities but where Amsterdam succeeds is its openness to innovation, a citizen-centric approach, and the partnerships that underlie its achievements. Amsterdam offers a smart city created by the people — not simply government officials and big business — and offers a blueprint for the rest of the world.