In this quick tutorial, I'll show you how to implement a web CRUD (Create, Read, Update, and Delete) using MongoDB, Spring Boot (version 2.3.4), and Vaadin (version 14.3.7). I assume you have MongoDB, the JDK version 8 or later, Maven, and a Java IDE installed on your computer.

Here's a video version of this tutorial if you prefer:

Go to start.spring.io and create a new project with the following dependencies:

Download and extract the ZIP file. The extracted content is a Maven project that you can import into your favorite IDE.

Add the following repository and dependency to your pom.xml file:

Create a new class as follows:

See line 9. With this one line, you are creating the actual CRUD web UI component.

Make sure MongoDB is running and start the application as follows:

Note: The first time you run the application will take more time than subsequent runs.

Go to http://localhost:8080 and try the application: 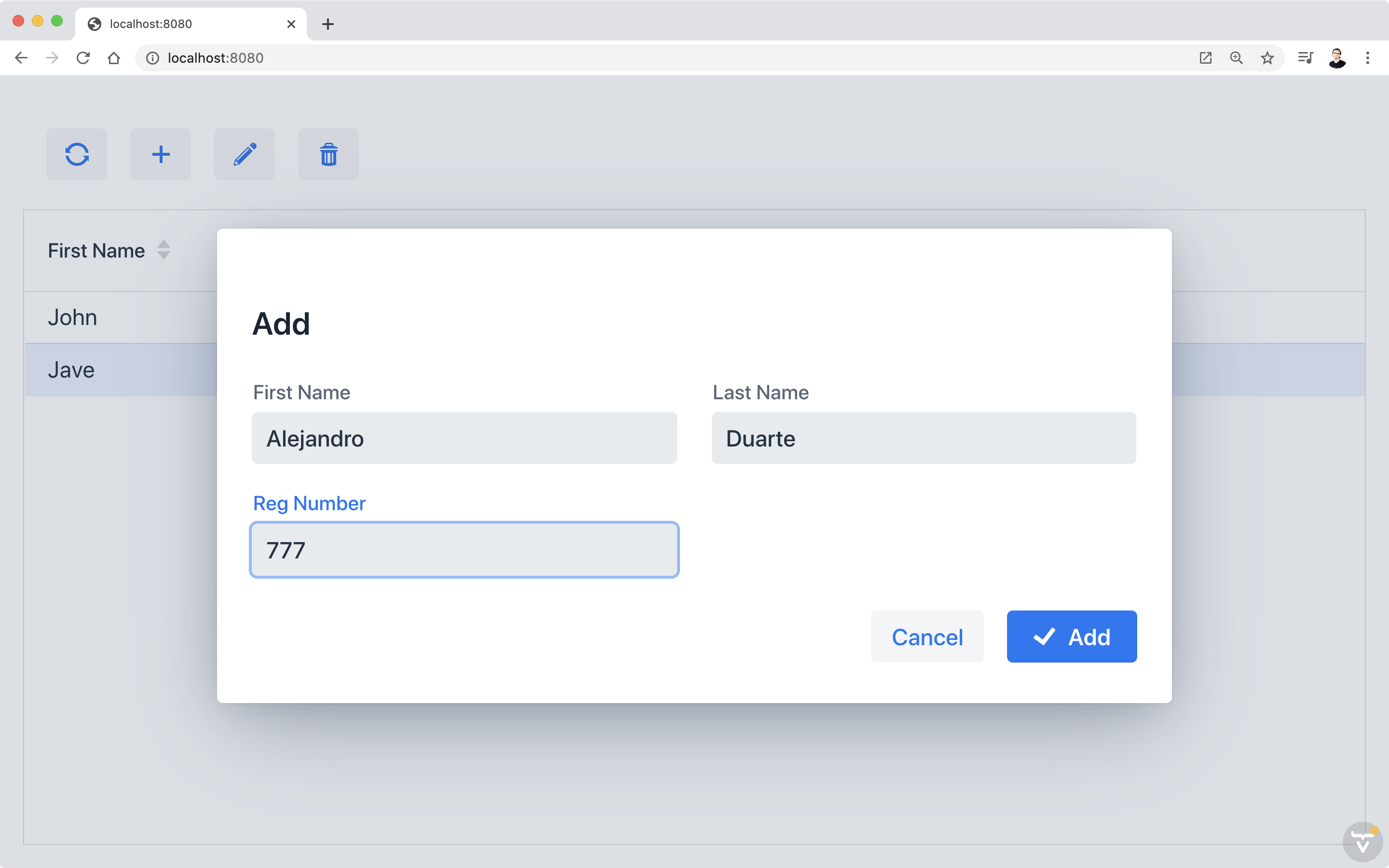 You can configure the MongoDB connection string in the application.properties file. For example:

You can customize the CRUD component. For example:

There are many more customization options. See the examples at https://vaadin.com/directory/component/crud-ui-add-on.