In an object-oriented environment, it's a common requirement to create objects (instantiating a class), which is the basic building block for Java code. So, we have to know the object before creating and using them.

In a complex object-oriented environment, there will be lots of objects. Each object will have a role and responsibility — it's as simple as teamwork, for example, DAO, BO, and DTO. A DAO acronym, as a data access object, knows how to communicate with the back-end, which may not be known to the BO(business object). This is because BO will have a different role and responsibility.

How an Object Is Different From a Class?

There seems to be a lot of developers having doubts and thinking that objects and classes are the same.

Conceptually, both are different. A class is a blueprint to create an object. There is no existence of a class without an object — in other words, an object is representing a class.

For instance, let's consider Animal. In particular, there is nothing called "animal;" it's just a common terminology that indicates to a group, category, or class. If I tell dog or cat, then, it's existing, and you can use dog or cat as a prototype of an Animal . In this case, dog is an object that represents the Animalclass. So, under a class, we can create objects, whereas, vice-versa is not applicable conceptually.

I hope you now have a clear picture about objects and classes!

Are Object and Instance the Same in Java?

Here, we will discuss how objects and instances are related, as far as Java is concerned. Technically, an instance is a variable that holds an object. In other words, instance is a handler for an object.

In the above case, the new  ABC() is enough to create an object. Technically, we don't need an ABC instance1 , but, for further use, we have to store/assign the state of an object to a particular instance/variable, because, in Java, each and every object is unique. Later on, we will discuss this in greater detail (hashcode, hashvalue, etc).

In common practice, you can consider an instance as an alias for an object. Both are the same, as per Java is concerned; however, it is a different story for C and CPP.

Take Advantage of the instanceof Operator

instanceof  is a keyword that you can use to check whether an instance belongs to a particle object or not. 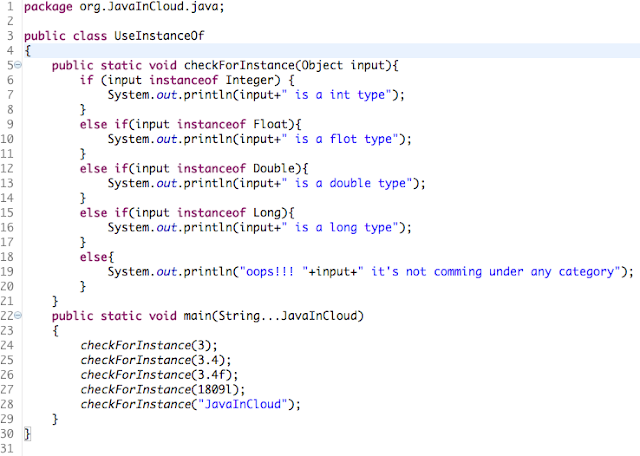 Why and When to Create an Object?

Basically, in programming, we are using a lot of veritables and blocks. Each veritable and block needs some amount of memory. Memory is a resource of an operating system. As a Java programmer, we don't have direct access to memory — it's highly encapsulated.

JVM is allocated to a few amounts of RAM, based on OS specification, which is well known as runtime area. All static and non-static members will use this based on the demand and requirement.

As per each class member is concerned, we can divide the memory allocation into two parts. First, one is static members, which will allocation memory, while using the class loading by the class-loader   itself (an operation done by JVM to make the programme into process, if you want, you can implement your custom class loader).

Second, we will look at allocating memory to a non-static member, where we have to create objects for allocating memory. In other words, we will allocate memory on demand dynamically. So, the benefit is that there is no need to load all the members statically,  like "C programming," because we may not use all members at time, so it's unnecessarily wasting memory that can be used by some other resource. 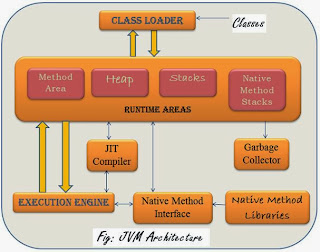 Object Internals and How Objects Work

From our previous discussion, we came to the conclusion that, to assign memory dynamically, we need to create an object. But, now, the question arises about how the internal process is carried out and what actually happens.

This is a brilliant question; and, we have the answer for you. To understand the answer, you have to know your constructor better (we are assuming you have basic knowledge about inheritance).

Role of the Constructor on Object Creation

Before proceeding any further, to solve the following debugging problem with the "role of constructor on object creation," check out the following code:

If you could observe the above programm, then, you must have gotten the following output: 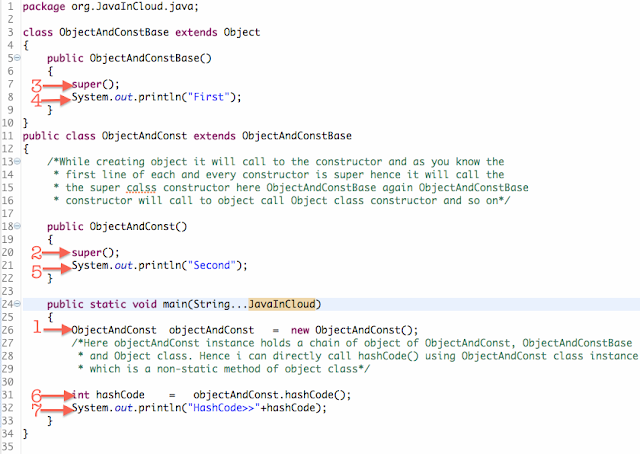 Different Ways to Create an Object

This is the most common way to create an object in Java. I read somewhere that almost 99 percent of objects are created in this way.

If you know the name of the class and it has a public default constructor, we can create an object like this:

The clone() can be used to create a copy of an existing object.

Object deserialization is nothing but creating an object from its serialized form.

Basically, we are using this object creation method in the singleton designing pattern where we can't directly create one object using a new operator. One static method will be there which will create an object and return the class instance, which is known as the factory method.

I hope you enjoyed this post on creating objects in Java. Feel free to comment in case of any questions or suggestions.

Published at DZone with permission of Lambodar Swain. See the original article here.