Apache APISIX is built upon the shoulders of two giants:

This approach allows APISIX to provide out-of-the-box Lua plugins that should fit most business requirements. But there always comes a time when generic plugins don't fit your requirements. In this case, you can write your own Lua plugin.

However, if Lua is not part of your tech stack, diving into a new ecosystem is a considerable investment. Therefore, Apache APISIX offers developers a way to write plugins in several other languages. In this post, I'd like to highlight how to write such a plugin with Rust.

A Bit of Context

Before I dive into the "how," let me first describe a bit of context surrounding the Rust integration in Apache APISIX. I believe it's a good story because it highlights the power of open source.

It starts with the Envoy proxy. According to the Envoy website:

Envoy is an open source edge and service proxy, designed for cloud-native applications.

Around 2019, Envoy's developers realized a simple truth. Since Envoy is a statically compiled binary, integrators who need to extend it must compile it from the modified source instead of using the official binary version. Issues range from supply chains more vulnerable to attacks to a longer drift when a new version is released. For end-users whose core business is much further, it means having to hire specialized skills for this reason only.

The team considered solving the issue with C++ extensions but discarded this approach as neither APIs nor ABIs were stable. Instead, they chose to provide a stable WebAssembly-based ABI. If you're interested in a more detailed background, you can read the whole piece, "WebAssembly in Envoy."

The specification is available on GitHub.

The Apache APISIX project decided to integrate proxy-wasm into the product to benefit from the standardization effort. It also allows end-users to start with Envoy, or any other proxy-wasm-compatible reverse proxy, to migrate to Apache APISIX when necessary.

APISIX doesn't implement proxy-wasm but integrates wasm-nginx-module. It's an Apache v2-licensed project provided by api7.ai, one of the main contributors to Apache APISIX. As its name implies, integration is done at the NGINX level. 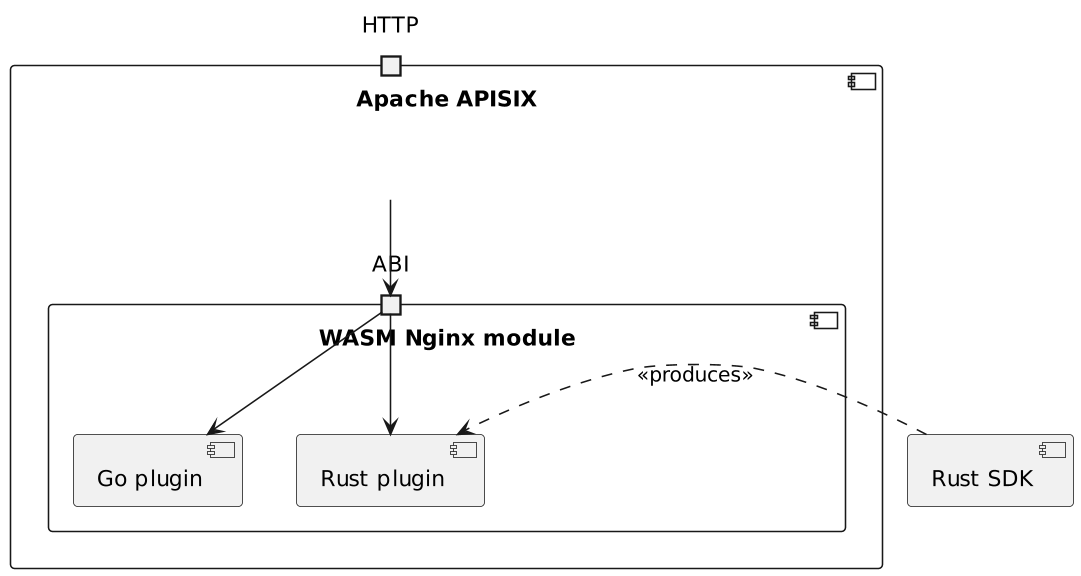 Now that we have explained how everything fits together, it's time to code.

Before developing the first line of code, we need to give Rust WASM compilation capabilities.

This allows the Rust compiler to output WASM code:

The WASM code is found in:

Setting up the Project

The setup of the project is pretty straightforward:

Let me first say that the available documentation is pretty sparse. For example, proxy-wasm's is limited to the methods' signature (think JavaDocs). Rust SDK is sample-based. However, one can get some information from the C++ SDK:

WASM module is running in a stack-based virtual machine and its memory is isolated from the host environment. All interactions between host and WASM module are through functions and callbacks wrapped by context object.

At bootstrap time, a root context is created. The root context has the same lifetime as the VM/runtime instance and acts as a target for any interactions which happen at initial setup. It is also used for interactions that outlive a request.

At request time, a context with incremental is created for each stream. Stream context has the same lifetime as the stream itself and acts as a target for interactions that are local to that stream.

The Rust code maps to the same abstractions. 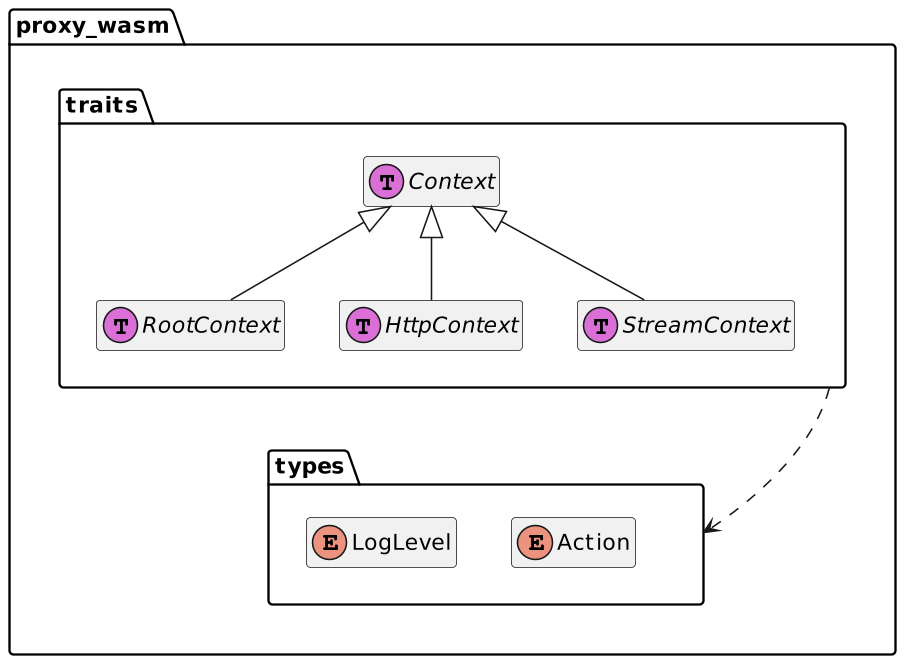 Here's the code for a very simple plugin that logs to prove that it's invoked:

After generating the WebAssembly code (see above), we have to configure Apache APISIX.

Apache APISIX's documentation is geared toward Go. Still, since both Go and Rust generate WebAssembly, we can reuse most of it.

We need to declare each WASM plugin:

Then, we can use the plugin like any other:

At this point, we can ping the endpoint:

The result is as expected:

In this post, I described the history behind the proxy-wasm and how Apache APISIX integrates it via the WASM Nginx module. I explained how to set up your Rust local environment to generate WebAssembly. Finally, I created a dummy plugin and deployed it to Apache APISIX.

In the next post, we'll beef up the plugin to provide valuable capabilities.