The purpose of this article is to be an overview of how the concerns of Authentication and SSO come together to plug into Authorization (mainly in the scope of API authorization). Application Architectures utilize industry standard protocols and patterns necessary to work together in all applications such as B2C, B2B, and B2E. The primary audience of this document is application architects and application security architects. However, those in the Identity and Access Management space will also find the concepts presented here apply to them.

JSON Web Token (JWT) is a JavaScript object notation that is a representation format for HTTP HTTP Authorization headers and query parameters. JSON is used in REST API payload along with JSON Web Signature (JWS) structure or as the plaintext of a JSON Web Encryption (JWE) structure for enabling the claims to be digital. JWTs are always represented using the JWS / JWE Compact Serialization. JWT works by simply encoding a string made up of a small JSON object and hashing it using a secret shared between the two parties. The algorithm is configurable but is usually HMAC SHA-256. JWT does not encrypt the payload, and it only signs it.

OAuth2 protocol was initially widely adopted by large social sites (Facebook, Google, Twitter, etc.) for authentication as they have taken OAuth2 and created proprietary SSO mechanisms. As a result, users can go back and forth between their applications after being authenticated while using their APIs. While SAML 2.0 enjoys wide adoption in old applications for authenticating REST/JSON overtook SOAP/XML. Nowadays, all the applications are adopting OAuth2 as a standard.

Clients interact with RESTful APIs over HTTPS/SSL, and the contents of the HTTP Headers and thus the access token is encrypted. Therefore, passing OAuth2 access tokens via query parameters such as below is prohibited as standard because the access token, which must be kept secret, is exposed in transit and appears in web server logs.

So, the critical point is that the clients must obtain an OAuth2 access token for interacting with RESTful APIs. There are several ways to get tokens depending on the type of application, the authorization source involved, if an SSO approach is employed, etc. All of these approaches require communication with the OAuth2 Authorization Server. It is essential to understand that the OAuth2 framework does not provide SSO. 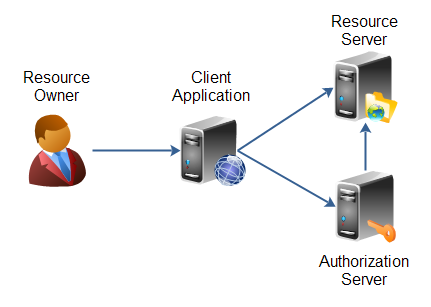 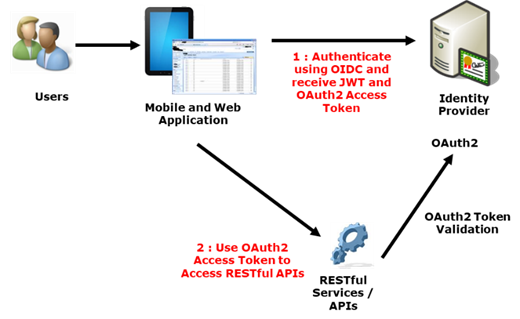 It is always a good idea to expose to secured SSL and TLS channels for all REST APIs. Finally, OAuth2 is a widely used authentication of REST APIs in microservices architectures using JWT token mechanism.