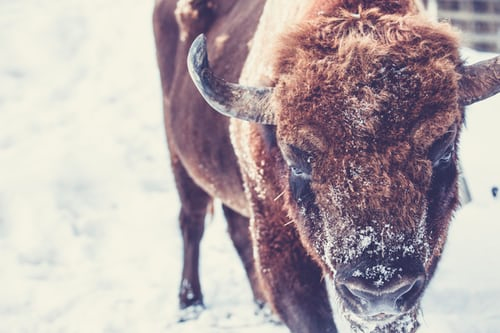 For those that are familiar with MongoDB Documents, you've likely come across the `ObjectId` data type in the `_id` field. For those unfamiliar with MongoDB Documents, the [ObjectId](https://alger.me/mongodb-objectid) datatype is automatically generated as a unique document identifier if no other identifier is provided. But what is an `ObjectId` field? What makes them unique? This post will unveil some of the magic behind the BSON ObjectId data type. First, though, what is BSON?

Many programming languages have JavaScript Object Notation (JSON) support or similar data structures. MongoDB uses JSON documents to store records. However, behind the scenes, MongoDB represents these documents in a binary-encoded format called BSON. BSON provides additional data types and ordered fields to allow for efficient support across a variety of languages. One of these additional data types is ObjectId.

Makeup of an ObjectId

Let's start with an examination of what goes into an ObjectId. If we take a look at the construction of the ObjectId value, in its current implementation, it is a 12-byte hexadecimal value. This 12-byte configuration is smaller than a typical universally unique identifier (UUID), which is, typically, 128-bits. Beginning in MongoDB 3.4, an ObjectId consists of the following values: 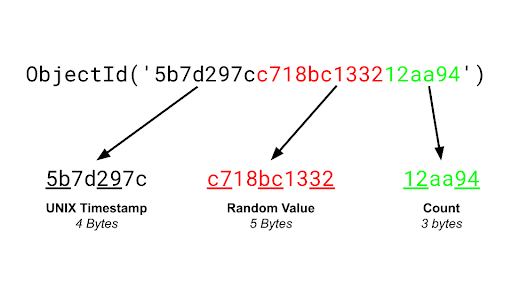 With this makeup, ObjectIds are likely to be globally unique and guaranteed to be unique per collection. Therefore, they make a good candidate for the unique requirement of the `_id` field. While the `_id` in a collection can be an auto-assigned `ObjectId`, it can be user-defined as well, as long as it is unique within a collection. Remember that if you aren't using a MongoDB generated `ObjectId` for the `_id` field, the application creating the document will have to ensure the value is unique.

The makeup of the ObjectId has changed over time. Through version 3.2, it consisted of the following values:

The randomness of the last eight bytes in the current implementation makes the likelihood of the same ObjectId being created pretty small. How small depends on the number of inserts per second that your application does. Let's do some quick math and look at the odds.

If we do one insert per second, the first four bytes of the ObjectId would change so we can't have a duplicate ObjectId. What are the odds though when multiple documents are inserted in the same second that *two* ObjectIds are the same? Since there are *eight* bits in a byte, and *eight* random bytes in our Object Id (5 random + 3 random starting values), the denominator in our odds ratio would be 2^(8*8), or 1.84467441x10'^19.

For those that have forgotten scientific notation, that's 18,446,744,100,000,000,000. Yes, that's correct, 18 quintillion and change. As a bit of perspective, the odds of being struck by lightning in the U.S. in a given year are 1 in 700,000, according to National Geographic. The odds of winning the Powerball Lottery jackpot are 1 in 292,201,338. The numerator in our odds equation is the number of documents per second. Even in a write-heavy system with 250 million writes/second, the odds are, while not zero, pretty good against duplicate ObjectIds being generated.

ObjectId is one data type that is part of the BSON Specification that MongoDB uses for data storage. It is a binary representation of JSON and includes other data types beyond those defined in JSON. It is a powerful data type that is incredibly useful as a unique identifier in MongoDB Documents.

Converting XML to JSON, Raw Use in MongoDB, and Spring Batch

Published at DZone with permission of Ken Alger. See the original article here.