TensorFlow is a library resource that comes under machine learning and artificial intelligence. The Google Brain team introduced it in the year 2015. It is a framework used for machine learning and deep learning. The languages used to develop TensorFlow are Python, CUDA, and C++. It supports platforms such as Windows, Android, Linux, JavaScript, and macOS. Using TensorFlow, developers design graphs and structures that consist of nodes, performed by mathematical calculation.

According to the user's choice, developers can use TF in Python or JavaScript. 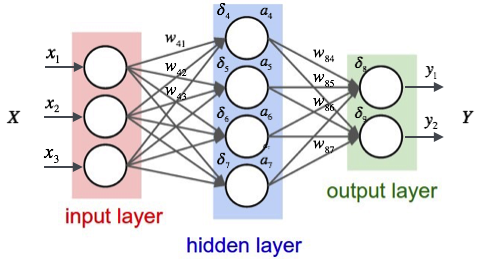 TensorFlow makes it easier to develop neural networks. A neural network is an algorithm used in the machine learning process. The working process of the neural network is similar to that of human thinking. TensorFlow helps developers design graphs and functions to solve complex problems. A graph consists of nodes or neurons used for interconnection between the nodes — similar to how humans have designed graphs.

The major components present in the neural network graph include the input layer, output layer, and hidden layer. These three layers are interconnected through nodes, which is called a network. These interconnected networks are arranged in a certain format of layers.

Neural networks can be subdivided into several types. Among others, these include:

While this is not a comprehensive list, let's have a look at each of the above in detail. 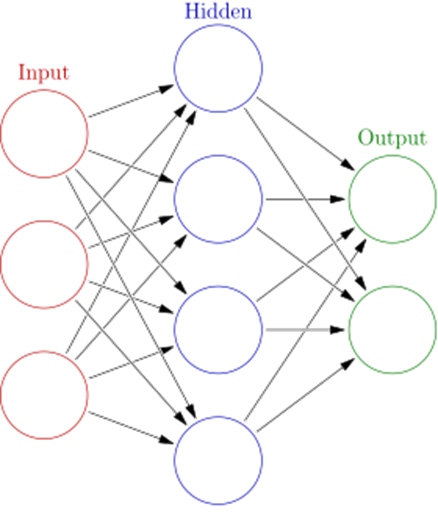 The artificial neural network is one of the subdivisions of a neural network. A neural network representation denotes the interconnected neural nodes like the human brain structure. This structure contains input and output units along with the remote unit.

The artificial network is designed and thinks like human behavior.

The action of programmers or users is given the data or information as input.

The final result is calculated and represented as output. The formula for calculating output is the summation of total input weight.

The hidden layer acts as an interface between the input and output units. The calculations are performed to find the various features and different patterns.

Pros and Cons of an Artificial Neural Network

It performs multi-tasking, where it performs more than one action. The missed data can be easily retrieved, as data are allowed to store in a full networking system, not in a database. The flow of output generating is not restricted if some nodes are removed. It has a good memory management system, and users can get the required output.

The cons of a neural network center on the fact that the structure can be predicted only using the trial and error method. Sometimes the network can't find where the error occurs.

Artificial neural networks are subdivided into the following types:

A convolution neural network is used for image processing. Image processing is useful for computer vision and can play a role in supervised learning. As an artificial neural network, it is similar to the work process of the human brain. It contains multiple layers and building blocks. It is used in deep learning. It assigns weight to the input method, and calculations are performed.

This is another type of artificial neural network. It predicts output based on old input history stored in memory. The main applications include generating text, problems based on prediction, text-based summarization, speech and image recognition, machine translation, and analysis problems in a call center. The main work involved is a prediction of sequence. It contains similar neurons, called nodes, similar to artificial and convolution neural systems. These neurons are arranged sequentially.

The primary aim of the TensorFlow algorithm in a neural network is to solve problems with high complexity. It has a wide range of advantages as it works concurrently and performs at a high level.

Published at DZone with permission of Mahesh Sharma. See the original article here.