It's been some time since I started blogging and I see a lot of room for improvement. I decided to create something open source that will produce real value and act as an example in my posts. Here it comes: Yet another blogging platform!

I want something as simple as possible. Here are a few key ideas:

I'm currently thinking about using the following tools to create the project:

Anything else that joins the toolkit is yet to be decided.

Before I actually start coding anything, I want to share with you my general design idea, that might (or not) be implemented later. I have two possible sources of contents—filesystem or a git repository, used in local and hosted mode respectively. I scan through the contents and generate HTML for each post. Over the content source, I set a "watch," checking for changes regularly (e.g. every second). If a change occurs, it triggers re-generating the post's HTML. For the views, I currently need just an index with headers and a single post view. HTTP routes can be resolved dynamically by adding "/" to index and everything else as a possible post. 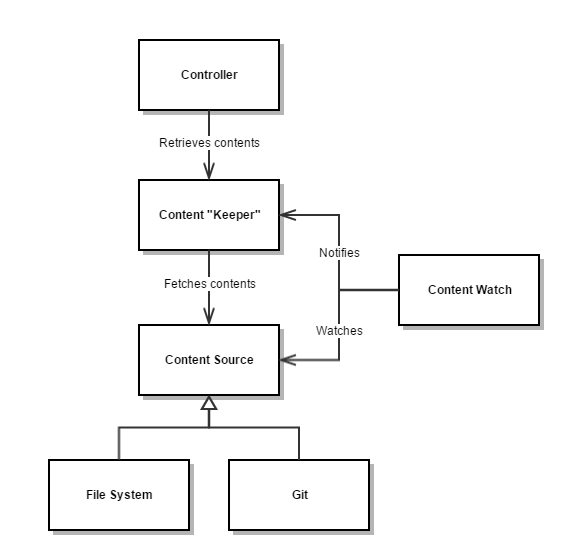 I didn't spend a lot of time preparing it. I just wanted to have a clue what I'll be building, but not necessarily a complete picture.

You are more than welcome to share your thoughts on the project in comments and contribute on GitHub.