In this article, we will see how to perform a Deep Learning technique using Multilayer Perceptron Classifier (MLPC) of Spark ML API. An example of deep learning that accurately recognizes the hand-written characters on the OCR dataset will be demonstrated with Spark 2.0.0 as well.

Deep learning which is currently a hot topic in the academia and industries tends to work better with deeper architectures and large networks. The application of deep learning in many computationally intensive problems is getting a lot of attention and a wide adoption. For example, computer vision, object recognition, image segmentation, and even machine learning classification.

Some practitioners also refer to Deep learning as Deep Neural Networks (DNN), whereas a DNN is an Artificial Neural Network (ANN) with multiple hidden layers of units between the input and output layers. Similar to shallow ANNs, DNNs can model complex non-linear relationships [1]. The DNN architectures for example for object detection and parsing, generates compositional models where the object is expressed as a layered composition of image primitives. The extra layers enable composition of features from lower layers, giving the potential of modeling complex data with fewer units than a similarly performing shallow network.

DNNs are typically designed as Feedforward Networks [4]. However, research has applied Recurrent Neural Networks very successfully, for other applications like language modeling. On the other hand, the Convolutional Deep Neural Networks (CNNs) are used in computer vision and automatic speech recognition where their success is well-documented and accepted [2].

One of the most common types of DNN is the multilayer perceptron (MLP) that can be formally defined as follows:

Further, according to the literature,

"These models are called feedforward because information ﬂows through the function being evaluated from x, through the intermediate computations used to deﬁne  f, and ﬁnally to the output y. There are no feedback connections in which outputs of the model are fed back into itself. When feedforward neural networks are extended to include feedback connections, they are called recurrent neural networks" [1]. 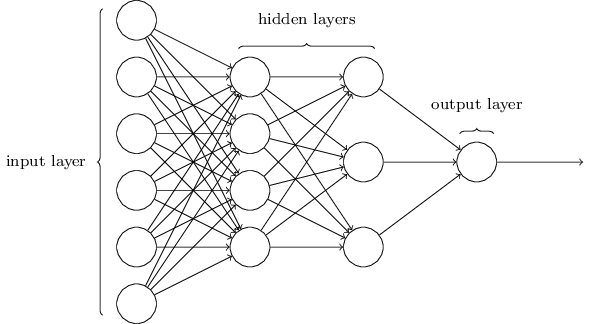 The MLPC employs backpropagation for learning the model. Technically, Spark used the logistic loss function for optimization and L-BFGS as an optimization routine. The number of nodes (say) N in the output layer corresponds to the number of classes.

To train a Spark ML based multilayer perceptron classifier, the following parameters need to be set:

Note that a smaller value of convergence tolerance will lead to higher accuracy with the cost of more iterations. The default block size parameter is 128 and the maximum number of iteration is set to be 100 as a default value.

In this section, I will show an example of deep learning that accurately recognizes the hand-written characters on the OCR dataset. As mentioned earlier, I will be using Spark based MLPC for the demonstration. Spark version 2.0.0 and Java will be used for the purpose.

However, before diving into the demonstration lets explore the OCR dataset first to get some exploratory nature of the data.

When an OCR software first processes a document, it divides the paper or any object into a matrix such that each cell in the grid contains a single glyph (also known different graphical shapes), which is just an elaborate way of referring to a letter, symbol, or number or any contextual information from the paper or the object.

To demonstrate the OCR pipeline, let's assume that the document contains only alpha characters in English that matching glyphs to one of the 26 letters: A to Z. We will use the OCR letter dataset from the UCI Machine Learning Data Repository [5]. The dataset was denoted by W. Frey and D. J. Slate et al.

While exploring the dataset, I have found that the dataset contains 20,000 examples of 26 English alphabet capital letters as printed using 20 different randomly reshaped and distorted black and white fonts as glyph of different shapes. Therefore, predicting  a character or an alphabet from 26 alphabets make this problem a multiclass classification problem having 26 classes. 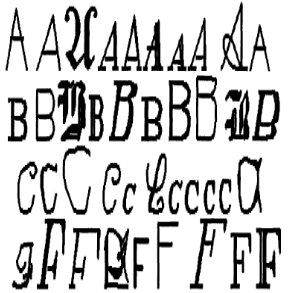 Figure 2 shows the images that I explained above. It was published by Frey and Slate et al., provides an example of some of the printed glyphs. Distorted in this way, therefore, the letters are computationally challenging for a computer to identify, yet are easily recognized by a human being. Figure 3 shows the statistical attributes of top 20 rows.

Exploration and Preparation of the Dataset

According to the documentation provided by Frey and Slate et al. [6] when the glyphs are scanned using an OCR reader to the computer, they are automatically converted into pixels. Consequently, the mentioned 16 statistical attributes are recorded to the computer too.

Note that the concentration of black pixels across the various areas of the box should provide a way to differentiate among 26 letters of the alphabet using an OCR or a machine learning algorithm to be trained.

Figure 3: The snapshot of the dataset shown as Data Frame

Recall that SVM, Naïve Bayesian-based classifier or any other classifier algorithms (along with their associated learners) requires all the features to be numeric. Moreover, each feature is scaled to a fairly small interval. Also, SVM works well on dense vectorised features and consequently will poorly perform against the sparse vectorised features.

In this case, every feature/variable is an integer. Therefore, we do not need to convert any values into numbers. On the other hand, some of the ranges for these integer variables appear fairly wide. In most of the practical cases, it might require that we need to normalize the data against all the features points. In short, we do need to convert the dataset to from current tab separated OCR data to libsvm format.

Interested readers should refer the following research article for getting in depth knowledge: Chih-Chung Chang and Chih-Jen Lin, LIBSVM: a library for support vector machines, ACM Transactions on Intelligent Systems and Technology, 2:27:1--27:27, 2011. The Software is available at [7].

Readers also can refer a public script provided on my GitHub repository at [14] that directly converts CSV to libsvm format. Just properly show the input and output file path and run the script, that's all. I’m assuming that readers have downloaded the data or have converted the OCR data to LIBSVM format using my GitHub script or using their own script. Nevertheless, I have uploaded the original and converted dataset along with source codes  (including Maven friendly pom.xml file) that can be downloaded from here [8].

In this section, an example of deep learning technique using MLPC will be shown. The demo has 11 steps including data parsing, Spark session creation, model building, dummy tuning and model evaluation:

Where the UtilityForSparkSession class is as follows:

Here the Spark SQL warehouse is set to "E:/Exp/", but you should set your path accordingly.

Load the input data in libsvm format and create Dataset of Rows as follows:

Step-5: Specify the layers for the neural network

Step-6: Create the MultilayerPerceptronClassifier trainer and set its parameters

Step-8: Compute the accuracy on the test set

I got the following performance metrics:

I will not go for Cross-Validation type tuning but will go for say a dummy tuning by making the perceptron deeper and by changing the model training parameters in step-11 below.

And by changing the model parameters: tolerance of iteration to 1E-6 from 1E-4 and Max iteration from 100 to 400 as follows:

Now repeat the steps 7, 8, 9 and observe the output. I got the following values after the dummy tuning:

Now much better compared to the previous result, isn't?

From the above output, it is clear that the prediction performance is pretty good in terms of accuracy, precision, recall and F1 measure. Please note due to the random nature of the data, you might get different prediction value.

We got the better result out of the dummy tuning, however, that does not mean that Deep learning using MLPC will solve every imaginable problem even in machine learning. But to do so, you should be sure you don't have more parameters than samples to train your model.

A rule of thumb is to have about one training sample for each trainable parameter in your neural network. Not enough data could be a show-stopper in using the deep neural network. Therefore, you need to train your MLPC with more and more data and apply hyperparameter tuning to properly setting the training parameters while training the MLPC.

Furthermore, readers are suggested to find more on machine learning algorithms with Spark MLlib at [4]. Moreover, a recent book titled “Large Scale Machine Learning with Spark” would be a good starting point from the technical as well as theoretical perspective to learn machine learning algorithms with latest Spark release (i.e., Spark 2.0.0) [2].

The maven friendly pom.xml file, data file, and the associated source codes can be downloaded from my GitHub repository here [8].