A game with a good design enables extensibility and portability with little modifications to the source code.  It also enables the easy transformation of the game to multiple game platforms.

First-person shooter (FPS) games involve interaction between an avatar, ranged weapons, and one or more distant targets or enemies.  The shooting devices are modeled on real-world or imaginary objects. Weapons are made to simulate the behavior of real firearms. These have attributes like accuracy, range, magazine, damage, firing modes, and propensity to malfunction. Weapons can have accessories like riflescopes, silencers, laser sighting devices, etc.

Why Use Design Patterns?

The weapons provide the players with seemingly real shooting experiences. Weapon accessories are given out as rewards or upgrades to the game. As such the developers would want the flexibility to add new weapons.  A complex game design would require effort and changes to the existing system.

The Factory Method and the Decorator design patterns can be used to resolve this design problem. 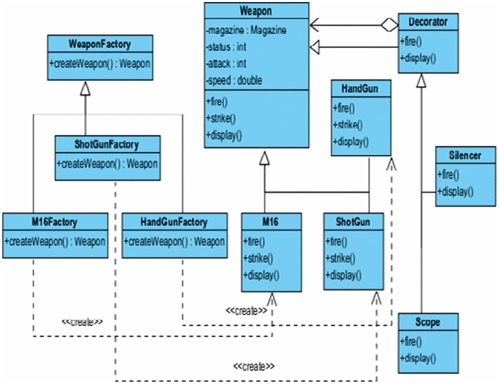 The Decorator pattern allows for added responsibilities to an object. Let us look at how an assault gun can be added with “decorations” to improve accuracy, add silencer support, and more power to the gun. 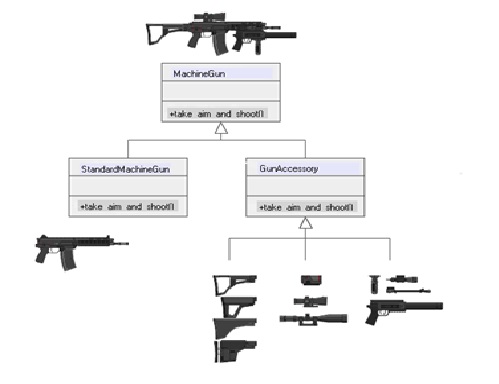 Figure 2: Class Diagram- Use of Decorator pattern for Weapon design.

Game programmers often concentrate on the core functionality of the game.  They usually ignore the design aspects. This leads to less flexibility, extensibility, and robustness in the final game design. Any changes in game mechanics, algorithm, or player behavior becomes complex. This requires complete rework in most cases. Design Patterns provide solutions to common design problems. These can be evaluated and implemented in Game Design especially for modeling the principle Game components and their interactions.