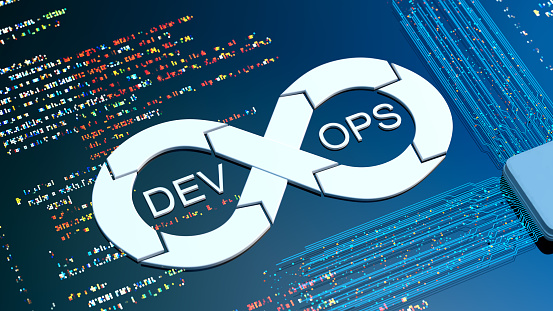 DevOps has been a totality of many things, which include technological tools and procedures. It has brought about an improvement in the process of software development. In essence, introducing effective high movement in propelling the functionality of developers and operational teams in producing good results.

DevOps is a combination of two separate entities that work together and has also proven to be quite effective towards its occurrence in software development, which in addition upgrades to an updated version in delivering the best.

Along those lines, technological advancement has been studied to have high quality and productivity. But it is noteworthy that without the brains and strategic thinking towards the performance of technological tools, there would be low inconsistent output in development.

Additionally, organizations are given the responsibility of providing high quality, thus, the deployment of DevOps in providing their customers with standardized software programs. The online platforms are generally used to publicize their products and services, which has been proven to be at their customer’s advantage in having easy access to what they have to offer.

Thus, necessitating the need for high importance of DevOps in every software development company or organization, that is, if they desire to implement its advantageous practices in each of their projects embarked on.

Moreover, time has proven to be one of the elements that are mostly consumed when developing software but with the application of DevOps, one can conquer such problems through automation. The more reason why software developers should be equipped with the knowledge on how to operate DevOps is due to its two-sided nature, in terms of development and operational teamwork.

In other words, when developers can perform their roles and team roles properly by being strategic based on DevOps, they would have high productivity and ensure that they do not encounter difficulties like being susceptible to bug errors, uncoordinated and accumulated projects due to its time-consuming process, and also unavoidably reducing productivity.

But on a positive note, the use of DevOps technology in alignment with its goals assists developers in producing effective and efficient software application programs, in collaboration with the development and operational team members, which in addition, improves valuable customer satisfaction.

Some developers intend to develop specific software for the usefulness of society but are unable to do so because they do not have core knowledge of the developmental aspect and the skill set to operate it. This could lead to the inability to achieve the required outcome and cause dissatisfaction of customers with demands.

In simpler terms, the six methods have a huge effect on the outcome based on the developer's efforts when participating in software development.

In addition, the definitive pattern used as a strategy is based on the needs of the team. The Feature branch workflow which is also known as Gitflow workflow helps to improve the software development process, with it making much of a difference thus, giving the developers an advantage of determining what the central server is and what the repository is. It will also give them the chance to modify, and separate changes made to the code.

It's no doubt that the execution of infrastructure as code by a team of developers makes a huge contribution to the software development of a stable environment. In a situation where the team wants to create an infrastructure, they can choose either the central server or a repository, choose a code, and then configure it for testing.

DevOps methods provide the developer team with the consistency and direction that is needed to create infrastructure as code to prevalent issues that may arise after configuration into a target environment. The teams have the advantage of validating whatever infrastructure is automated and removing environments that are not.

By using continuous integration, the developers can have high productivity and explicit validation through the constant tests run on the codes, which enable them you locate bugs and remove them immediately.

Using this process during a software development process in DevOps, developers are bound to receive verification updates on integrated codes no matter the various test the codes pass through like the integration test and so it makes deploying such updates to customers easier.

As a team, the developers share responsibilities accordingly by following the DevOps proceedings. They work together in building a connection of like minds, sharing the necessary information and procedures that surround the development of software and codes. They do this with the use of media applications or systems that makes communication easier and faster. This enables development and operational teams and Other teams in the organization to join hands together in creating standardized software.

The database of the developer's cloud helps them to understand changes or problems through monitoring. They can study the cause of the difficulty and approach it instantly. When developers monitor the processes made, they can understand why changes were made by the analysis of data produced.

DevOps has numerous technologies that have been established in the digital world to make developers deliver more efficiently and effectively.

Overall, for a developer to exceedingly produce a standardized software, such individual must be able to follow DevOps proceedings of development and also make a good team member in collaboration, as this would help to deliver high-quality products and services.

Published at DZone with permission of Ayodele Johnson. See the original article here.