The evolution of software engineering over the last decade has led to the emergence of numerous job roles. So, how different is a software engineer, DevOps engineer, site reliability engineer, and cloud engineer from each other? In this article, we drill down and compare the differences between these roles and their functions. 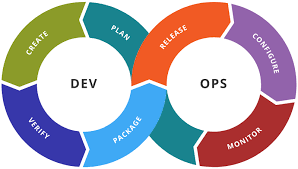 As the IT field has evolved over the years, different job roles have emerged, leading to confusion over the differences between site reliability engineer vs. software engineer vs. cloud engineer vs. DevOps engineer. For some people, they all seem similar, but in reality, they are somewhat different. The main idea behind all these terms is to bridge the gap between the development and operation teams. Even though these roles are correlated, what makes them different is the scope of the role.

What Is Software Engineering?

So, at a high-level, a software engineer’s role is to architect applications, develop code, and have processes in place to create solutions for customers.

Now you understand what a software engineer is and what their role is. In the next section, let’s try to understand the difference between software vs. DevOps engineers.

Here enters DevOps, a set of practices and a culture designed to break down these barriers between software engineers, System admins and other parts of the organization. DevOps is made of two words of Dev and Ops, namely development and operations, and it’s the practice to allow the single team to manage the entire application development lifecycle, that is, development, testing, deployment, monitoring, and operation. They achieve that by frequently releasing small changes by using continuous integration and continuous deployment (CI/CD).

DevOps is broken down into five main areas:

If we think of DevOps as a philosophy, Site Reliability Engineering (SRE) is a prescriptive way of accomplishing that philosophy. So if DevOps were an interface in a programming language, then SRE is a concrete class that implements DevOps. In DevOps, when we talk about eliminating organization silos, SRE shares ownership of production with developers. SRE uses the same tools as DevOps to ensure everyone has the same view and exact approach to working in production. SRE has a blameless postmortem in accepting incidents and failure, which ensures that the failure that happens in production doesn’t have to be the same way more than once. SRE accepts the failures as normal by encoding a concept of an error budget of how much system is allowed to go out of spec. SRE follows the philosophy of canary release in terms of gradual changes, where the release changes only a small percentage of the fleet before it’s been moved to all the users. In terms of tooling and automation, the main idea is to eliminate manual work as much as possible. For measuring everything, SRE measures the health and reliability of the system.

As an SRE, you must have a strong background in coding, but you should have the basics covered on Linux, Kernel, Network, and computer science.

To sum up, SRE and DevOps are not two competing methods, but close friends designed to break down organizational barriers to deliver better and faster software. Both of them intend to keep the application up and running so that the user is not impacted. On the one hand, SRE is more applicable to production environments (as it’s the combination of software engineering plus system admin). In contrast, DevOps is more for non-production environments (sometimes in production). Their main task is to keep the environment up and running and automate as much as possible.

What Skills Does DevOps or SRE Need?

These are some of the technical skills companies are looking for when hiring DevOps or SRE.

So in the modern context, an SRE/DevOps engineer is a software engineer whose focus area is infrastructure and operations. They take care of the operational tasks and automate it, which, in the past, was taken care of by the operations team, often manually.

Cloud engineer roles can be specific to architecting (designing cloud solutions), administration (making sure the system is up and running all the time), or development (coding to automate cloud resources). Some of the responsibilities of a cloud engineer are as follows:

There are three main types of cloud engineers:

A cloud engineer needs to combine SRE/DevOps/software engineer in an ideal situation but specialize in cloud services. But in reality, there is still a skill shortage in the cloud field. Cloud engineers specialize in one area, either they are good developers, or they know cloud services well. Due to this hindrance and skill shortage, some companies resist moving to the cloud and still have the workload running in the on-premise data center. The only way to fill this gap is for companies to train their employees in all aspects. Cloud engineers need to grasp programming skills and vice-versa.

Published at DZone with permission of Vishal Padghan. See the original article here.