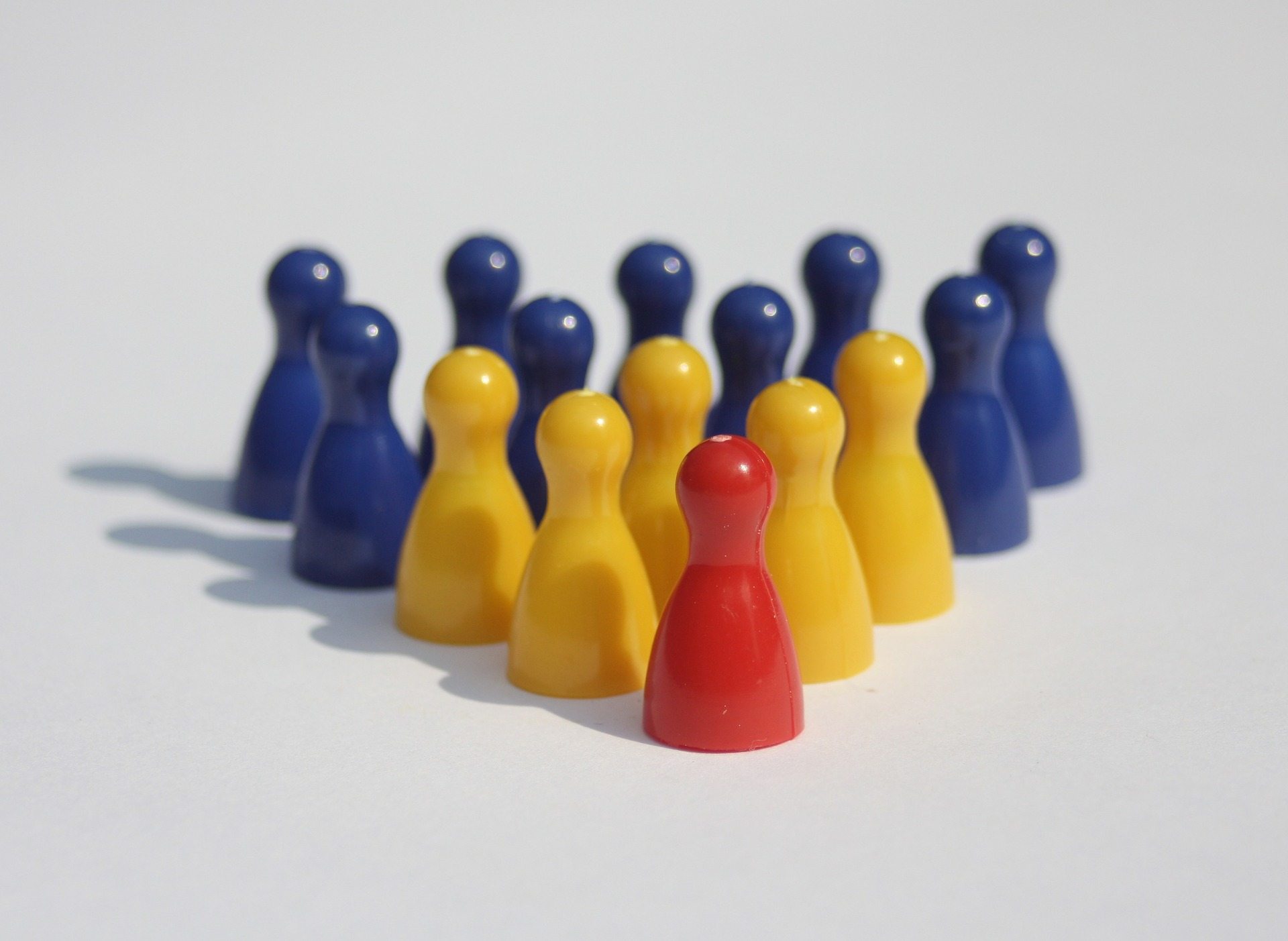 Design Docker images with a heirarchy in mind.

Over the past few years, I’ve had the need to create Docker images for various applications/microservices. In my case, the most predominant use cases were Java and Python. Of course, there are a myriad of Java and Python images available on Docker Hub, and often these images can be used as a good basis for applications. However, as time goes on, I found myself having to manage multiple applications requiring different versions of these platforms.

It’s easy enough to reuse and customize a base image, but it tends to lead to repetitive work in configuration. Over time, like many open source projects, Docker Hub images evolve. That is to be expected. However, challenges arise when that change breaks the way dependent images are assembled or required versions aren’t available. In addition, I have also worked in environments where regulatory considerations were a priority and pulling images from Docker Hub tended to generate questions regarding the source and assurances of meeting specified guidelines. Anyone whose been involved in compliance and security audits understands that the use of external resources always requires some type of additional validation demonstrating the authenticity of the source. It can be done, but, with audits, the fewer questions raised are and the more straightforward the process.

You may also enjoy:  Docker Images and Containers

Given these caveats, I decided to build a set of base images that can be leveraged by applications within our organization. Building your own Docker images provides a level of independence, control and security. It also helps in establishing Docker image patterns and practices within an organization. Plus, it’s not difficult to do at all. The following presents a few examples. As is the case when presenting any type of code, there are always variations and possible improvements. The primary concept here is the presentation of a reproducible pattern than can be applied in many organizations in building their Docker image catalogs.

The benefits of leveraging inheritance with your Docker images are similar to the notion of object-oriented inheritance.

The benefits of leveraging inheritance with your Docker images are similar to the notion of object-oriented inheritance.

This diagram may appear a bit involved, but whether you’re using any of these technologies or others, most larger applications are comprised of multiple frameworks – especially when deployed as Docker containers in a microservice architecture. Even if your application is using a single language platform and a single framework for that language, your application deployments will benefit significantly from the use of even the most basic hierarchy.

Starting With the Operating System

Docker images are based on the file system layouts of various Linux distributions. (Docker images can also be built for Microsoft Windows, but for the purpose of this conversation, Linux will be used.) Organizations providing Linux distributions continue to evolve their Docker images to be more Docker or cloud-native friendly. This essentially means that organizations are providing base images that are compact and secure; only containing the essentials. Reading through various blogs and articles will present various perspectives on Docker images and their size. However, one aspect of image size on which there’s widespread acknowledgment is that of attack surface. Smaller images generally mean fewer files. Fewer files result in fewer opportunities for malicious behavior to occur. Most Linux distributions provide images considered to be cloud-native friendly.

At the base of the image, hierarchy is an operating system image extending from the standard Alpine Linux distribution. Alpine Linux has built a reputation in the Docker community. It's non-commercial, resource-efficient and secure.

Extending a Linux distribution allows you to customize the distribution to meet the needs of your organization. The example below demonstrates a few modifications that might be made to a standard operating system image. The Dockerfile is available on GitHub.

This example is basic and straightforward:

Fortunately, most versions of Linux support a wide range of application runtime platform versions. The details that need to be resolved are designing a pattern whereby multiple versions of runtime platforms can be quickly and easily be assembled while maintaining the image hierarchy.

Extending the operating system image just discussed, the next Docker image in the Python image hierarchy is one that installs and configures pyenv. The Dockerfile is available on GitHub.

This Dockerfile follows the documented instructions for installing pyenv. There are also a set of scripts installed that will be discussed below. The following are some notes on this Dockerfile:

The files added are convenience scripts available for subsequent images:

Typically, although not required, the resultant image would be stored in a registry as a generic Python runtime image. Using the example above, an example image name and tag could be myregistry/python:3.7.4.

Here requirements.txt is specified as being in the home directory of the built-in user, alpine. This, of course, is dependent on how the actual Dockerfile is written. An example of its usage is below.

As discussed in the previous section, the pyenv image is designed to have subsequent Python images built. With a standard operating system image configured, and an image that will install and configured versions of Python, it becomes very easy to build Python images that can be used for multiple purposes.

The next image in our hierarchy is the installation of Python 3.7.4. The Dockerfile is available on GitHub.

That’s all there’s to it. Creating new versions of Python images with common ancestry becomes a matter of a few simple directives in a Dockerfile.

The example below demonstrates installing the popular Python web framework, Flask. The Dockerfile is available on GitHub.

Other than the LABEL directives, there’s nothing in this Dockerfile that indicates Flask is being installed. This is a repeatable pattern. Whether you’re using Flask, Django, TensorFlow, Ansible, or any of the many Python frameworks, add a requirements.txt, invoke install-requirements.sh, perform any final customizations, and you have Docker images with shared ancestry that can be shared across an organization.

One note on the COPY pattern used here. The contents of the source build directory are copied to /opt/build within the image. In addition, the COPY is not specifying any UID, so the implied user is root. This could be simplified for this image by copying the contents of the source build directory to /home/alpine using the --chown   option to COPY . That eliminates the need for user switching between root and alpine. As mentioned earlier, I find this pattern useful. It’s of most use for more complex image build procedures where files may need to be installed in various file system locations (e.g. /etc) where the user must be root to perform the operation. So, even though it’s not required here, it remains as an established pattern for my images.

We’ve now reached the point in this image hierarchy where we can build an image that contains an actual application. Well, at least a simple example, that is. It may seem that we took the long way to get to this point. While I do hope you appreciate the value of laying out a hierarchy of images for reuse across an organization, there’s an additional benefit of getting to this point. Docker image builds can take some time. Whether it be on a developer’s workstation or in a CI/CD pipeline, images that take even a few minutes to build can impede productivity, or, at the very least, be frustrating as team members wait for their test images to build. By inheriting images where most of the assembly work has been accomplished, the final image build step of laying down and configuring application components should literally take seconds.

Using Miguel Grinberg’s The Flask Mega-Tutorial Part I: Hello, World!, the following image build clones the GitHub repo for the tutorial and configures it to execute as a Docker image. The Dockerfile is available on GitHub.

It took some time to get here, but hopefully, the value of a clear Docker image ancestry tree is apparent. Building Docker images is no different than the code contained within the images. The process requires the same concepts as applications themselves including principles, patterns, best practices, security and regulatory compliance, traceability, version control, and so on. Adhering to this or similar patterns becomes a key aspect in consistent and mature containerized application deployment processes.

How to Build Your Own Docker Images