As a developer, you’ve probably grown to love using an IDE — but in the modern coding universe of choices, how do you choose the best IDE? While some might try to convince you that the “cool kids” are using IntelliJ, whether you’re looking for your first IDE, or being pressured into switching, here are some reasons to choose Eclipse!

Eclipse: The Best IDE for Millions That Choose It

At Dunebook, Deven Rathore published an article comparing Eclipse with IntelliJ, including some interesting statistics on how the landscape has changed over the past few years. Below, I expand on a few of the reasons why he believes many developers choose Eclipse. 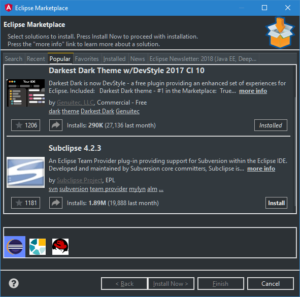 Head on over to the Eclipse Marketplace to see over a thousand plug-ins! Several add language support, like support for C++, Ruby, or TypeScript, while others provide tools, like Eclipse Docker Tooling, or WindowBuilder which comprises graphical designers for SWT and Swing. Our own plug-in, Angular IDE, adds support for the Angular web development framework, adding both language support and several tools to your IDE. Besides plug-ins, there are several specialized standalone distributions too, like Adobe ColdFusion IDE, MyEclipse, or Eclipse for PHP, among dozens of others.

Beyond the usual capabilities one might expect from a debugger — conditional breakpoints, remote debugging, or the ability to step through code the way you desire — Eclipse has some seriously cool debugging chops. Forgot to check the return value just before jumping out of/over a method? Now Eclipse will show you the last observed method result in the Variables view.

And I’m sure you’ve all come across a situation where a whole bunch of breakpoints only make sense after hitting a particular line(s) of code? Trigger points are a terrific way of avoiding unnecessary breaks until they become relevant. Be sure to read this article for more.

Eclipse really is the best IDE for Java development, though it’s hard to deny it has been losing ground to IntelliJ recently — perhaps because people don’t take the time to look at what Eclipse is capable of. There are way too many features and capabilities of the JDT to highlight here, right from something as fundamental as the incremental compiler (did you know IntelliJ bundles Eclipse’s compiler?) to productivity-related features like versatile templates, quick outlines, awesome refactoring support, JUnit 5 integration, etc.

Be sure to follow #EclipseTips and @EclipseJavaIDE for more tips like the “Extract Class” refactoring you can see below:

Not having a good dark theme has been a big turn-off for many newcomers to the IDE, and some existing users too. Eclipse certainly had significant challenges to overcome in this area — but with DevStyle, a dreadful dark experience is a thing of the past. 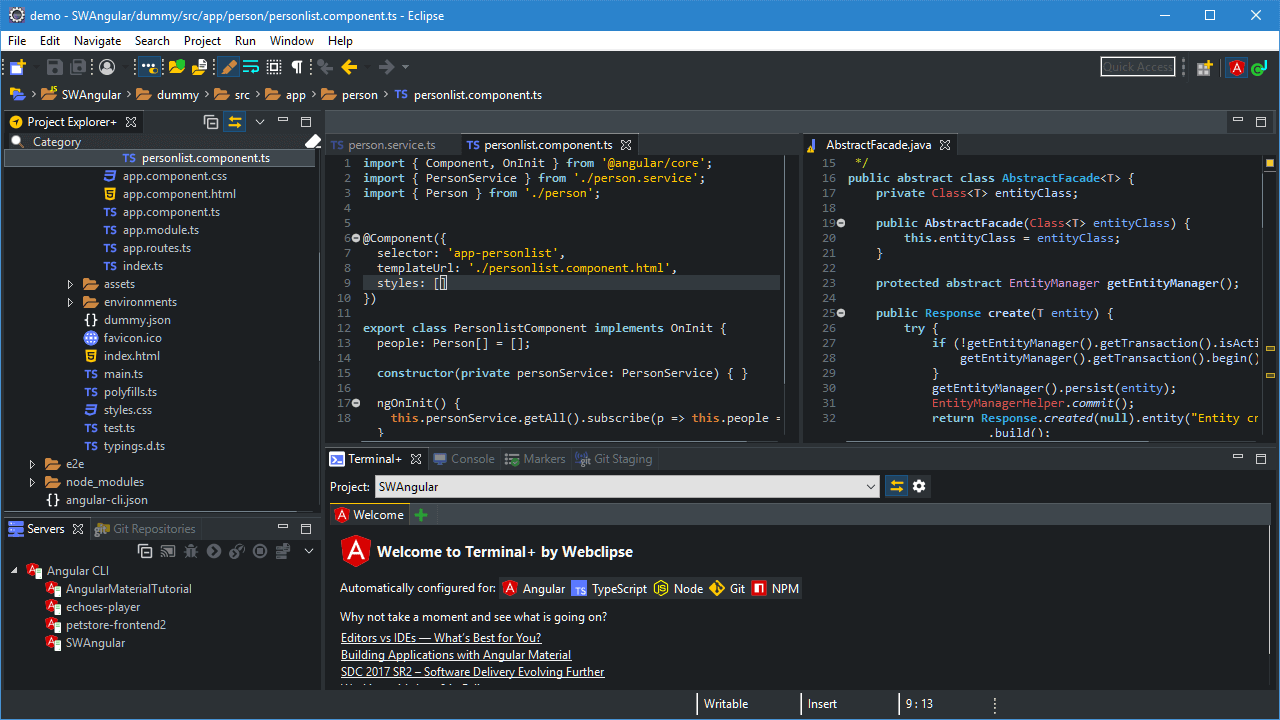 Yes, that’s really Eclipse, on Windows, with DevStyle (which I might add, includes awesome light themes too)! Almost makes me wish I was coding all day instead of typing away in WordPress.

Want more reasons why Eclipse continues to be the best IDE? Take a look at this article by Bozhidar Bozhanov — the big Eclipse wins for him were memory consumption, responsiveness, and the ease with which Eclipse can handle multiple projects. There are quite a few additional points and counterpoints in the comments though, so don’t miss those.

Eclipse: The Best IDE With a Strong Community

The Eclipse community keeps on growing! It now includes over 150 projects that focus on a range of software development aspects — covering everything from IoT to Epidemiological Modeling tools. This kind of community involvement brings a level of diversity to the Eclipse IDE that IntelliJ simply can’t compete with. And, with the first code installment for the migration of Java EE to the Eclipse Foundation arriving last week, a whole new world of opportunity has been opened — just a few years ago, no one would have believed something like this would ever happen.

Eclipse – Still. The. Best! And don’t just take my word for it, see for yourself how Eclipse remains the top IDE and continues to trend in a healthy, positive direction.