Systems should not fail, applications should not crash. That’s what we all want. However, sometimes it fails, and crashes, and we all try hard to prevent that from happening.
There are a lots of ways we can to prevent softwares from failing:

Yet, there is a principle in software development that go exactly the opposite ways: Fail-fast.

Then what can we do about it?

Preventing something from failing while it’s going to fail doesn’t solve anything. It does not solve the problem, it just hides the problems. And the longer it takes for the problems to appear on the surface, the harder it is to fix and the more it costs.

And in reality, system failures and software crashes are not the worst, and sometimes they’re not bad at all. There is something much worse: deadlocks, crashes long after the original bug, data loss and corruption, and data inconsistency. If a part of the system fails or the application crashes right before those worse things happens, then we’re lucky enough.

That’s why the fail-fast principle encourages us to fail fast and early: If an error occurs, fail immediately and visibily. If something unusually or unexpectedly occurs, let the software fail immediately instead of postponing the failure or working around the failure. 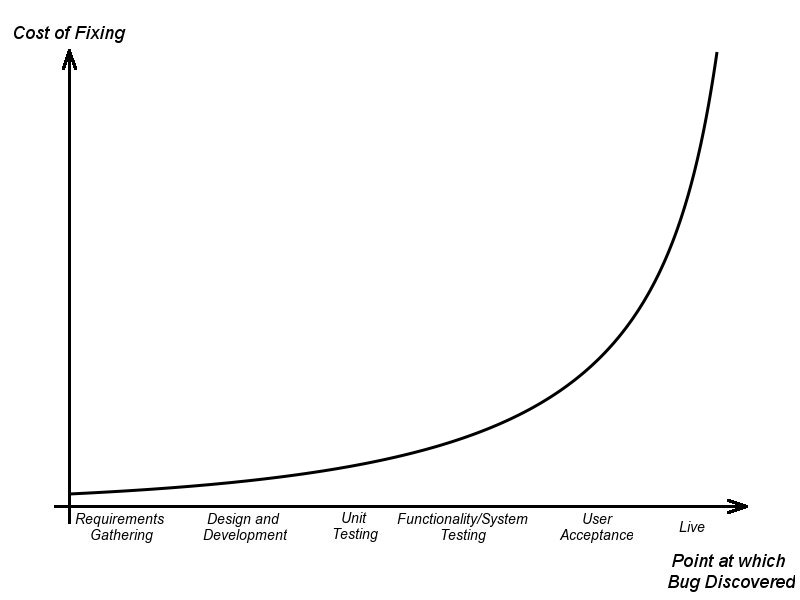 Fail-fast is the principle behind many Agile practices:

Other Examples of Fail-Fast