Feature branching allows developers to effectively collaborate around a central code base by keeping all changes to a specific feature in its own branch. With the addition of feature flags, feature branching becomes even more powerful and faster by separating feature release management from code deployment.

The Pains of Long-Lived Branching

Traditionally, new development has been done via branching. These branches typically live for months at a time, with silos of developers attempting to work in parallel. Long-lived branches often become the “I owe you”  of Gitflow: “I promise to address these merge conflicts… later.” The pain points that Git was supposed to address—merge conflicts, missing dependencies, and duplicate code—gradually emerge the longer a branch lasts. We then concentrate all the pain of reworks and conflict remedies until the end, which arguably makes the pain much worse. To avoid these long-lived branching issues, branching with feature flags enables devs to effectively manage short-lived feature branches and continuously deliver better software.

To help coordinate development, engineering teams have adopted distributed version control systems (like GitHub and BitBucket). These systems allow developers to collaborate within a central codebase and use branches to make updates or develop new features. Feature branching, therefore, has become a staple of modern development cycles because it allows developers to function without encroaching on each other’s progress.

One of the shortcomings of feature branching is that feature release management is still tied to code deployments. In isolation, feature branching forces engineers to manage software delivery within the confines of their version control system. Non-technical users can’t (and shouldn’t) manage feature visibility and distribution for customers from GitHub. It is currently not possible for developers to turn features on or off in real-time, as a way to manage risk or gradually introduce a new feature. 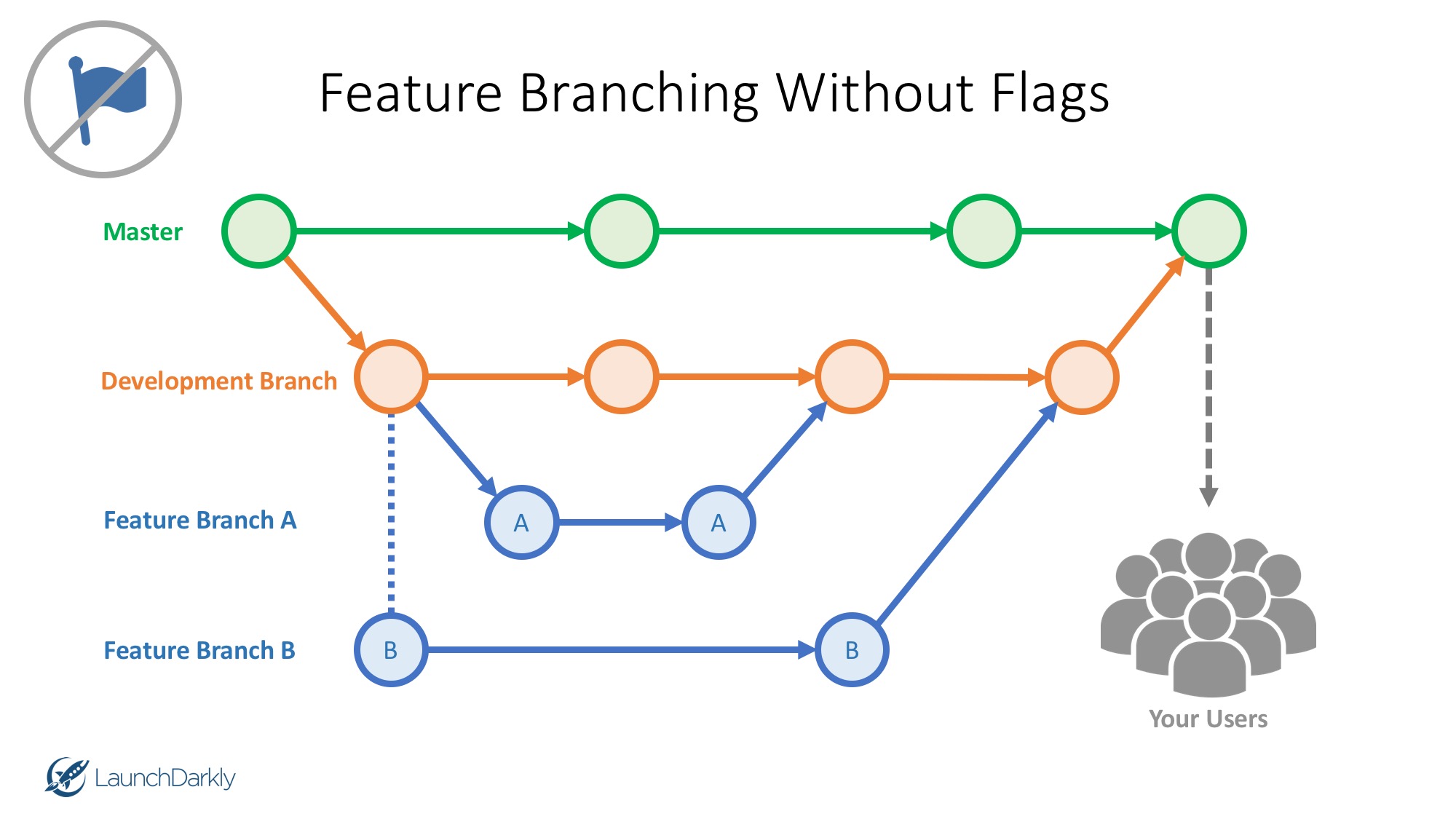 This diagram illustrates how developers create feature branches to manage feature development, ensuring that the current build is always in a deployable state.  While every company’s branching structure will be different, the basic premise is that you branch from a repository to make a new feature.

This is where the introduction of feature flags makes feature branching exceptionally powerful. Feature flagging allows developers to take full control of their feature lifecycles independent of code deployments. Application features can be enabled or disabled without requiring code to be reverted or redeployed. 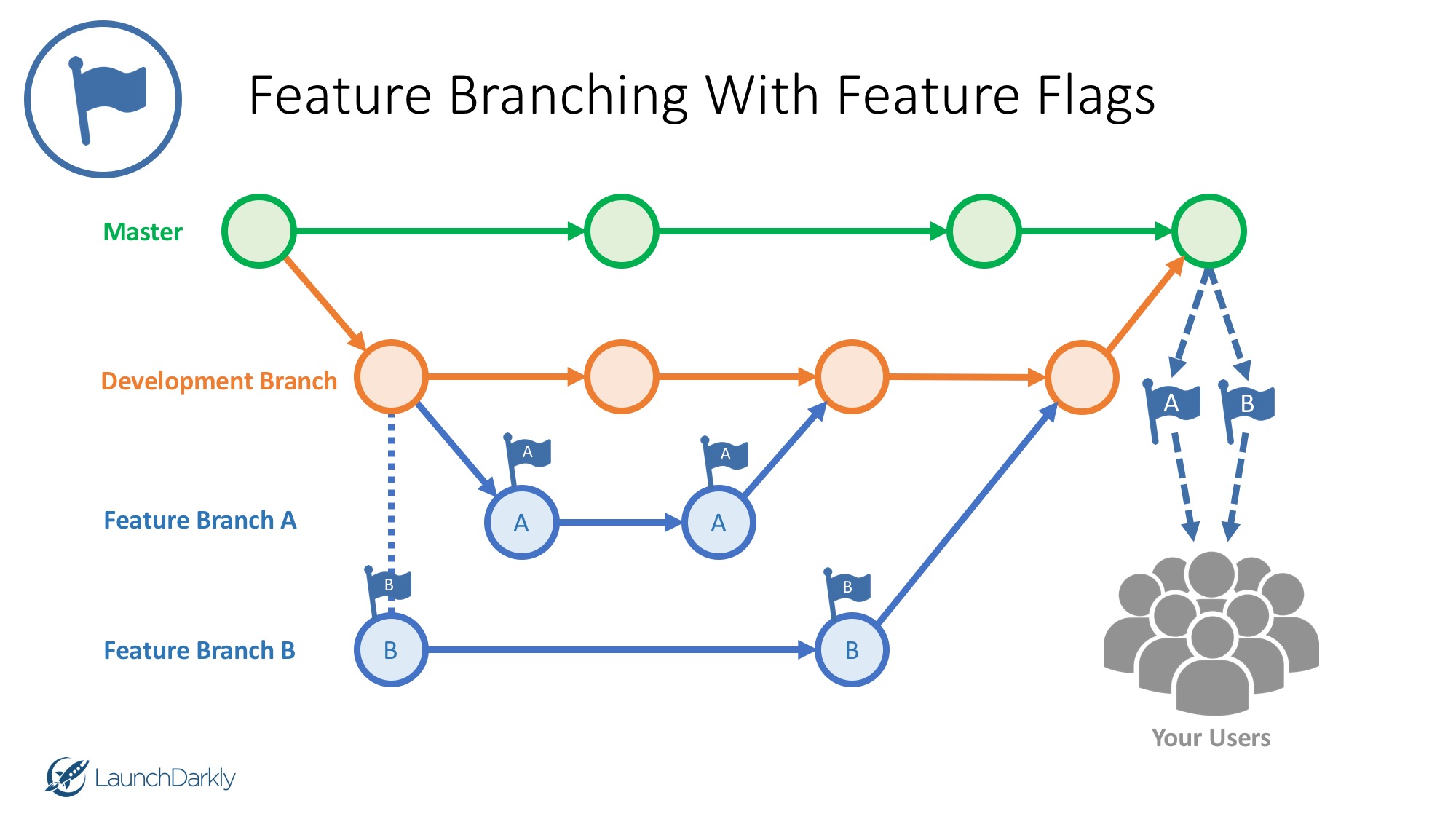 Feature flagging allows developers to take full control of their feature lifecycles without depending on code deployments. When you merge a feature branch into master (production), it is already wrapped in a feature flag. This allows you to deploy the feature “off” and then gradually roll it out to users. It also allows you to quickly “kill” the feature if it is not working well, without having to redeploy. Other benefits include:

Therefore, feature flagging does not replace branching, it is complementary and makes it more powerful. Feature branching provides the flexibility to decide when and what to release, while feature flagging lets you take full control of the release itself. Together, branching and flagging help you maintain and integrate short-lived branches faster and with less risk.