Prior to beginning any project, most development teams go through several meetings to decide the best language for their software. Many times this discussion boils down to Python and Golang. In this Golang vs. Python blog, I'll be comparing the two languages head-on, on various parameters that will help you decide as a developer which language is best suited for you. The parameters of comparison are:

Now let's get started. Before we get around to comparing Golang vs. Python, let me give you a brief introduction to both these languages. 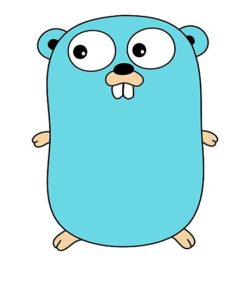 Golang, also known as Go, is a computer programming language developed by Google. Its development began in 2007 at Google, and it was introduced to the public in 2009. Go's three lead developers at Google were Robert Griesemer, Rob Pike, and Ken Thompson. They set out with a goal to create a language, loosely based on the syntax of the C programming language, which would eliminate the "extraneous garbage" of languages such as C++. As a result, Go inculcates many features of other modern languages, such as method and operator overloading, pointer arithmetic, and type inheritance. The product, in the end, was a statically typed language with a refined and powerful library, and unmatched performance and speed! Learn more about go.

That was enough about Go! Let's talk a little bit about Python now. 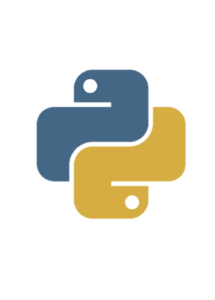 So, Python is a general-purpose programming language, which is just another way of saying it can be almost used for anything. It was created by a Dutch programmer Guido van Rossum and first released in 1991. The most important aspect of Python is that it is an interpreted language, which means that the written code is not actually translated to a computer-readable format at runtime; most programming languages do this conversion when the program is being compiled. This type of language is also referred to as a "scripting language" because it was initially meant to be used for trivial projects. Learn more about Python.

Ok, so now that I've given you guys a rough introduction to these two languages, let's get down to comparing them.

Firstly, we are going to compare the performance of the languages, and what better way to do that than just solve complex mathematical functions. While not entirely fair, it surely drives the point home when talking about memory usage and time spent in solving the problem.

We solved three different problems using both the language, namely Mandelbrot equation, n body problem, and fasta. These are really complex problems that take a lot of computation to be done and serves as a perfect way to test the performance and memory management of the language in question. Apart from that, they are really interesting problems and worth a read, but for now, let's see how Golang and Python fare.

This clearly shows us that Golang trumps Python when it comes to performance.

OK, moving on, let's compare the two on the topic of scalability.

Today building an application that is truly scalable is a work of art. If things don't scale it's just detrimental to the cause of business. Golang was developed as a language keeping this very thing in mind. The whole purpose of Golang was to help developers at Google to solve problems which are at the scale of Google, that basically involves thousands of programmers working on large server software hosted on thousands of clusters. This is why Golang has an inbuilt support for concurrent process channeling, i.e. concurrency. Python, on the other hand, has a really hard time with concurrency but can implement parallelism through threads.

Let's understand the difference between concurrency and parallelism. 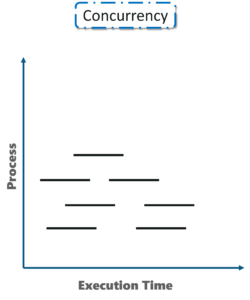 Parallelism means that an application splits its tasks up into smaller subtasks which can be processed in parallel, for instance on multiple CPUs at the exact same time. 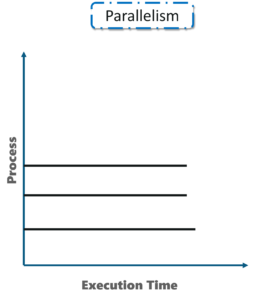 So it's only obvious that a language that inherently has support for concurrency is the perfect language for big, scalable programs.

Let's go ahead and compare these two languages on the basis of their application now.

There's not going to be a clear winner in this section because every programming language has a specific purpose. For example, Javascript is mainly used for web development. Similarly, Python has been widely used in the field of data analytics, artificial intelligence, deep learning, and web development. This can be mostly credited to the insane libraries that are available in Python that make life in the said fields a whole lot easier.

Golang, on the other hand, is mostly used for systems programming. Due to its support for concurrency, it has also found a generous amount of use and acceptance in the cloud computing or cluster computing field. Golang has also seen a lot of appreciation and use in web development due to its powerful and easy to use libraries, which allow you to set up a web server in a matter of seconds. You guys should definitely check out my Golang tutorial if you all want to learn such cool stuff in Go.

Basically, what I mean to say is due to Python being a dynamically typed language it kind of limits the programmer when he intends to build a really big programme, while Go can handle both types of programmes with finesse.

Now let's get on to libraries. 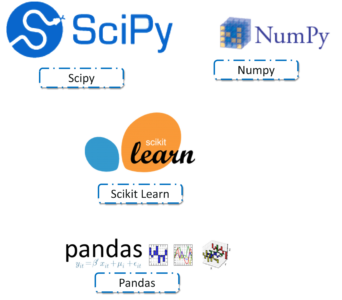 Libraries are the gift to developers because it makes our lives easier. So, having an excellent library for a programming language is crucial. In this case, Python definitely takes the cake in the sheer amount of libraries that are available. There are packages like Numpy that help you with array handling and complex matrix functions, Tensorflow and Scikit Learn for Deep Learning, OpenCV for image processing, Pandas for Data Analysis, matplotlib for visualization, and the list goes on and on. Really, if Python is known for one thing, that has to be its insane library. But this doesn't mean Go falls short. When Go was being developed, Google chose the most important libraries as a part of their inbuilt Go libraries. While the number may not be a boisterous as Python's, the usage fields covered is almost the same. They have insane libraries for web development, database handling, concurrent programming, and encryption too.

Now let's get to the last point of comparison, which is readability!

When you're developing some software for a client, you are generally going to work as a team with ten or even hundreds of other developers. At such times, code readability becomes a major factor to be taken into consideration.

Now a lot of you all might be thinking that Python surely takes the cake here but I have a different opinion so hear me out. At a glance Python sure has fantastic readability, but in my opinion, they overdo it sometimes. In Python, there are probably 10 different ways to say the same thing which normally leads to confusion whenever code is big or the people working on the code are in large numbers.

On the other hand, Go comes with strict rules when it comes to programming. It doesn't allow unnecessary libraries to be imported nor unnecessary variables to be created. This means there is a definite way to perform a task which leads to a better understanding of code amongst large groups. Some of you may say that the versatility of code takes a hit, but who really cares about versatility especially when it comes to core programming? Golang's syntax is also considerably less friendly to beginners but it's not as unforgiving as something like C or C++. So for readability of code, I'm going to go with Golang.

So as you guys see, Golang definitely has the upper hand in most cases and trumps Python as a programming language in my opinion. Sure it might not have the fame that Python has garnered over all these years and the expansion of the internet, but Go is surely catching up in that aspect too. Don't agree with me? Tell me why in the comment section below. That's it for this comparison for now! I hope I've helped you make up your mind regarding which language is better for your project. Do stay tuned for more Golang related blogs!