The Need for Prometheus High Availability

Kubernetes adoption has grown multifold in the past few months and it is now clear that Kubernetes is the defacto for container orchestration. That being said, Prometheus is also considered an excellent choice for monitoring both containerized and non-containerized workloads. Monitoring is an essential aspect of any infrastructure, and we should make sure that our monitoring set-up is highly-available and highly-scalable in order to match the needs of an ever growing infrastructure, especially in the case of Kubernetes.

Therefore, today we will deploy a clustered Prometheus set-up which is not only resilient to node failures, but also ensures appropriate data archiving for future references. Our set-up is also very scalable, to the extent that we can span multiple Kubernetes clusters under the same monitoring umbrella.

Thanos aims at solving the above problems. With the help of Thanos, we can not only multiply instances of Prometheus and de-duplicate data across them, but also archive data in a long term storage such as GCS or S3. Thanos consists of the following components:

Prometheus is stateful and does not allow replicating its database. This means that increasing high-availability by running multiple Prometheus replicas are not very easy to use. Simple load balancing will not work, as for example after some crash, a replica might be up but querying such replica will result in a small gap during the period it was down. You have a second replica that maybe was up, but it could be down in another moment (e.g rolling restart), so load balancing on top of those will not work well.

In order to completely understand this tutorial, the following are needed:

The above manifest creates the monitoring namespace and service accounts, clusterrole and clusterrolebinding needed by Prometheus.

It is important to understand the following about the manifest provided above:

We create different services for each Prometheus pod in the stateful set, although it is not needed. These are created only for debugging purposes. The purpose of thanos-store-gateway headless service has been explained above. We will later expose Prometheus services using an ingress object.

This is one of the main components of Thanos deployment. Note the following:

This will create the store component which serves metrics from object storage to the Querier.

Now if you fire-up on interactive shell in the same namespace as our workloads, and try to see to which all pods does our thanos-store-gateway resolves, you will see something like this:

The IP’s returned above correspond to our Prometheus pods, thanos-store and thanos-ruler. This can be verified as

This will create our alertmanager deployment which will deliver all alerts generated as per Prometheus rules.

Kubestate metrics deployment is needed to relay some important container metrics which are not natively exposed by the kubelet and hence are not directly available to Prometheus.

Node-Exporter daemonset runs a pod of node-exporter on each node and exposes very important node related metrics which can be pulled by Prometheus instances.
Deploying Grafana

This will create our Grafana Deployment and Service which will be exposed using our Ingress Object. We should add Thanos-Querier as the datasource for our Grafana deployment. In order to do so:

This is the final piece in the puzzle. This will help expose all our services outside the Kubernetes cluster and help us access them. Make sure you replace <yourdomain> with a domain name which is accessible to you and you can point the Ingress-Controller’s service to.

You should now be able to access Thanos Querier at http://thanos-querier.<yourdomain>.com . It will look something like this:

Make sure deduplication is selected. 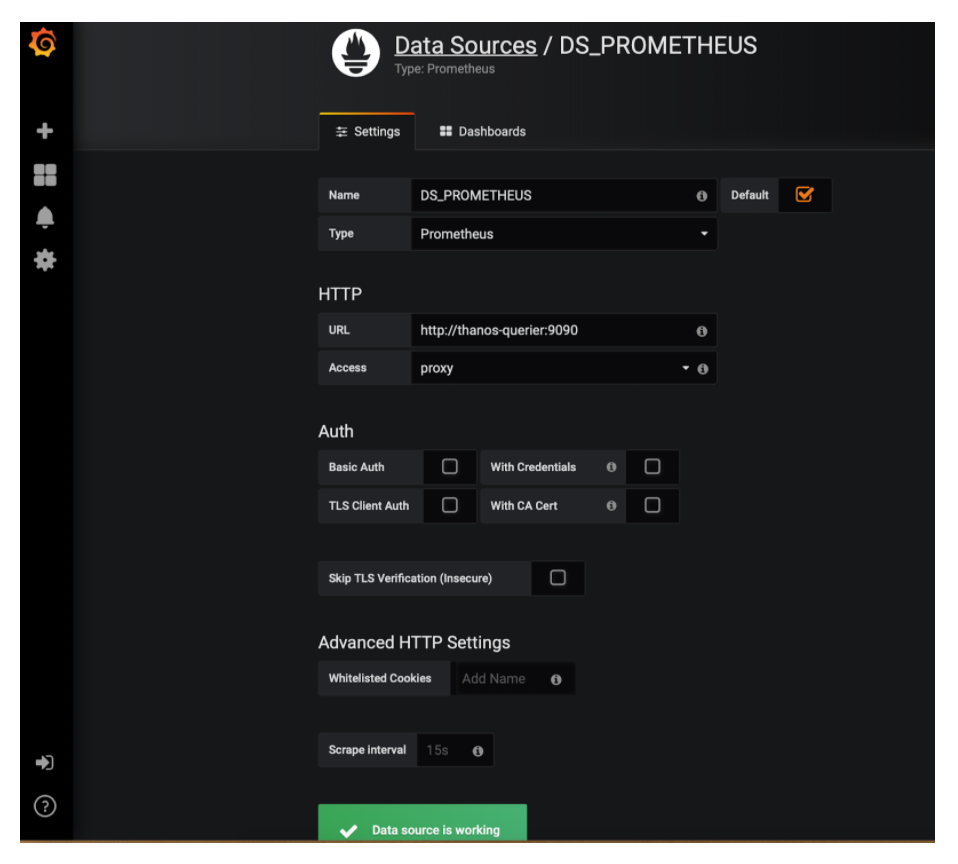 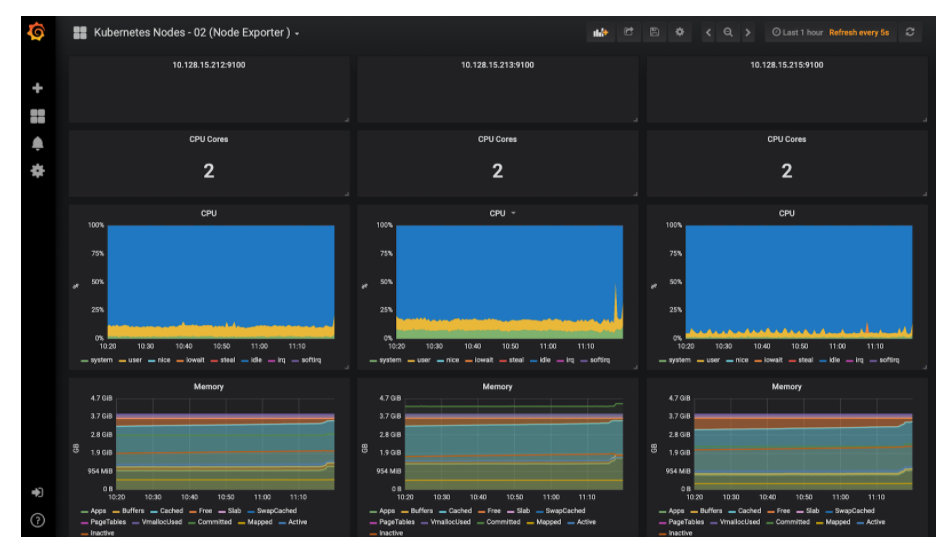 Integrating Thanos with Prometheus definitely provides the ability to scale Prometheus horizontally, and also since Thanos-Querier is able to pull metrics from other querier instances, you can practically pull metrics across clusters visualize them in a single dashboard.

We are also able to archive metric data in an object store that provides infinite storage to our monitoring system along with serving metrics from the object storage itself. A major part of cost for this set-up can be attributed to the object storage (S3 or GCS). This can be further reduced if we apply appropriate retention policies to them.

However, achieving all this requires quite a bit of configuration on your part. The manifests provided above have been tested in a production environment. Feel free to reach out should you have any questions around them.