I will use a similar setup as in my last article with MySQL 8.0 using the utf8mb4 charset.

I have a few words about MySQL 8.0 tuning. Dimitri recommends in his blog posts to use innodb_undo_log_truncate=off and innodb_doublewrite=0. However, in my opinion, using these settings is the same as participating in a car race without working brakes: you will drive very fast, but it will end badly. So, contrary to Dimitri's recommendations, I used innodb_undo_log_truncate=on and innodb_doublewrite=1.

For the first run, let's check the results without binary logs vs. with binary logs enabled, but with sync_binlog=1 for Percona Server for MySQL 5.7 vs. MySQL 8.0. 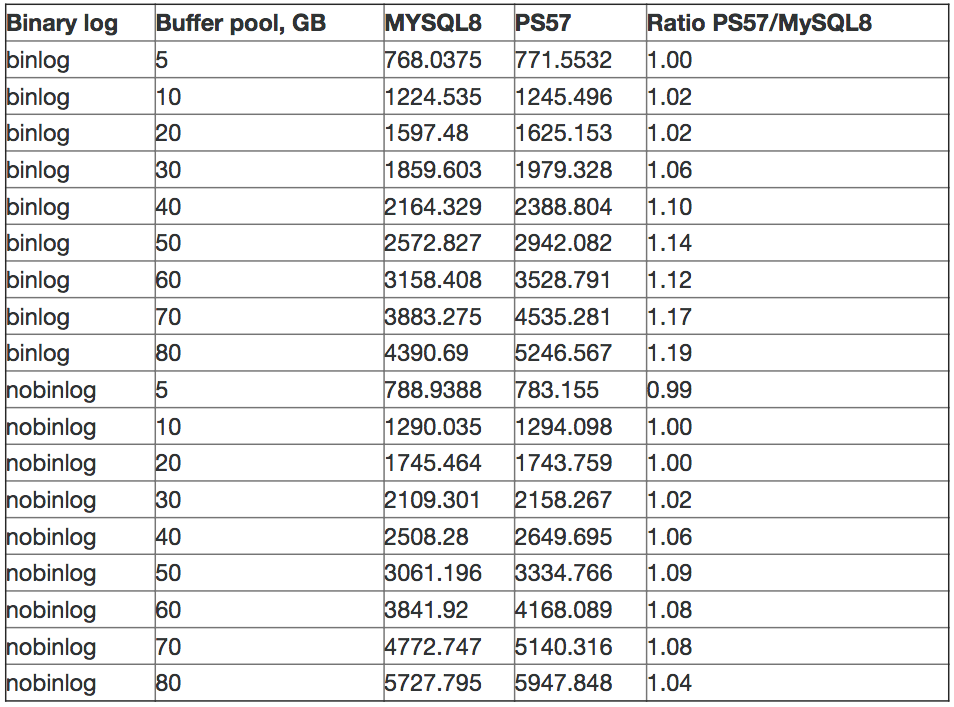 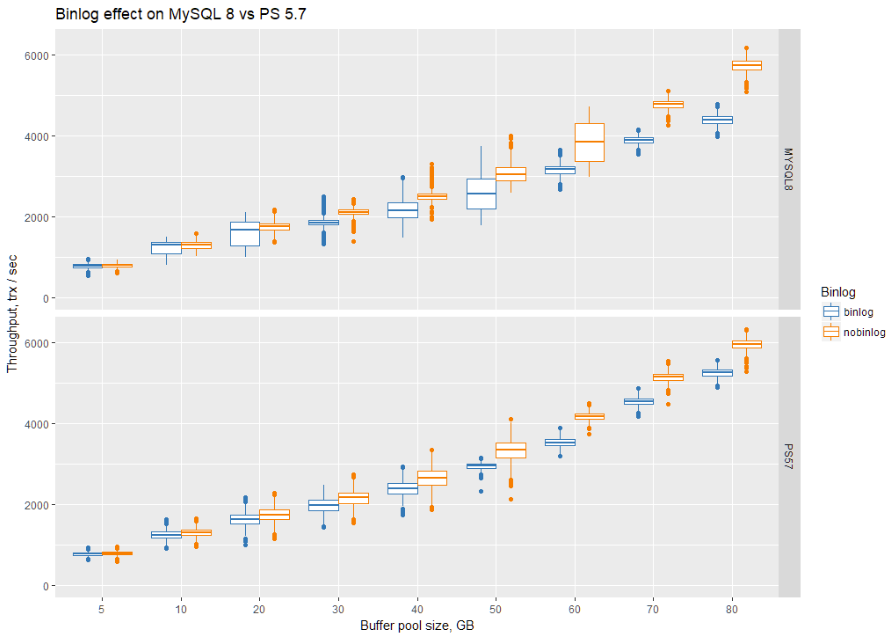 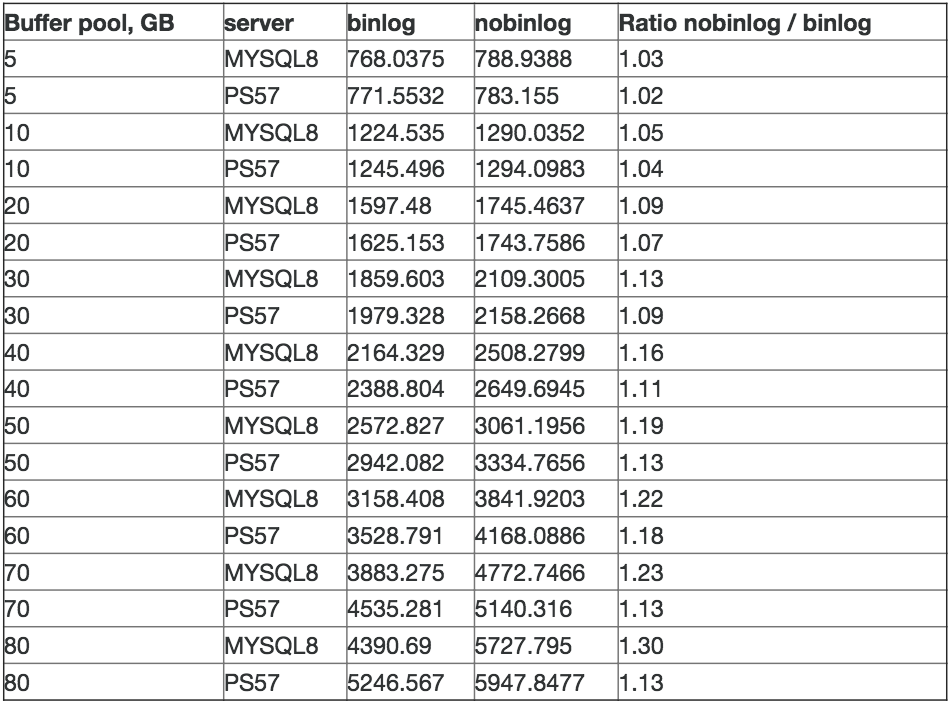 It seems that binary logs have quite an effect MySQL 8.0, and we see up to a 30% performance penalty as opposed to the 13% for Percona Server for MySQL 5.7.

For io-bound workloads (buffer pool size <= 30GB), the performance numbers for Percona Server for MySQL and MySQL are practically identical.

My goal is to provide fully repeatable benchmarks. I have shared all scripts and settings I used in this GitHub repo.