There are many coding languages that developers use to create online platforms, websites, and apps. One of these coding languages is React Native, which has become popular among the coding community. People from different backgrounds use React Native. Advanced iOS developers to React beginners use it in programming. Hire react native developers who can build UI, have knowledge of JavaScript and API services, can work on the frontend, and maintain cross-platform compatibility, infrastructure, and app integration. 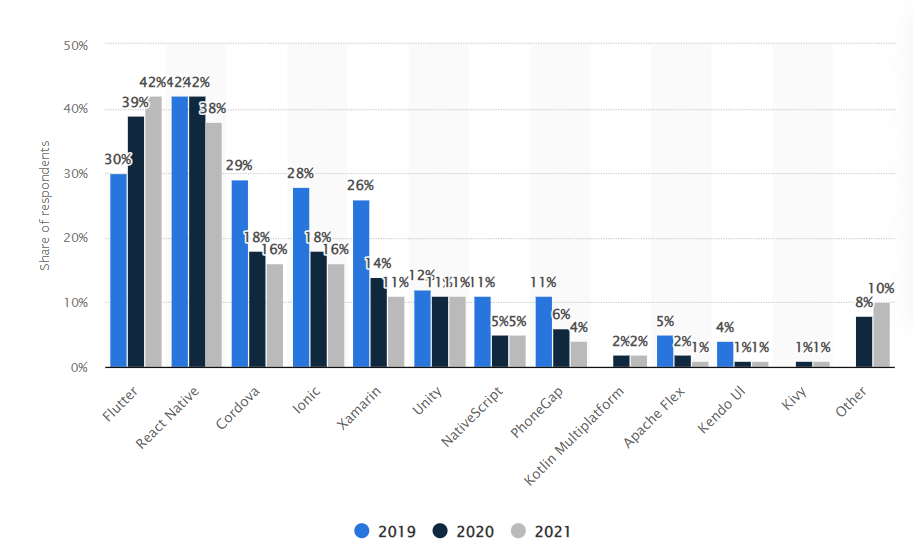 Why Do You Need to Be Careful While Selecting the Right Database for React Native?

A developer is under a lot of stress to create an app that can be modified at any time. As a result, it might be challenging for developers to choose the correct technology stack for React Native that includes the right database.

In coding, data is of utmost importance, and it is saved in variables if it isn’t a large program. When a program or software is restarted, the data is set to its original value, which is a huge disadvantage as this can result in the loss of data. In this regard, the database plays a vital part in keeping data stored and allowing us to retrieve it even after restarting. Async Storage, SQLite, Realm, PouchDB, and more databases are available for usage in react native apps.

React Native is useful for building mobile apps for iOS and Android with its JavaScript framework. It's built by Facebook's JavaScript toolkit, and it helps create unique user interfaces. It's designed for mobile platforms rather than the web.

What Are the Different React Native Databases Available for Use?

MMKV storage allows you to save data in a React Native application quickly. Everything is developed in C++, so it's quick and efficient. Another benefit? The library is basic and light (50K Android/30K iOS), and it shrinks, even more, when packed. MMKV also supports redux-persist and allows you to save any form of data with or without encryption.

Realm is based on SQLite. It makes use of native JavaScript objects that are dynamically mapped to a full, proprietary database engine. As a result, we can give a simple API while yet maintaining performance. Realm allows you to create advanced searches, represent complex data, and link things in a graph.

Realm is faster than even raw SQLite on common operations and has an extremely rich feature set. Realm is a lightweight database in Android, but it doesn't use SQLite. Realm uses very less memory in comparison to SQLite. Realm is very fast in reading & writing data compared to SQLite.

In mobile applications, SQLite, a C-language library, is used as the datastore. SQLite is particularly useful for offline applications, and many platforms come with SQLite support out of the box, making it simple to set up. One of the most well-known free Android development databases is this one. Its most distinguishing feature is that it is open-source, making it extremely adaptable to any developer's project and demands.

The Firebase Realtime Database is a cloud-based NoSQL database that allows you to store and sync data in real-time amongst your users. Google Firebase is a Google-backed app development platform that allows developers to create apps for iOS, Android, and the web. Firebase delivers analytics tracking, reporting, and app issue fixes, as well as marketing and product experimentation capabilities.

In React Native and React online projects, WatermelonDB is a novel means of managing user data. It's designed for creating complicated React Native applications, with real-world performance as the top priority. Simply said, your software must launch quickly. Watermelon's architecture is database-agnostic, allowing it to be used across multiple platforms. It's a high-level data management layer that can connect to any react-native database layer, based on platform requirements.

PouchDB is an open-source JavaScript database that is based on Apache CouchDB and is optimized for use in browsers. PouchDB was intended to assist web developers in creating apps that are as functional offline as they are online. It allows apps to save data locally while offline, then synchronize it with CouchDB and other compatible servers once the app is back online, ensuring that the user's data is always up to date. PouchDB is equally effective when used offline and online. It operates offline by saving data locally and then synchronizing it with the servers and CouchDB when connected to the internet. It uses IndexedDB and WebSQL in the browser to store data locally. You can use PouchDB to interact with both distant and local databases indefinitely without seeing any discrepancies.

Vasern is a React Native data storage system based on linked-consistent key-value stores. Its data engine is created from the ground up to provide native performance. Our goal is to provide an end-to-end database system that is open source and developer-friendly.

What Are the Most Important Factors That All Developers Need to Consider Before Selecting a Database?

When looking for the correct database for your React Native app, your developers should be very clear about all of your requirements. Realm performs admirably as a local database, regardless of the developer's needs. SQLite does not give the same degree of security, efficiency, or flexibility that realm offers. Furthermore, while Firebase is well-founded and well-suited for constructing real-time applications, if you have a larger strategy and concept, Realm or SQLite are better choices.

Each database has its own set of key benefits, features, and drawbacks. It would be unfair to compare them because they are all unique! The goal is to examine your project's goals, create a list of databases, study them in-depth, and choose the best one that meets your needs.

Published at DZone with permission of Bharat Ghode. See the original article here.