It used to be that people first downloaded their software onto a physical computer and then ran it. Now, with cloud computing, you no longer need to worry about awkward downloads. Instead, you can use all the same services online from anywhere and see updates in real-time.

Why Businesses Migrate Their Legacy Applications To the Cloud

Containers and virtual machines (VMs) are the two main approaches to deploying multiple isolated services in the cloud. So how are they different? 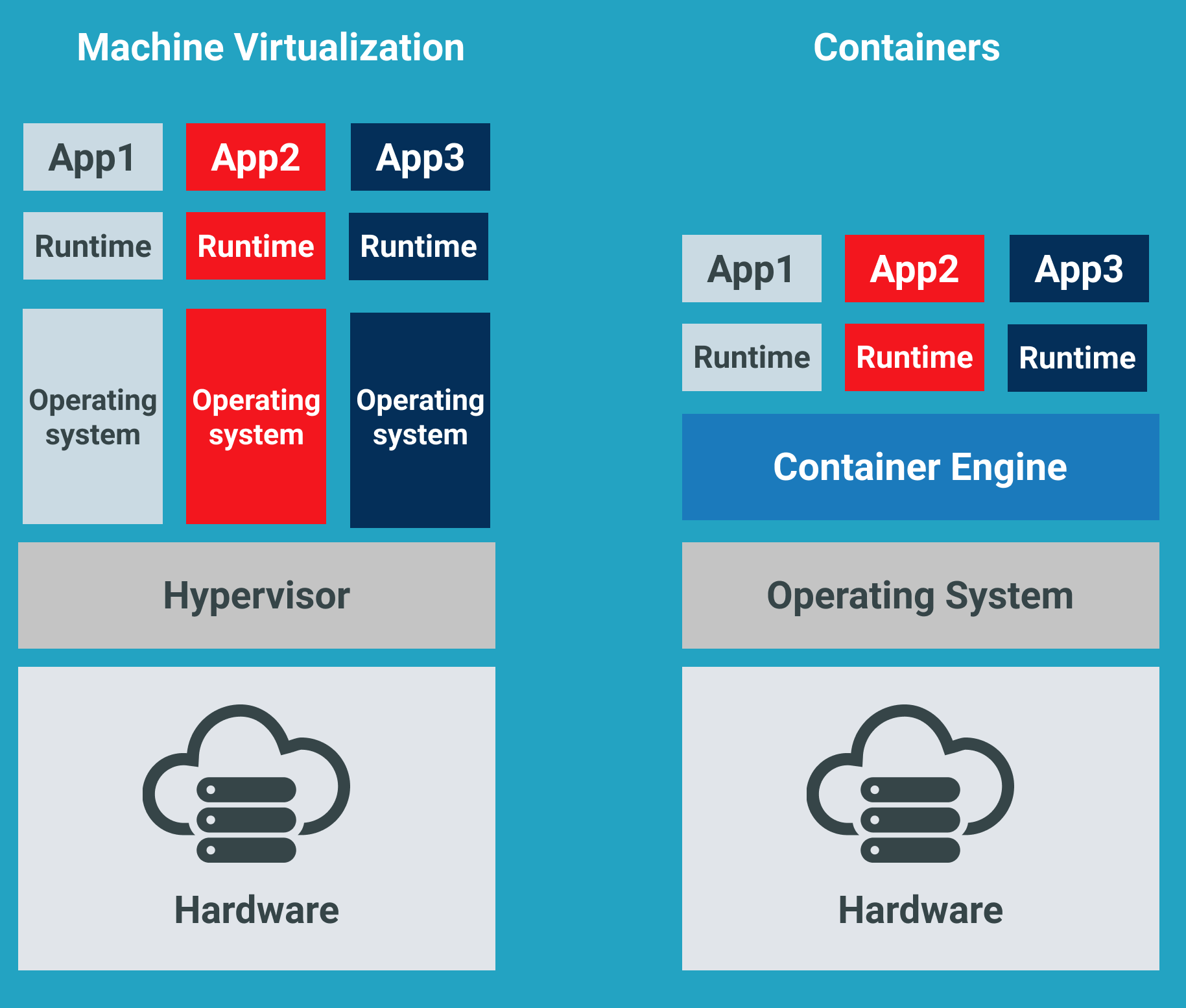 Before the advent of containers, “virtual machine” was a technology used to optimize server capacity. Virtual machines (and hypervisors) emulate physical computer hardware with a complete operating system. It’s as if you are running multiple computers with several different operating systems on the same physical server.

The container shares the host OS kernel as well as binaries and libraries with other containers. Common OS components are read-only. Containers are lightweight so that you can deploy multiple containers on a single server or virtual machine. You no longer need to dedicate an entire server to one application.

The biggest advantage of containers (if we are talking about Docker) over virtual machine images is resource usage.

On the other hand,

Scaling container instances is far faster and easier than deploying additional VMs. Data volumes can be shared and reused among multiple containers.

Docker is currently the leading container toolbox to deploy microservices to the cloud.

A software container packages the code, its libraries, frameworks, and other dependent components. As a result, the application runs quickly and reliably in any environment, be it a local data center, a public cloud, or a developer’s laptop.

Software containerization solves many of the challenges of software development and deployment, so we embraced this concept when moving our Windows desktop applications to the cloud.

The most suitable types of software to embed in a docker container are non-user interface applications that are run from the command line. Typically, Linux-based Docker images are lightweight and are widely used in cloud environments.

Unfortunately, in most cases, rewriting all of your Windows application code from scratch to make it cross-platform is too expensive and time-consuming. Besides, when it comes to platform design, sharing the kernel between Dockerized applications has significant limitations. For example, Windows containers will not be able to run on a Linux host.

Microsoft offers Windows containers to deliver containerized services on the Windows platform. Check out a good article from Microsoft that describes Windows docker container images that users can build from.

I will use an Insider Windows Server Core image as a base. This image includes a subset of the Windows Server APIs and is suitable for packaging typical .NET framework applications.

As an example, I will show how to build a Docker image for DBConvert Studio. It is a classic .NET Windows application running either in GUI mode or in headless mode from the command line. It is also a good source of Docker-related techniques if you want to customize your own Dockerfiles further.

Let’s dive deeper into what the Dockerfile actually does.

Let’s take a look at the rest of the PowerShell commands combined into the following RUN command.

Launch the following command in the terminal to build your Docker image.

The next command, docker run, starts a container from the newly created DBConvert Studio image.

Containers are immutable by design. This means that the container will not be changed during its life cycle: no updates, no patches, no configuration changes.

When starting DBConvert studio from the command line, you need to pass in a ready-made session file that includes the configured database connections involved in the migration and some other parameters.

-v flag mounts c:\dbconvert-docker\studio\workSettings directory on the host machine into the folder C:\PROGRAM FILES\DBCONVERT\DBConvert Studio x64\workSettings inside the running container. 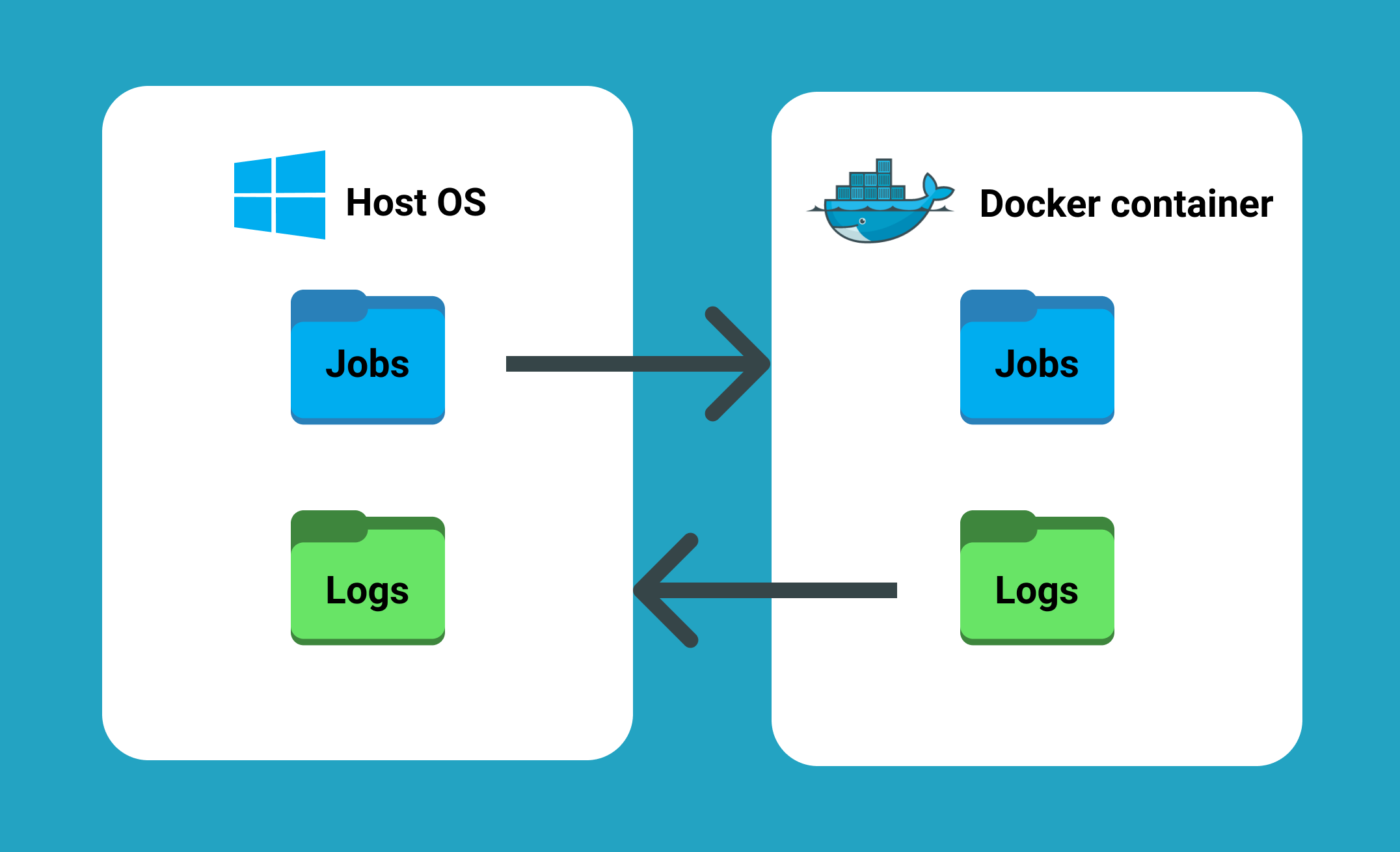 Check out the GitHub repository with the Dockerfile from this article here!

The good news is that moving from a legacy desktop application to a microservice architecture stops the monolithic nightmare. Dividing a monolithic application into subsystems that can be scaled, developed, and deployed individually is your entry point into the microservices realm. If there is a requirement to run multiple copies of a single application, Docker is a perfect choice for packaging Windows applications.

This is why we ourselves adopted this concept when migrating existing Windows-based DBConvert products to the cloud infrastructure.

Published at DZone with permission of Dmitry Narizhnykh. See the original article here.