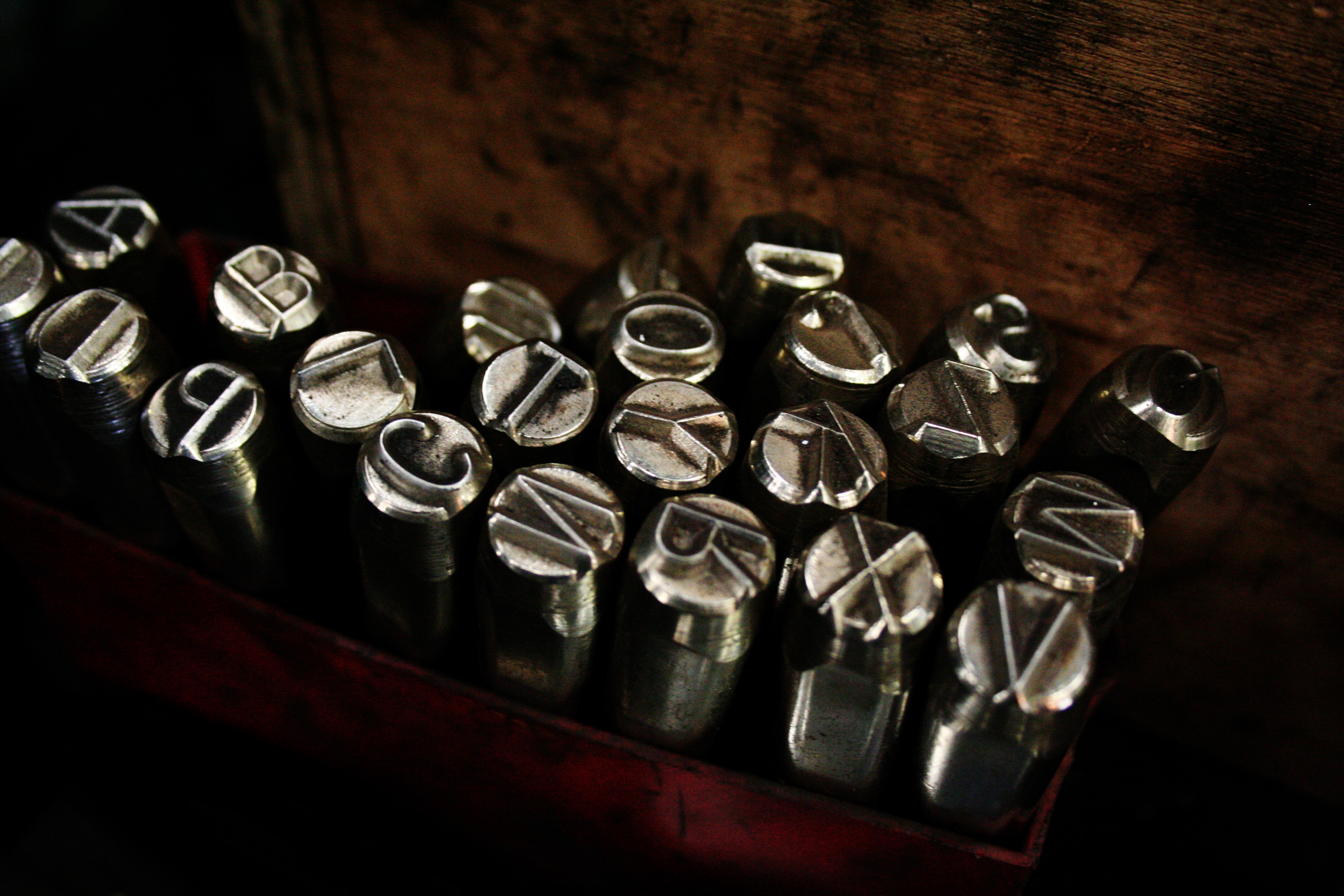 Have you ever wanted to generate code from your enterprise architect UML or SysML models? Have you tried to customize an enterprise architect’s code template framework? Do not give up the dream of project-specific code generators and read how easily they can be implemented.

The Need for a Code Generator

A good software or system architecture is on a higher abstraction level compared to the implementation. It should be a consistent model that documents decisions and neglects unnecessary, often technical, details. Consider, for instance, the class diagram in Figure 1. It shows a domain model that defines the data structure needed for a shop to allow customers to order articles. The properties of each class are modeled in detail, but other unnecessary aspects like operations to access properties are left out.

If the software architecture/design is made upfront before starting with the implementation, a lot of cumbersome and error-prone work can be avoided by code generation. Commercial out-of-the-box code generators often do not change the degree of abstraction. That’s why they often do not match the needs of the project.

The code template framework of Enterprise Architect can be tailored according to the project-specific needs. But this requires some initial training. And often the expected outcome is hard to achieve as described in Eclipse-based Code Generation for Enterprise Architect Models.

I prefer a general-purpose programming language such as Java or Xtend to implement code generators. In particular, Xtend is well-suited to implement templates because of its template expressions. They allow one to embed executable code inside the text to be generated. It feels like programming PHP, JSP, or JSX. The code in Listing 1 shows a code generation template written in Xtend. It generates Java classes for the classes declared in the class diagram of Figure 1.

The generated Java code shown in Listings 2, 3 and 4 does not look like handwritten, because qualified names are used instead of imports. This will be improved later in Figure 4 by methods collectImports and printImports.

The YAKINDU EA-Bridge comes with an optional Eclipse IDE integration which allows one to implement project-specific code generators. Those code generators are often prototypically developed and are executed only within a certain context. Thus, it is crucial that the development effort is less compared to  manual coding. To implement a project-specific code generator, all you have to do is to place the EAP file in an Eclipse project and to annotate methods in the code generation template with @EACodegen. Annotated methods should accept the UML element for which code should be generated as the only parameter and return the generated text. If your Enterprise Architect model is hosted by a remote database such as Microsoft SQL Server, you can use a shortcut file instead of an EAP file.

When the project is built, automatically or manually via the main menu item ‘Project, Clean…‘, the template is launched for all UML classes declared in all EAP files. Of course, only EAP files stored in the template’s project are considered. The generated code is saved in a file specified by the qualified name of the class. The file extension is specified by the argument of the @EACodegen annotation. The structure of the Eclipse project can be seen in Figure 2. 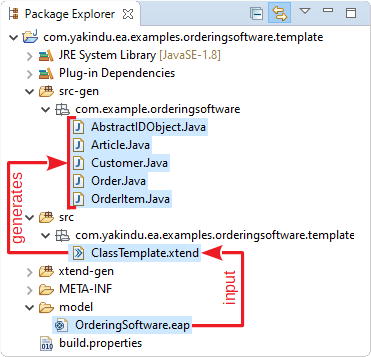 Please observe that the YAKINDU EA-Bridge is an API. It allows you to process the Enterprise Architect model in any way. Indeed, the original use case were comprehensive code generators such as an Autosar RTE generator based on UML architectures.

Generating More than One Artefact per Model Element

Let’s make the example more exciting by implementing a product line with two different persistence approaches: One that uses JPA to store data in a relational database and one that uses HBase as a big data store.

I suggest implementing a persistence manager which can be used to load and save instances. Only the product based on JPA should allow one to start and complete transactions. Furthermore, I would like to place JPA specific annotations in the Java classes. Figure 3 shows the methods offered by the persistence manager. 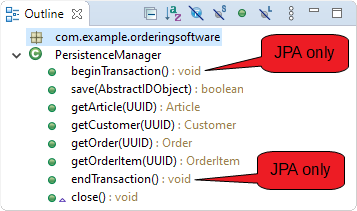 The consequence is now, that the implementation of all six classes is slightly different in both products. The Java code in Listings 5, 6, 7 and 8 shows an excerpt of the code to be implemented.

Feasible solutions to realize the product line are:

I prefer the last solution. The outline in Figure 4 shows the refactored class template of Listing 1. Each introduced method generates a specific member of a Java class. This allows me to override these methods in the product-specific templates. In Listing 9, for instance, it can be seen that JPA specific annotations are placed before the class definition. 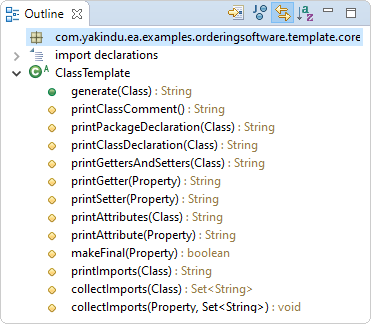 The screenshot in Figure 5 shows all templates. The arrows point to the files that are generated by each of them. In addition to the production code, also the test code is generated. 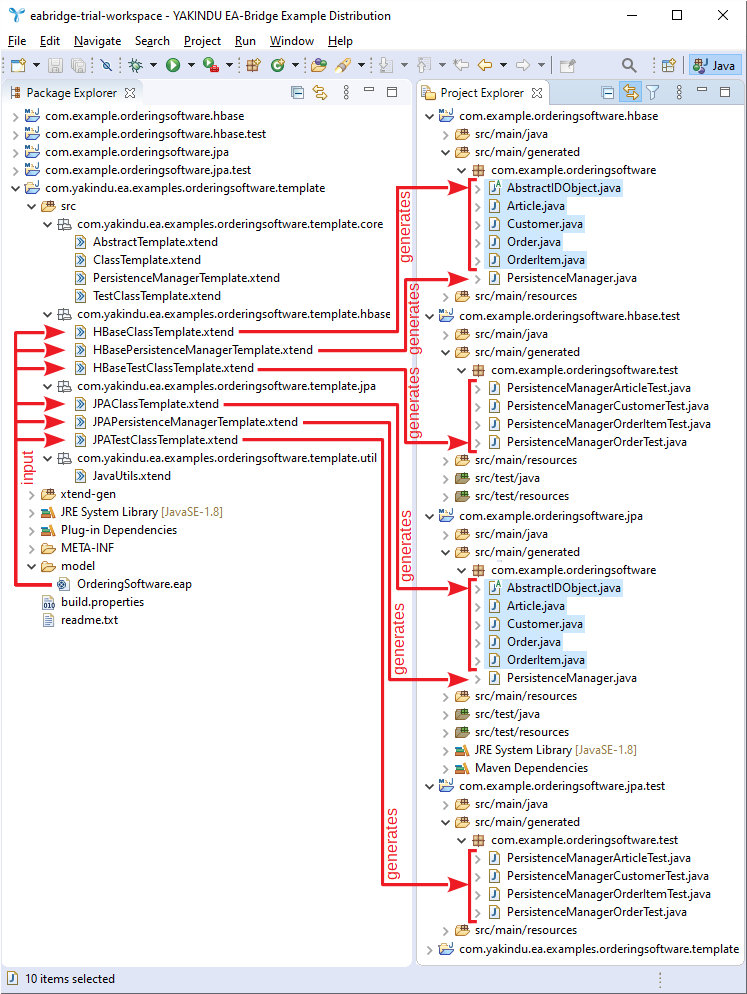 The Eclipse IDE integration of the YAKINDU EA-Bridge allows one to implement project-specific code generators at low costs in a short time. In this way, you can save a lot of cumbersome, error-prone, and mindless implementation work.

Published at DZone with permission of Martin Hentschel. See the original article here.