In this article, we review possible ways how to inject malware code in JVM/to sniff JVMs traffic/etc. The key objective of this article is to explain how to protect your application. The plan is to perform the next attacks:

If someone got access to the Java process he might be able to read sensitive information like passwords or database addresses. Let's take a look into the next DataSource configuration:

Now if the hacker attacks our server and gets access to the JVM process then he can make the dump of JVM's memory by using a jcmd program. For instance:

When he gets JVM's dump he can query it with VisualVM profiler using QOL language. For example, to fetch all strings starting with "JDBC" he can make the next query:

Or as an alternative he can fetch the MysqlDataSource object:

In the next video I'll show how we can make dump and find potentially sensitive data from DataSource:

How To Prevent Reading Data From the Dump?

In order to prevent it you need to: 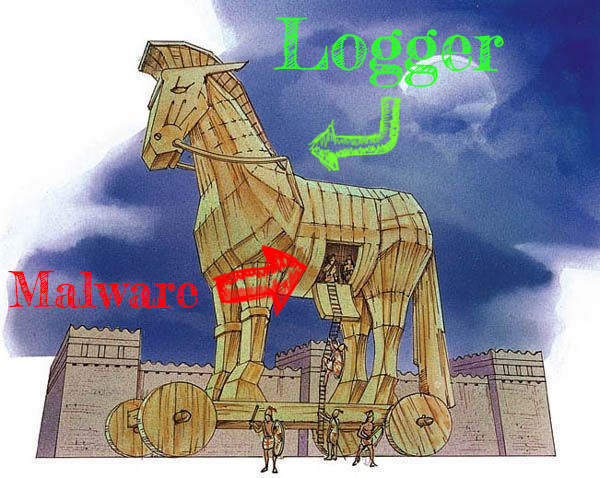 The vast majority of Java applications use dependencies. Even hello world applications should use logger dependency. No one wants to reinvent the wheel and would rather use existent solutions. But not everyone knows that dependencies can be the source for potential source code leak or even worse problems.

In order to perform an attack, hacker usually needs 2 things:

If these requirements are met, an infected dependency can execute malware code. What opportunity does it give to hackers?  Numerous! Now he can:

The above-shown examples don't describe all the potential problems. Inside malware, we are able to dynamically execute almost every thinkable application. But among all problems, I think the most expensive one is stolen source code.

How to Steal the Source Code?

As far as JVM has access to a folder with classes, we can expect that external dependency also has the right to read it. In practice, stealing the source code has 2 steps:

In this example, we will reproduce the attack by injecting malware into the SLF4J logger. We assume that the hacker got access to the SLF4J repository (as an option, the hacker might perform Man in the Middle attack and replace jar file incoming requests from the external repository).

What We Expect To Have On Victim Side 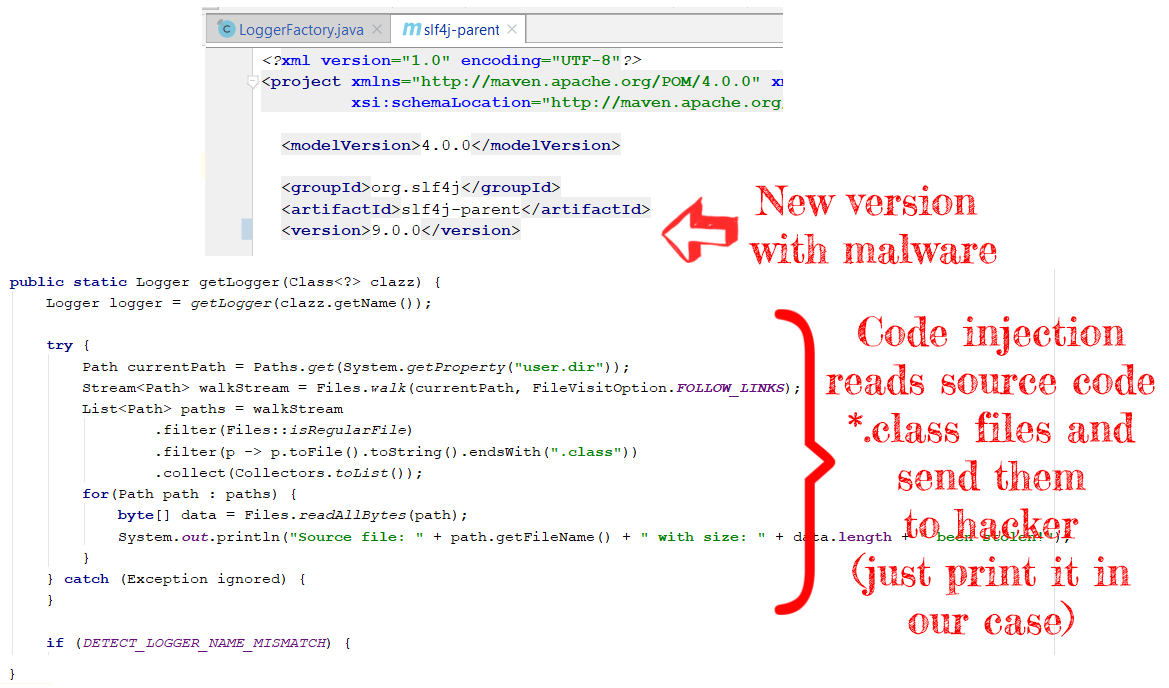 How to Protect Your Applications From Such Attacks 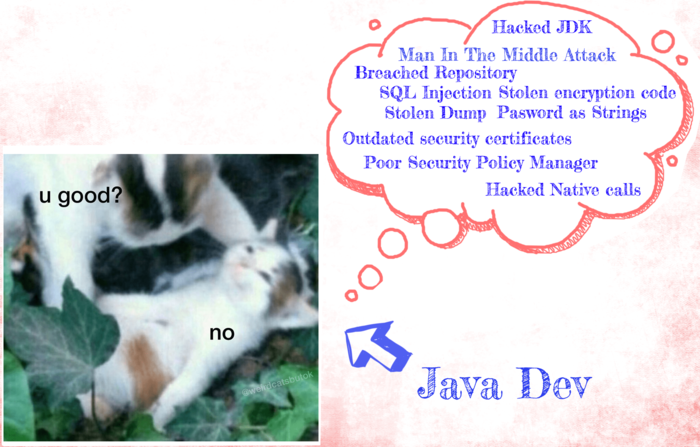 Is there any ultimate way to protect your Java application from such attacks? Unfortunately no, there are many ways to inject malware into your code. Hackers can inject malware during the build or by injecting malware in JDK as well as replace dependencies dynamically by getting control over your network. However, the following are some precautionary measures that you should implement in order to protect your application:

There are many more ways to hack Java applications. In this post, I described the most known and efficient way that most hackers use. Don't ignore the mentioned recommendation and keep your application secure.

It was my first article with GIF. Do let me know if you like it so I can keep this practice for future articles. Thanks for reading!