When we are performing load or functional tests, we often need to conduct arithmetic operations on our variables. Imagine for example that we are testing an API that returns three parameters with a numeric value. One of the parameters is the sum of the other two. To verify that the API performs the addition operation correctly, we need to perform the addition operation ourselves and compare it to the value returned by the API.

To perform arithmetic operations on variables of a numeric data type (these are int, long, float, double, short, byte), we use the arithmetic characters shown in the table below.

In arithmetic operations with an assignment, a joint operation is performed: first adding/subtracting/etc., and then assigning the result to the variable. These constructions are quite common when using the logic control operators "while" and "for".

In order to implement the execution of arithmetic operations in Apache JMeter™, it is necessary to do the following. 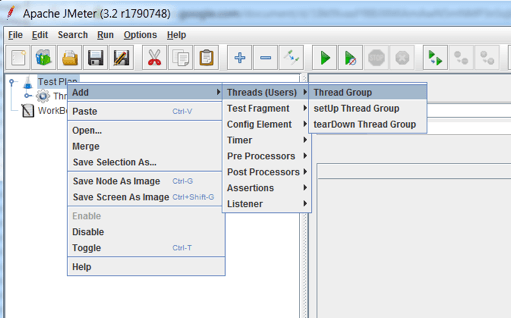 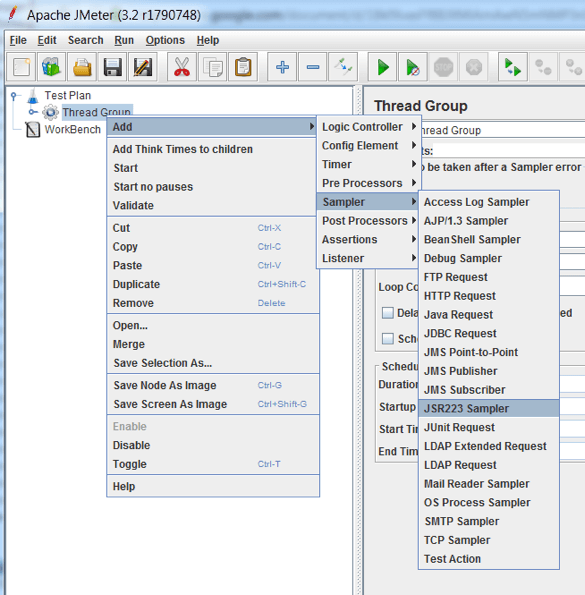 5. In the JSR223 Sampler, add your code. To start out, use the following code example.

log.info - This is a method that outputs information to the JMeter console. In the code example above, the console displays the value of the variable . When writing large tests, it's valuable to output error messages to the console, to see if an error occurs at some step. This significantly reduces the time to find out why the error occurred. 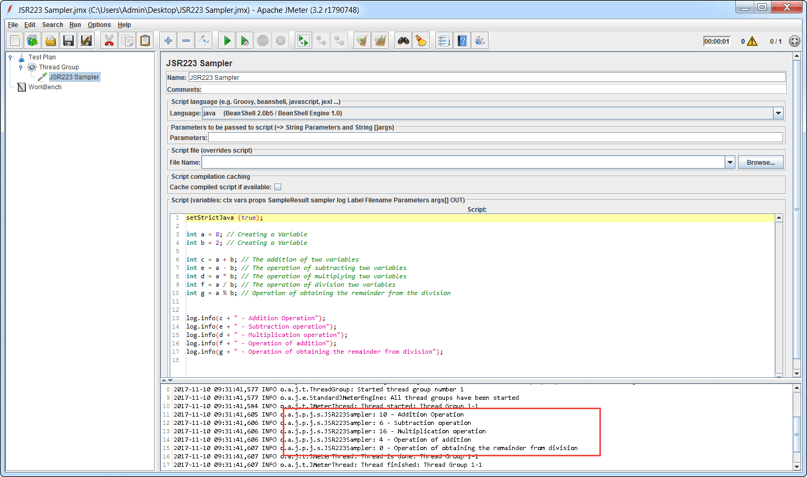 In JMeter, dividing a number by 0 causes an error, as you can see in the screenshot below: 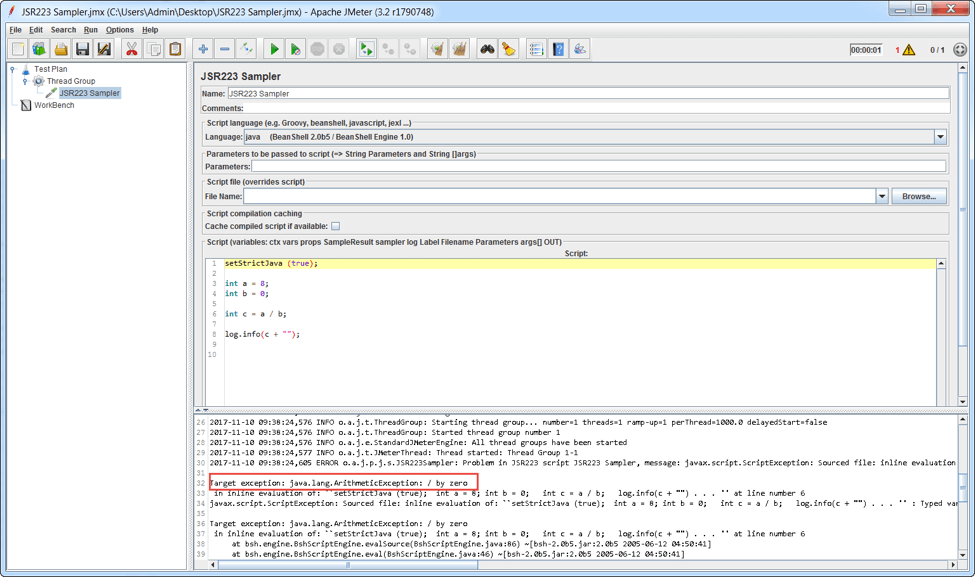 When writing autotests, arithmetic operations with assignments are used quite often. These operations reduce the amount of written code, and also calculate in Java faster. 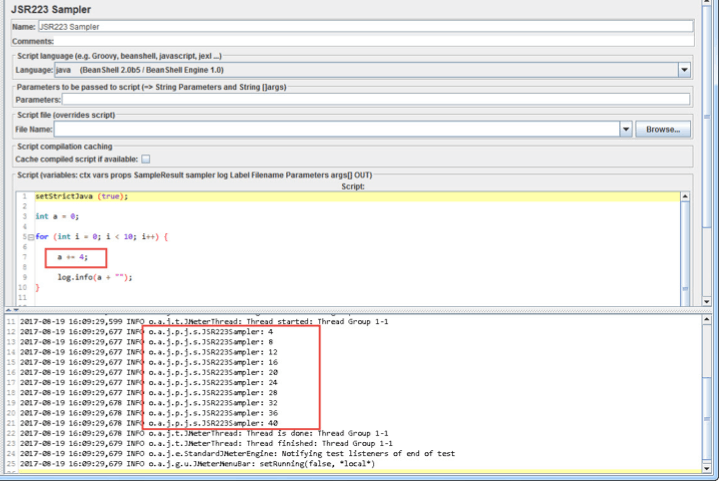 The sample code demonstrates the operation of addition with assignment simultaneously. The increment operation is used. Let's consider this code in more detail.

That's it! You are now ready to use arithmetic operations in your code. To learn more advanced JMeter, try out our free JMeter academy.