This article will describe the steps you need to take to easily run a load test with 50k concurrent users test (as well as bigger tests with up to 2 million users).

4. Setup the amount of Users-per-Engine using one Console and one Engine

6. Use the Master/ Slave feature to reach your max CC goal 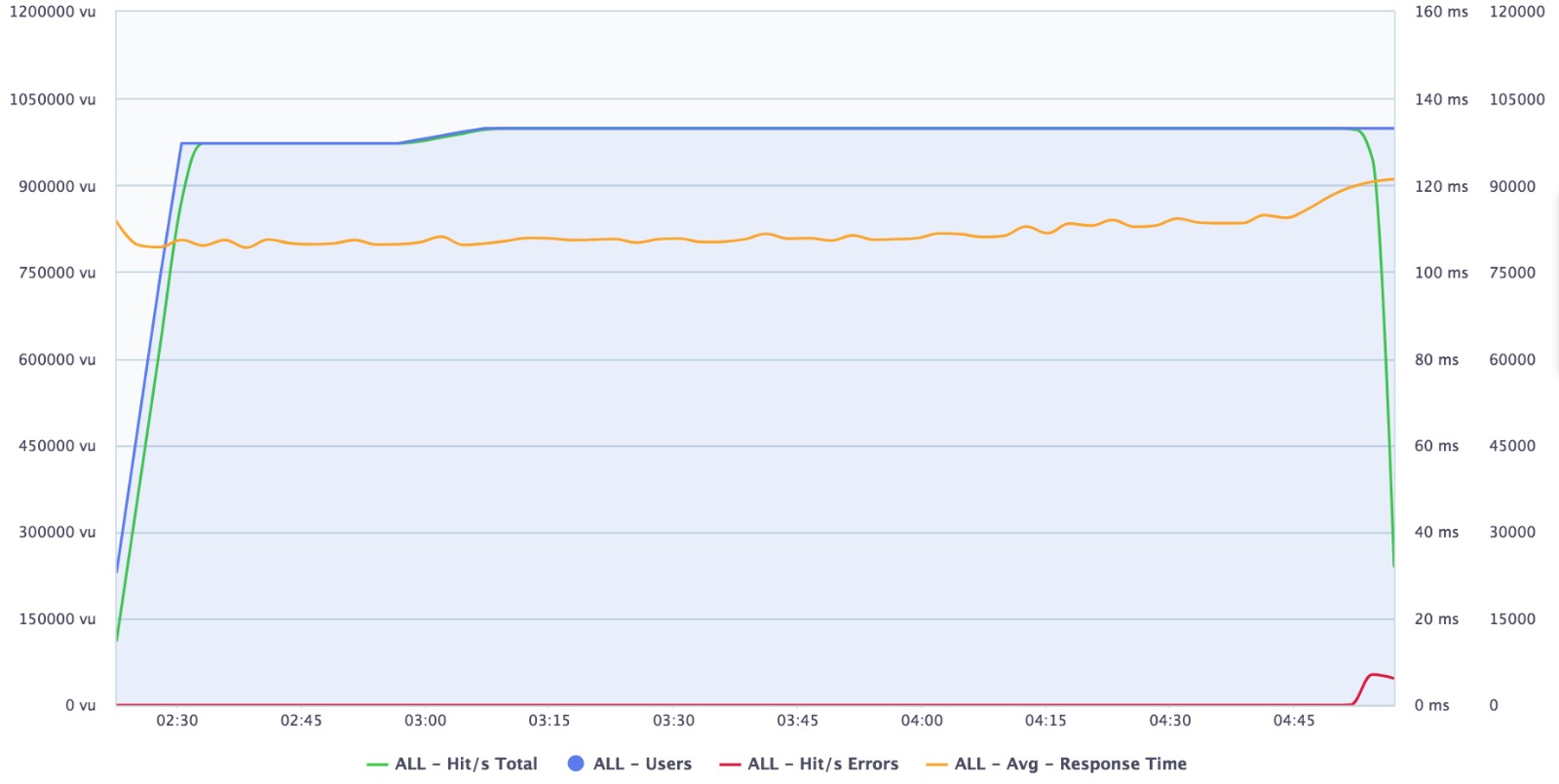 Before you begin, make sure to get the latest JMeter version from the JMeter Apache community.

Before you get started, you need to download the JMeter Plugins Manager. Once you've downloaded the JAR file, put it into JMeter's lib/ext directory. Then, start JMeter and go to "Options" menu to access the Plugins Manager.

There are many ways to get your script:

If your script is the result of a recording (like steps 1 and 2), keep that in mind:

Start debugging your script with one thread, one iteration, using the View Results Tree element, Debug Sampler, Dummy Sampler, and the Log Viewer opened (in case some JMeter errors are reported).

Go over all the scenarios (true and false responses) to make sure the script behaves as it should.

After the script has run successfully using one thread, raise it to 10-20 threads for 10 minutes and check:

Once your script is ready:

If that's your first test, you should review this article about how to create tests in BlazeMeter.

SandBox it actually any test that has up to 300 users and uses one console only up to 50 minutes.

The configuration for SandBox allows you to test your script and backend to ensure that everything works well from BlazeMeter.

To do that, first, press the grey button: JMeter Engines I want complete control! to get full control over your test parameters.

Common issues you may come across include:

If you still having trouble, look at the logs for errors (you should be able to download the entire log).

A SandBox configuration can be:

This will allow you to get enough data during your ramp-up period (in case you will get some issues there), and you will be able to analyze the results to ensure the script is executed as expected.

You should look at the Waterfall/ WebDriver tab to see the requests are OK. You shouldn't get any error at this point (unless that was your intention).

You should watch the Monitoring tab to see how much memory and CPU was used — this should help you with step 4 while you will try to set up the number of users per engine.

Step 4: Set Up the Amount of Users-Per-Engine Using One Console and One Engine

Now that we are sure the script runs flawlessly in BlazeMeter, we need to figure out how many users we can apply to one engine.

If you can use the SandBox data to determine that, great!

Here, I will give you a way to figure this out without looking back on the SandBox test data.

Set your test configuration to:

Next, use one console and one engine.

Run the test and monitor your test's engine through the Monitoring tab.

If your engine did not reach either a 75 percent CPU utilization or 85 percent memory usage (one time peaks can be ignored):

If your engine passed the 75 percent CPU utilization or 85 percent memory usage (one time peaks can be ignored):

You can go safer and decrease 10 percent of the threads per engine just to be on the safe side.

Step 5: Set Up and Test Your Cluster

We now know how many threads we can get from one engine. At the end of this step, we will know the number of users one Cluster (test) can get us.

A Cluster is a logical container that has only one console and 0-14 engines. Even though you can create a test with more than 14 engines, it actually creates two clusters (you can see that number of consoles that will grow) and clone your test.

The maximum number of 14 engines per console is based on BlazeMeter's own testing to guarantee that the console can handle the pressure of 14 engines, which creates a lot of data to process.

So, at this step, we will take the test from step 4 and change only the amount of engines and raise it to 14.

Run the test for the full length of your final test (1, 2, 3, etc.) hours. While the test is running, go to the monitoring tab and verify:

If your console reached that limit, decrease the number of engines and run it again until the console is within these limits.

At the end of this step, you know:

Look for other statistics in the Aggregate Table found under your load results graph for more information about your Cluster's throughput.

Step 6: Use the Master/ Slave Feature to Reach Your Maximum CC Goal

We've gotten to the final stage.

Let's assume we have these values:

We could go with eight clusters of 12 engines (48K) and one cluster with four engines (the other 2k). But, it would be better to spread the load like this:

That will help us by:

We are now ready to create our final Master/ Slave test with 50k users:

Your Master-Slave test for 50k users is ready to go. By pressing start on the master, you will launch 10 tests (one master and nine slaves) with 5k users from each one.

You can change each test (slave or master) to come from a different region, have a different script/csv/other file, use different Network Emulation, and/or different parameters.

The aggregate report of your master and slave will be found in a new tab at the master report called "Master load results," and you could still see each individual test result by simply opening its report.