BlazeMeter Labs released a new version of its JMX Converter at the beginning of October 2018. With the JMX converter, users can convert files from several formats to a JMX file. Then, they can run their tests in Apache JMeter™ and BlazeMeter. This immensely expands the audience that can run load tests and performance tests in these tools.

Just upload your file. Click "Convert", and get your JMX file. 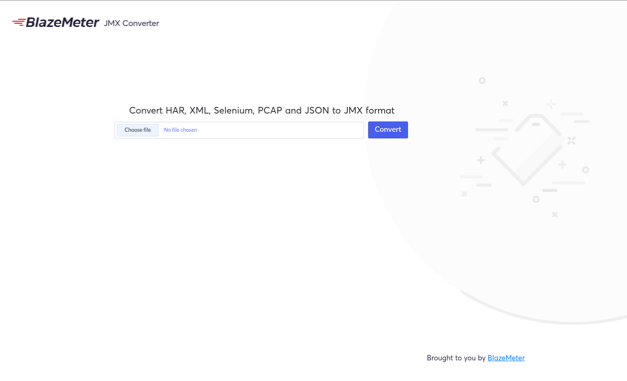 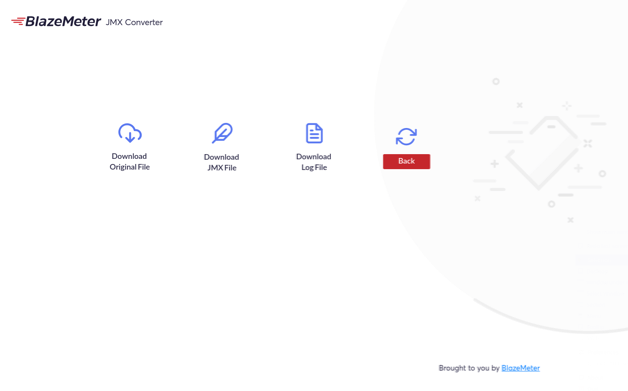 While we were upgrading and creating this product, we used BlazeMeter to test it. We ran both functional tests and performance tests. Here's how:

The purpose of performance testing was to find out if our system was stable, and for what number of concurrent users.

1. We created a stress test in JMeter to get an estimation limit of the number of virtual users the Converter can process simultaneously. We used the Concurrency Thread group with the following parameters: 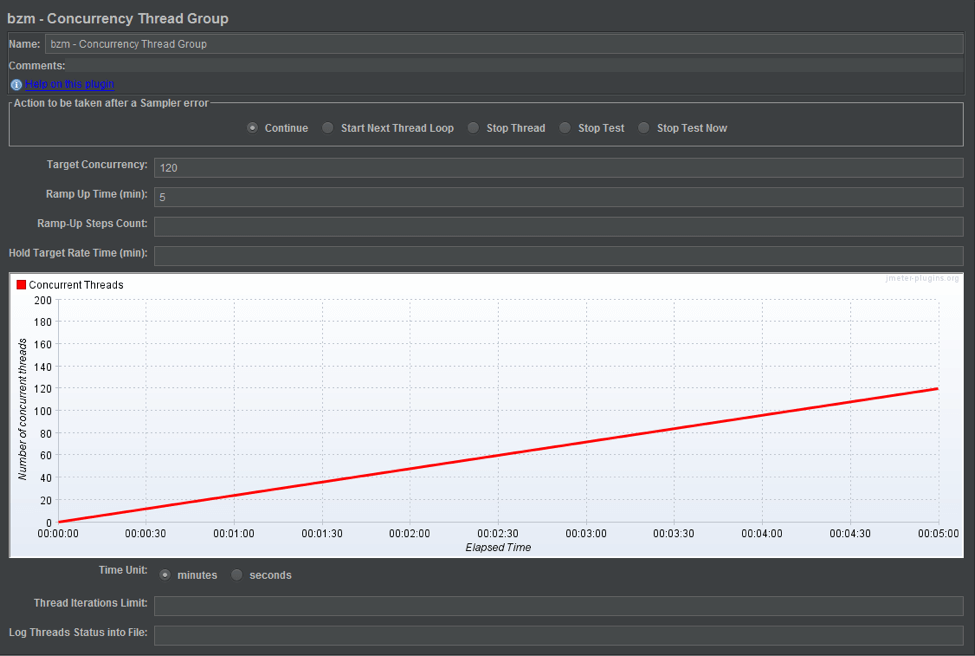 2. We also included Transactions per Second, Composite Timeline Graph and Active Threads Over Time graphs. These graphs let us correlate the system's stability for transactions per second and the number of users.

3. After running the stress test for 5 minutes, we can already analyze our graphs. On the Transactions per Second graph, we can see that after 2:30 we reached the limit of transactions per second (120 concurrent users): 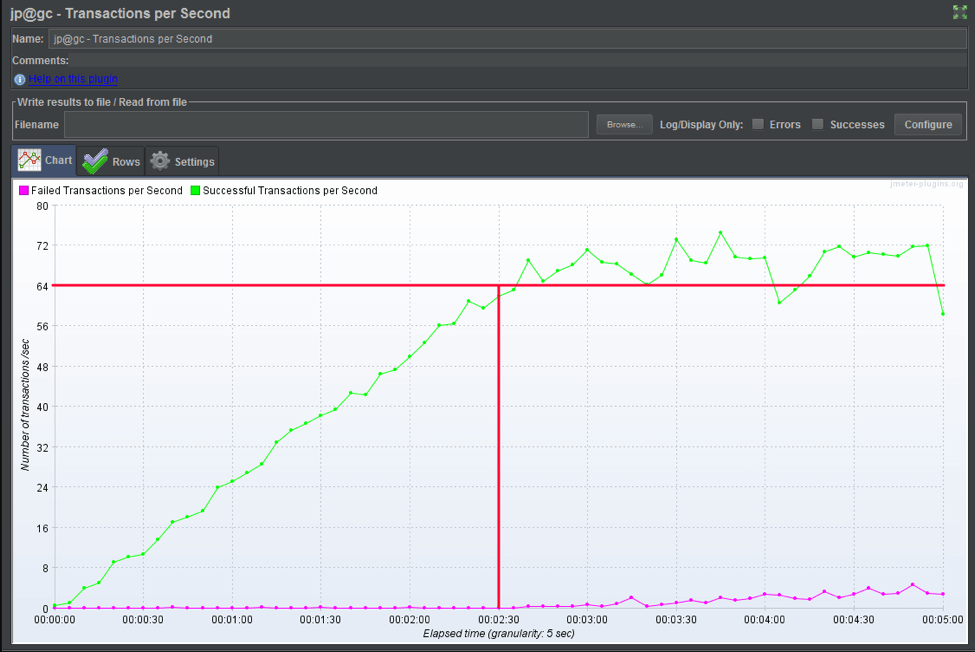 4. On the Composite Graph we see the same picture: after 2:30, the limit of successful transactions is reached and other transactions are failed: 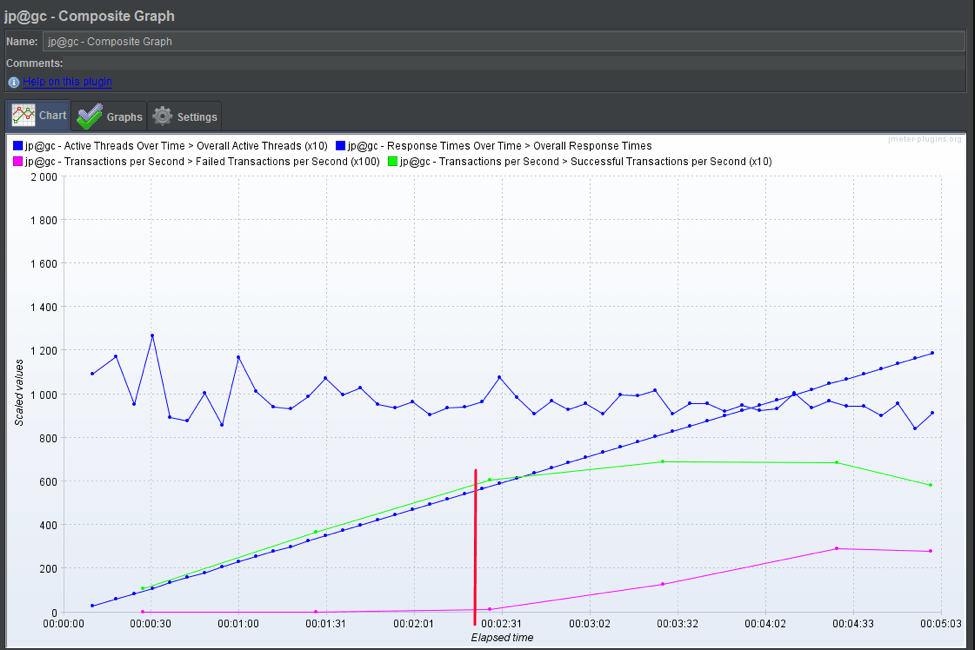 5. Then, we looked at the Active Threads Over Time graph to get the count of parallel users that sent requests at 2:30. 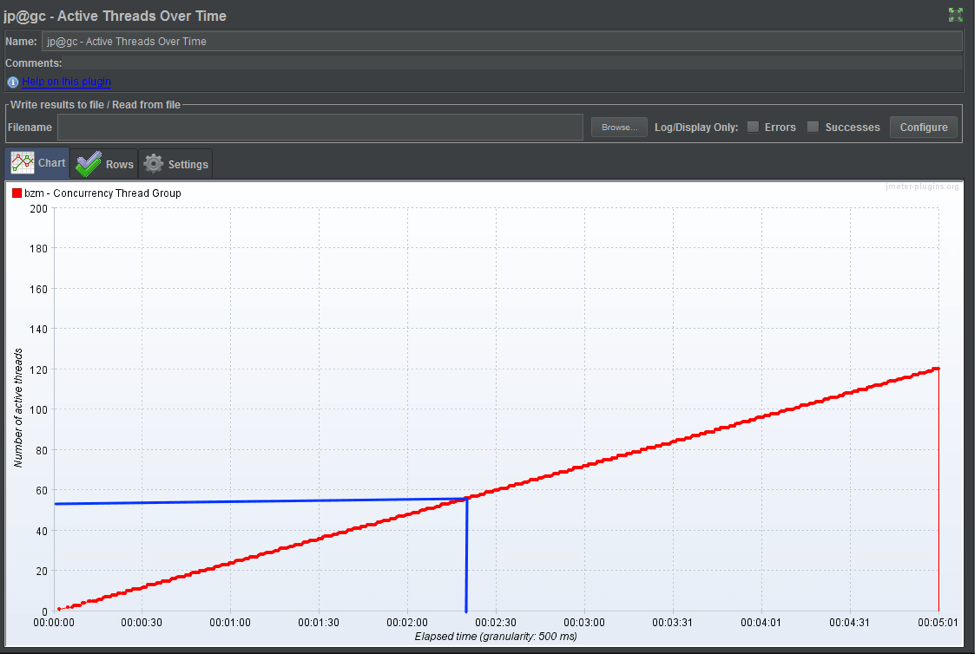 6. Now, we can start a long endurance test for 10 hours in BlazeMeter. We started this test with 40 users (slightly less than the limit) and after 8 hours our server died:

7. We tried restarting the test, but after a few minutes, we understood the server wasn't working correctly.

8. What changed after this test: we redesigned the architecture of the web service and also found a logging bug.

9. The next test executions helped detect memory leaks in the new logging: head dumps have a lot of Logger instance after a few hours of endurance testing.

10. The memory leak was caused because standard Java logging stores all loggers with their logs. This information is unnecessary and causes stress on the system.

11. The last endurance test passed successfully. The Converter server had a small errors percentage and after 12 hours of load work with 35 virtual users, it still works and saved all the heap memory. 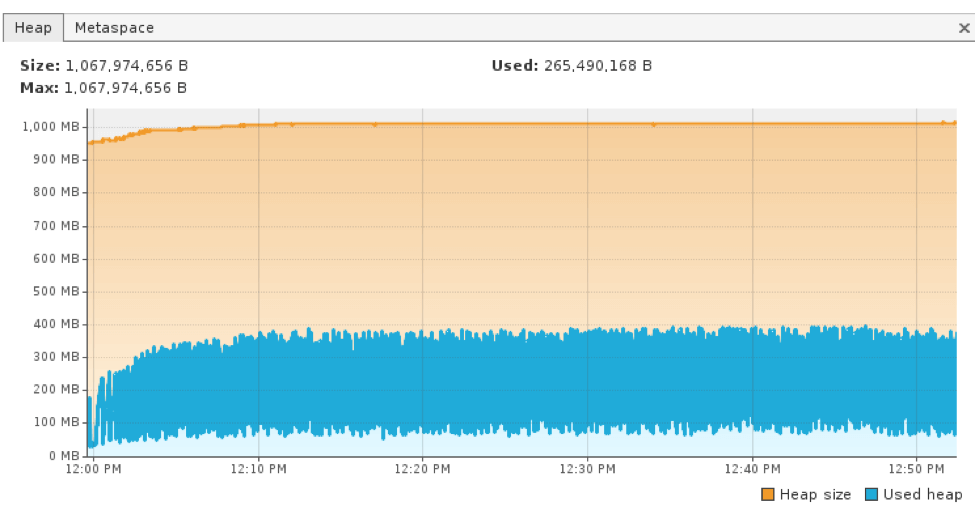