In this article from my free Java 8 course, I will be discussing immutables in Java.

You can download the slides and the article as PDF here.

The concept of immutability has always been important in all programming languages, including Java. With the release of Java 8 however, immutables have become even more important. This version introduced functional programming, as well as the new java.time API. Both rely heavily on immutables.

What Is an Immutable?

An immutable class is a class whose instances cannot be modified. Information stored in an immutable object is provided when the object is created, and after that, it is unchangeable and read-only forever. As we can’t modify immutable objects, we need to work around this. For instance, if we had a spaceship class, and we wanted to change its location, we’d have to return a new object with modified information.

At first glance, you’d think that immutables were useless, however, they provide many advantages.

Firstly, immutable classes greatly reduce the effort needed to implement a stable and fault tolerant system. The property of immutables that prevents them from being changed is extremely beneficial when creating this kind of system. 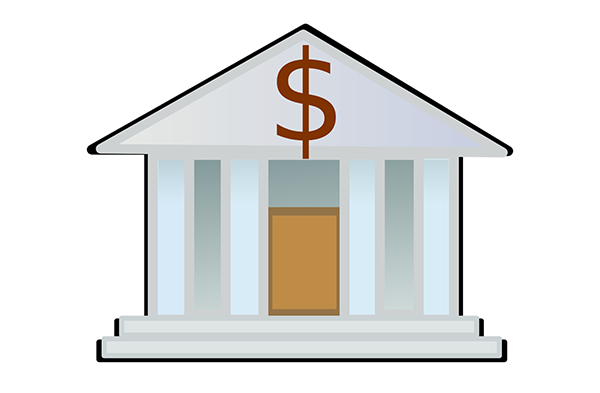 Imagine that we have a Bank class that we are making for a very big bank. After the financial crisis, the bank is afraid of allowing their users to have a negative balance. So they institute a new rule and add a validation method to throw an IllegalArgumentException whenever a function call results in a negative balance. This type of rule is called an invariant.

Since an immutable object will never change, this condition holds true for the entire lifetime of the object. Further validation will not be needed. Whenever a method that modifies the balance is called, a new object is returned, calling the constructor again and revalidating the object. This is extremely useful as it allows us to centralize all our invariants and guarantee that objects are consistent for their entire lifetime.

Similarly, immutables can be used to support a fault tolerant system. Imagine that you try to withdraw money from a bank, but between the time your money is withdrawn from your account and the money is released from the ATM, there is some error. In a normal class, your money would be gone forever. The account object was changed, too late. But in an immutable class, you can throw an error, preventing your account from losing money before you physically receive it.

An immutable object can never get into an inconsistent state, even in the case of an exception. This stabilizes our system and removes the threat of an unforeseen error destabilizing an entire system. This stability comes at no cost, apart from the cost of the initial validation.

A second advantage of immutables is that they can be shared freely between objects. Let’s say we create a copy of our account object. When we copy the object, we leave both objects sharing the same balance object.

For the same reason, an immutable does not need a copy constructor when copying an object. Immutables can even be shared freely when using a lock-free algorithm in a multithreaded environment, where multiple actions happen in parallel.

This might be a problem, or it might not, it depends on a variety of factors. What are you trying to do? What kind of hardware is your program running? Are you building a desktop or a web application? How big is your program? The combination of these factors determines whether or not making your class immutable will cause performance issues. Typically, you should try to utilize immutables as much as possible. Start by making every class immutable and facilitate their immutability by creating small classes with simple methods. Simplicity and clean code are key. If you have clean code, that facilitates immutability; and if you have immutables, your code is cleaner. Once you have your program, test it. See how it is performing and if performance is not satisfactory, gradually relax the immutability rules.

How to Make an Immutable

Make All Fields Private and Final

The first step in making a mutable class immutable is changing all of its fields to be private and final. We make variables private so that they cannot be accessed from outside the class. If they were accessible from outside the class, they could be changed. We also make fields final to clearly convey that we never want them to be reassigned within the class. Should someone try to reassign a reference variable, a compiler error will occur.

Don't Provide Any Methods That Modify the Object's State

The next step is to project our object’s state from being modified. As we’ve talked about before, immutables, by definition, cannot have their object’s state modified. Whenever you have a method that would modify an object’s state, you instead have to return a new object.

Any fields that we aren’t changing, such as name, can be directly copied from our current object. This is because, as I explained before, immutable objects can share fields freely. Fields that we do change need to be initialized as new objects.

Ensure That the Class Can't Be Extended

To stop this EvilSpaceship from destroying our sacred immutability, make the class final.

The final step in ensuring immutability is to protect our access to mutable fields. Remember, immutable fields can be shared freely, so it doesn’t matter if we have exclusive access. Anyone who holds access to a mutable field can alter it, thereby modifying our immutable object. To prevent anyone from directly accessing a mutable field, we should never obtain or return a direct reference to a Destination object. Instead we have to create a deep copy of our mutable object and work with that instead. As long as the mutable object is never directly shared, a change inside an external object will not have any effect on our immutable object. To achieve exclusive access we have to check all public methods and constructors for any incoming or outgoing Destination references.

It is better to make this change inside the private constructor, because now, if we create other methods that modify the destination, they also will automatically make a deep copy of this mutable field.

Now, we’ve completely ensured the immutability of our class:

I hope you now have a better understanding of immutables, and can see just how useful they are. Remember to keep your code simple and clean, by using immutables to the greatest possible extent.

If you enjoyed this article — check out my free Java 8 clean code course!