Authorization is about answering the question, “Is this user allowed to do a certain operation?”. This is different from Authentication, in which we answer the question, “Which user is this request coming from?”

Both are essential to most applications, and as such, we first go through authentication flows to identify who the user is. Then we go through authorization flows in which we decide if the user has permission to do certain operations. 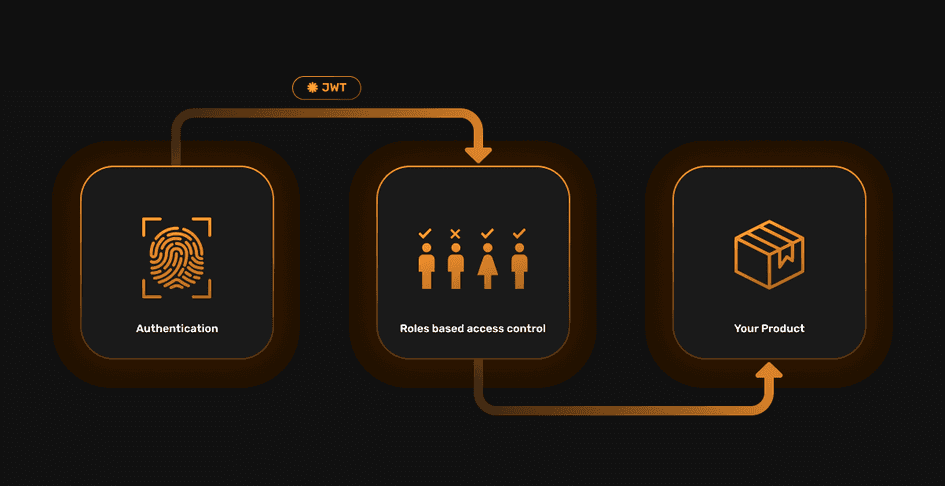 RBAC is one of the ways in which Authorization can be implemented. It allows developers to create “groups” of users that can all do the same set of operations. The name of the group is essentially the role of those users.

In formal notation, the actions that can be taken can be represented as strings like:

These are known as permissions. In a grid form, the roles and permissions for our example app will look like this:

The "edit:all" permission implies "edit:self" as well. The same goes for the "delete" permission.

It may cause issues if a user has the "admin" and "regular-user" roles - despite having the "admin" role, they will not be able to edit all the blogs cause it will execute into the first if statement above.

Let’s continue with our example above and see how we can actually implement it in an app using SuperTokens - an open-source authentication/authorization provider.

Step 1) Creating the Roles and Permissions

SuperTokens needs to know about the roles and permissions before they can be assigned to users. For that, we can use the createNewRoleOrAddPermissions function exposed by the SDK:

You can add the code snippet below in your override function for the signup API.

You can even add the roles and permissions to the user’s session payload so that accessing them later (on the front end or back end) is efficient.

Once you have completed session verification in your APIs, you can retrieve the user ID of the logged-in user and get their roles and permissions using that:

While SuperTokens allows you to guard your frontend and backend routes via a mapping of roles and permissions, access control goes beyond that. You may want to:

For these use cases, there are dedicated authorization solutions that you can integrate with your existing authentication provider. Some examples are: