DevOps, CI/CD, and Agile are all methodologies and approaches that have gained attention in recent years in the QA and testing fields.

They have emerged with the need to make testing leaner and to enable businesses to deliver quality at speed.

DevOps, CI/CD, and Agile are different, but share the same purpose and goal of allowing businesses to deliver quality through flexible delivery models that drive fast feedback loops and immediate responses, allowing businesses to adapt to changes in the market quicker than ever before. This is made possible by test automation and Continuous Testing (CT).

What Is Continuous Testing?

“Continuous testing is the process of executing automated tests as part of the software delivery pipeline to obtain immediate feedback on the business risks associated with a software release candidate.” — Wikipedia.

In simple terms, Continuous testing is a means to be able to answer the question ‘What’s the quality of our software right now?’

CT is the process of testing early, testing often, testing comprehensively, and using automation to achieve cohesive release goals. In an ideal CT scenario, the release candidate is continuously moving from Development to Testing to Deployment.

That is there is continuous development, delivery, testing, and deployment. Thus, whenever a developer checks in the source code, a set of unit tests are executed. If tests fail, the build is rejected, and the feedback is provided to the dev team. And when they pass, the code is deployed performance and QA servers for further functional and load tests. These tests are run in parallel and when the process is completed, the software moves to production.

Continuous Testing provides the means to gain quick feedback on the business risks related with a release candidate, using automation. It helps dev teams to meet business goals and managers to make informed decisions to optimize the value of a release.

However, Continuous Testing is not just ‘more test automation’.

One key aspect of DevOps culture is the need for faster feedback. And hence, continuous testing plays a vital role in CI/CD pipeline. This enables teams to accelerate release cycles, lower the costs, reduce risks in a highly competitive environment.

Many businesses that have already adopted test automation are now taking to the next level with continuous testing. With the real-time validation of software meeting business outcomes at different quality gates, businesses can automate the delivery pipeline and confidently release software faster. 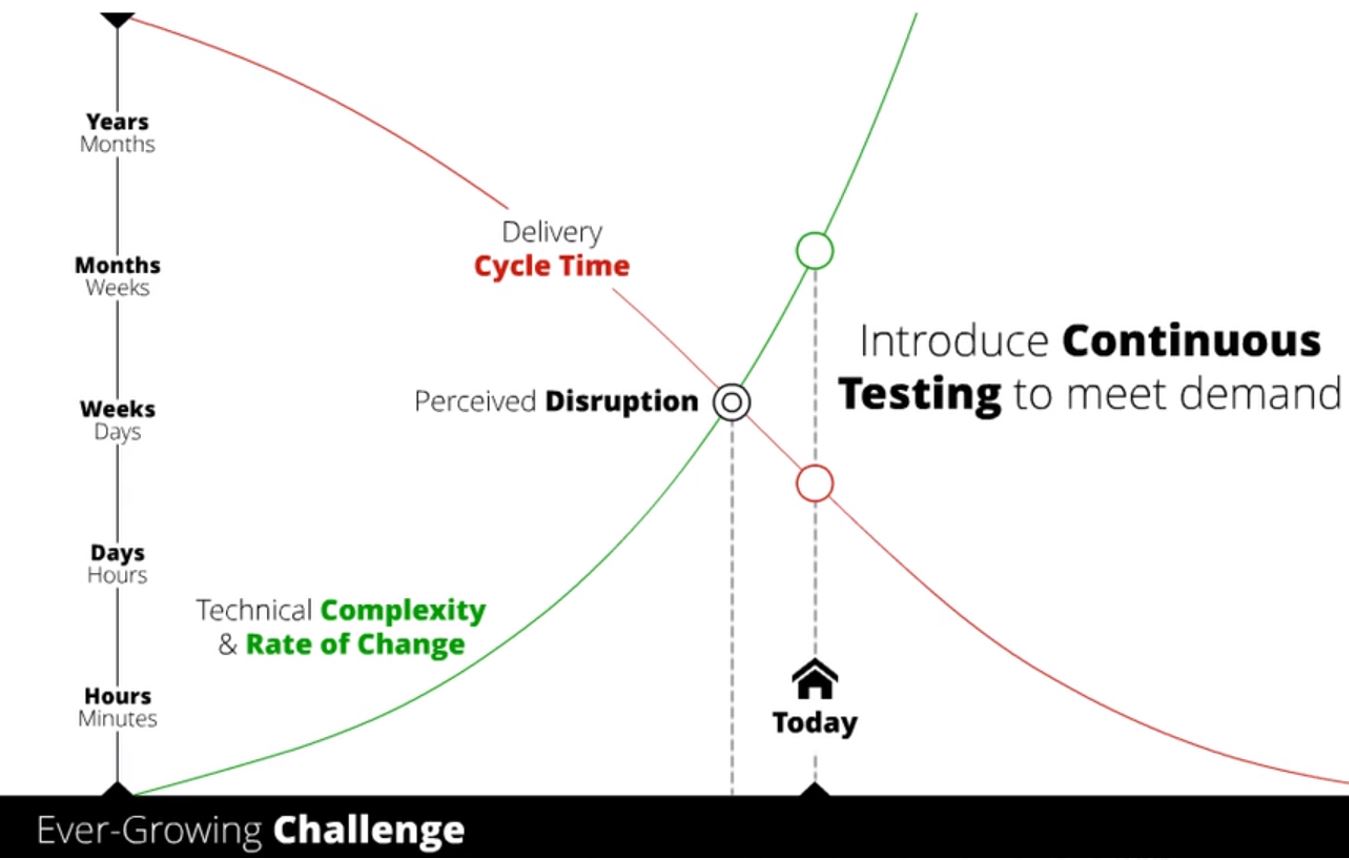 Everyone accepts that Agile and DevOps are all about change—transforming Dev/Ops people, processes, and technologies to deliver innovative software as rapidly as possible. Despite all this change, one thing tends to remain the same: the software testing process.

One recent study reports that 70% of organizations have adopted Agile, but only 30% automate testing.

A separate study found that while Agile adoption is now near 88%, only 26% of Agile organizations have broadly adopted test automation.

In other words, testing processes remain stuck in the past even as organizations invest considerable time and effort into transforming their development processes to meet today’s and tomorrow’s business demands. Most legacy software testing tools and processes are unfit for the type of Continuous Testing that Agile and DevOps require due to:

Great video that we all can relate to