mydumper is known as the faster (much faster) mysqldump alternative. so, if you take a logical backup you will choose mydumper instead of mysqldump. but what about the restore? well, who needs to restore a logical backup? it takes ages! even with myloader. but this could change just a bit if we are able to take advantage of fast index creation.

when you execute myloader, internally it first creates the tables executing the “-schema.sql” files and then takes all the filenames without “schema.sql” and puts them in a task queue. every thread takes a filename from the queue, which actually is a chunk of the table, and executes it.  when finished it takes another chunk from the queue, but if the queue is empty it just ends.

this import procedure works fast for small tables, but with big tables with large indexes the inserts are getting slower caused by the overhead of insert the new values in secondary indexes. another way to import the data is:

this import procedure is implemented in a branch of myloader that can be downloaded from here or directly executing bzr with the repository:

it processes tables according to their size starting with the largest because creating the indexes of a big table could take hours and is single-threaded. while we cannot process other indexes at the time, we are potentially able to create other tables with the remaining threads.

i run multiple imports on an aws m1.xlarge machine with one table comparing myloader and this branch and i found that with large indexes the times were: 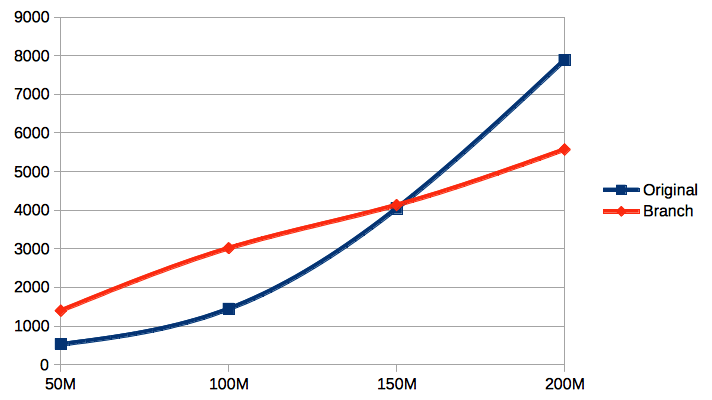 on a table of 200m rows with a integer primary key and 9 integer columns, you will see how the time increases as the index gets larger: 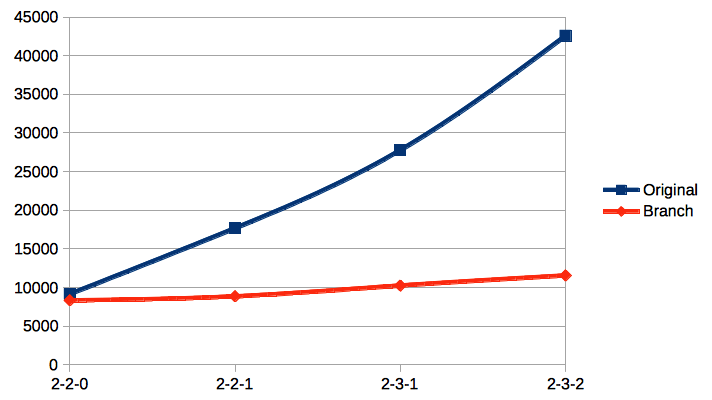 this branch can only import all the tables with this same strategy, but with this new logic in myloader, in a future version it could be able to import each table with the best strategy reducing the time of the restore considerably.