We also included a reference example that shows how to build a modern real-time web user interface for device management. The web application is a so-called Single-Page Application (SPA). The SPA is initially loaded into the browser by using one HTTP GET request. From this point on, the WebSocket protocol is exclusively used for all interaction. Messages are exchanged as JSON and binary message.

The reference example includes real-time updates of LEDs and a thermostat gauge, and it shows how to do firmware upload over WebSockets. But that’s not all. The example can also be IoT enabled; we will get more into how that works later...

So what’s the big deal?

In my previous article, Rethinking Web-Based Device Management, I explained how one could use a framework such as Vue.js and WebSockets as a base for creating a modern reactive device management application. However, a resource-constrained microcontroller simply does not have the space to store a web application based on a framework such as Vue.js. The flash memory for the typical microcontroller, such as an ARM Cortex M3, provides insufficient storage for the typical modern web application.

We have now designed a microcontroller friendly reusable SPA reference example that requires very little storage space in the device. The complete SPA, including all resources such as images, CSS, and JavaScript, when compressed using our online HTML amalgamator service, requires only 41 Kbytes of flash memory storage space!!!

Designed to help you get up and running fast...

The reference example, designed for educational purposes, includes ready-to-use build environments for Windows and Linux. On Linux, you can build a ready to use web server executable as follows:

Now, this is important…

The Single Page Application reference example includes several web pages, but unlike a traditional web application, no page is loaded when clicking a link in the navigation menu. Instead, all pages reside in one HTML file, and JavaScript is used to hide and show DIV elements (the pages) when navigating the menu. 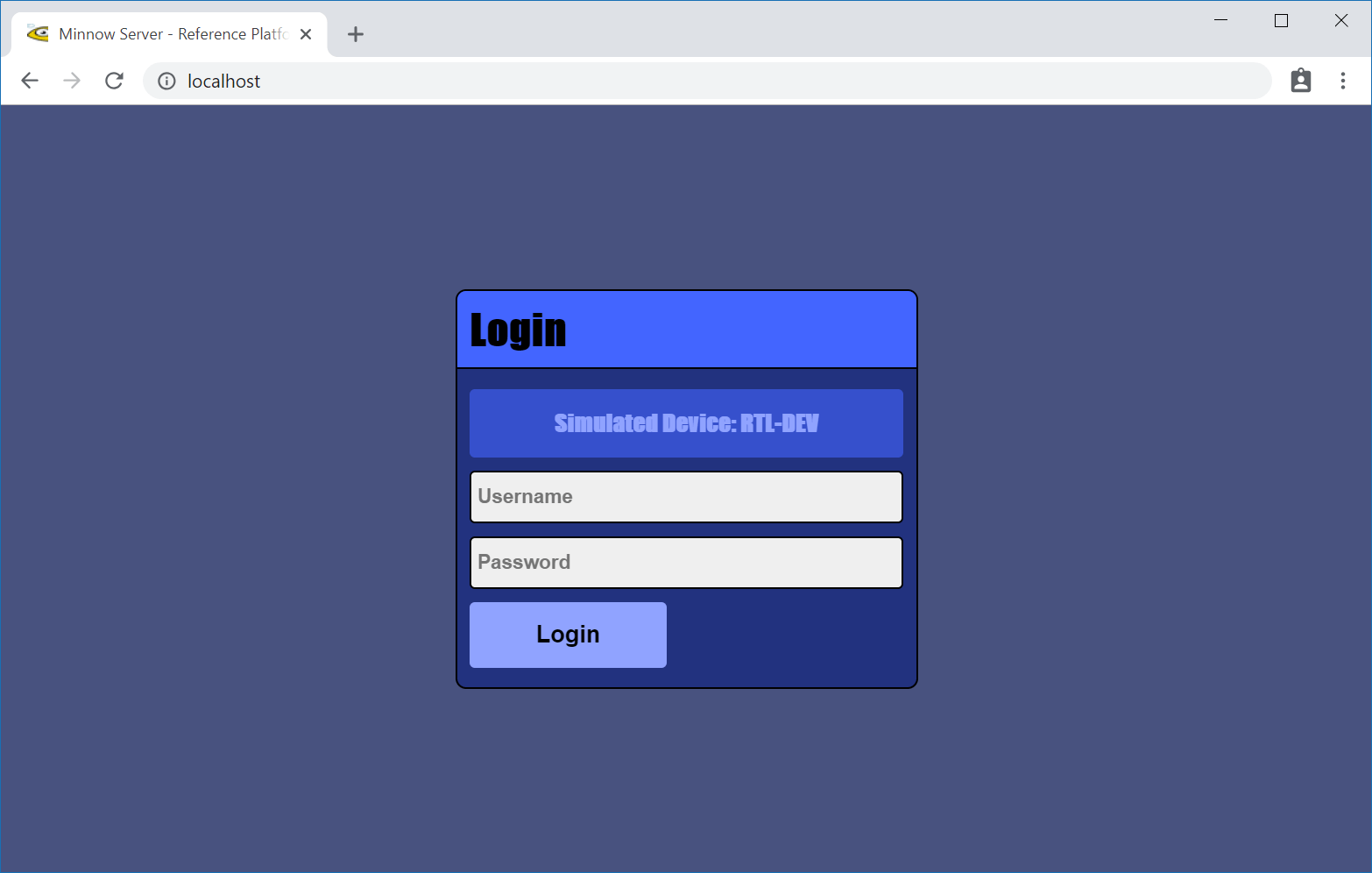 From Figure 1, you can see that we use non-encrypted communication. The Minnow Server can be used with or without TLS. A cool feature we have added is that the login is safe even when used without TLS. The password is hashed with a seed value provided by the server, a so-called nonce, before sent to the server. Details on the secure hash based authentication can be found in the Minnow Server Reference Platform Specification.

The following page is presented after logging in: 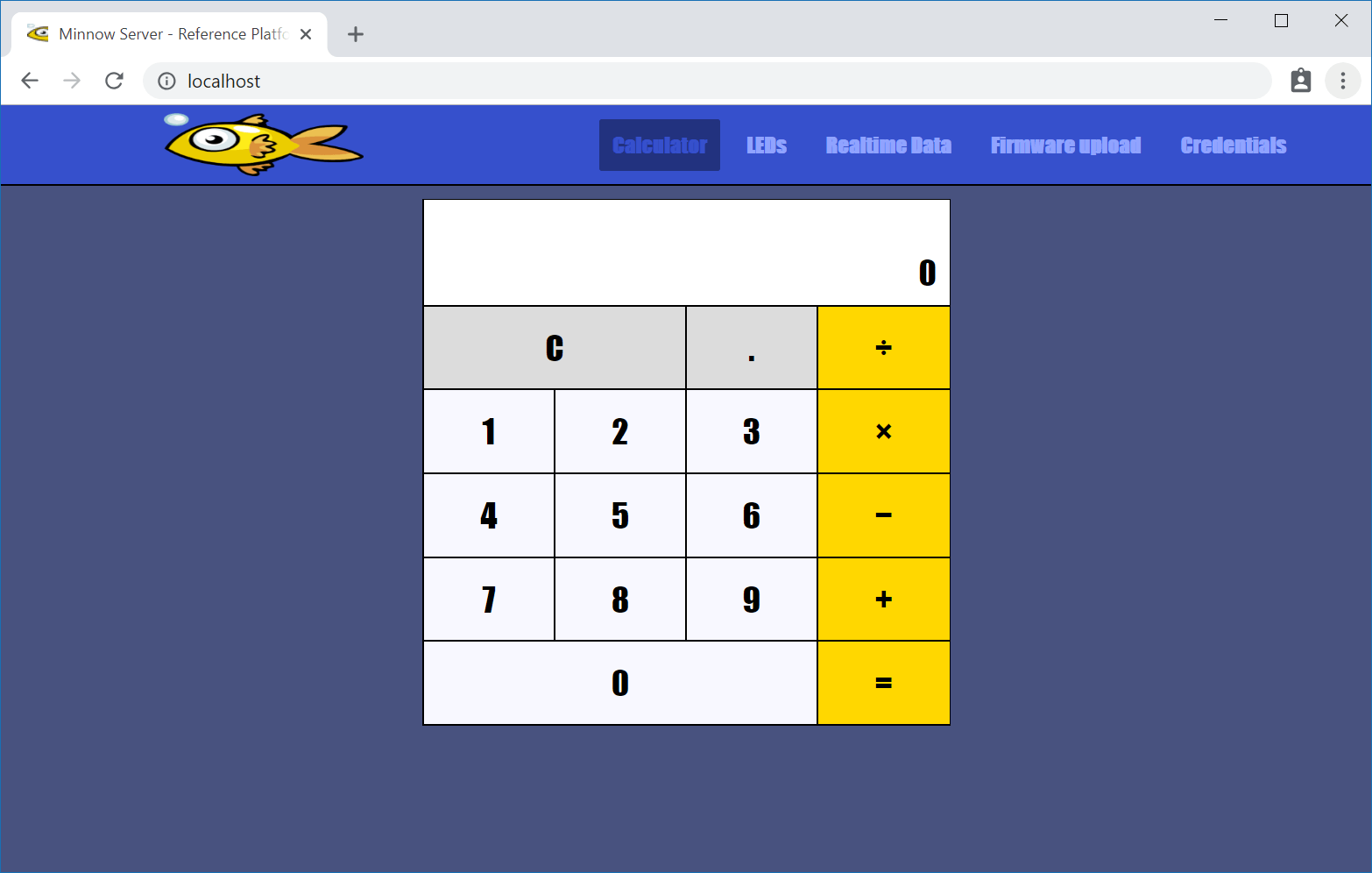 You probably wonder why we have a calculator in a device management reference design. We previously published an article on how to run AJAX over WebSockets and the included example provided math AJAX services. However, the AJAX math backend services were not designed for the Minnow Server and C code. We wanted to include the AJAX math services in this design because...

WebSockets can handle multiple bidirectional messages between the browser and the server. There is no correlation between the messages sent in either direction. It is up to the application to interpret and manage these messages. However, it is many times useful to use a request/response design pattern in web applications, where a JavaScript callback is called when the response is returned from the server. Many web developers are accustomed to AJAX and the calculator shows how to use AJAX in JavaScript and in C code. The math operations are performed on the server side and each math operation request sent to the server is followed by a math response sent to the browser. The result is displayed in the calculator when the response returns. AJAX also includes a success/error (try/catch) concept. Try dividing a number by zero and see what happens. 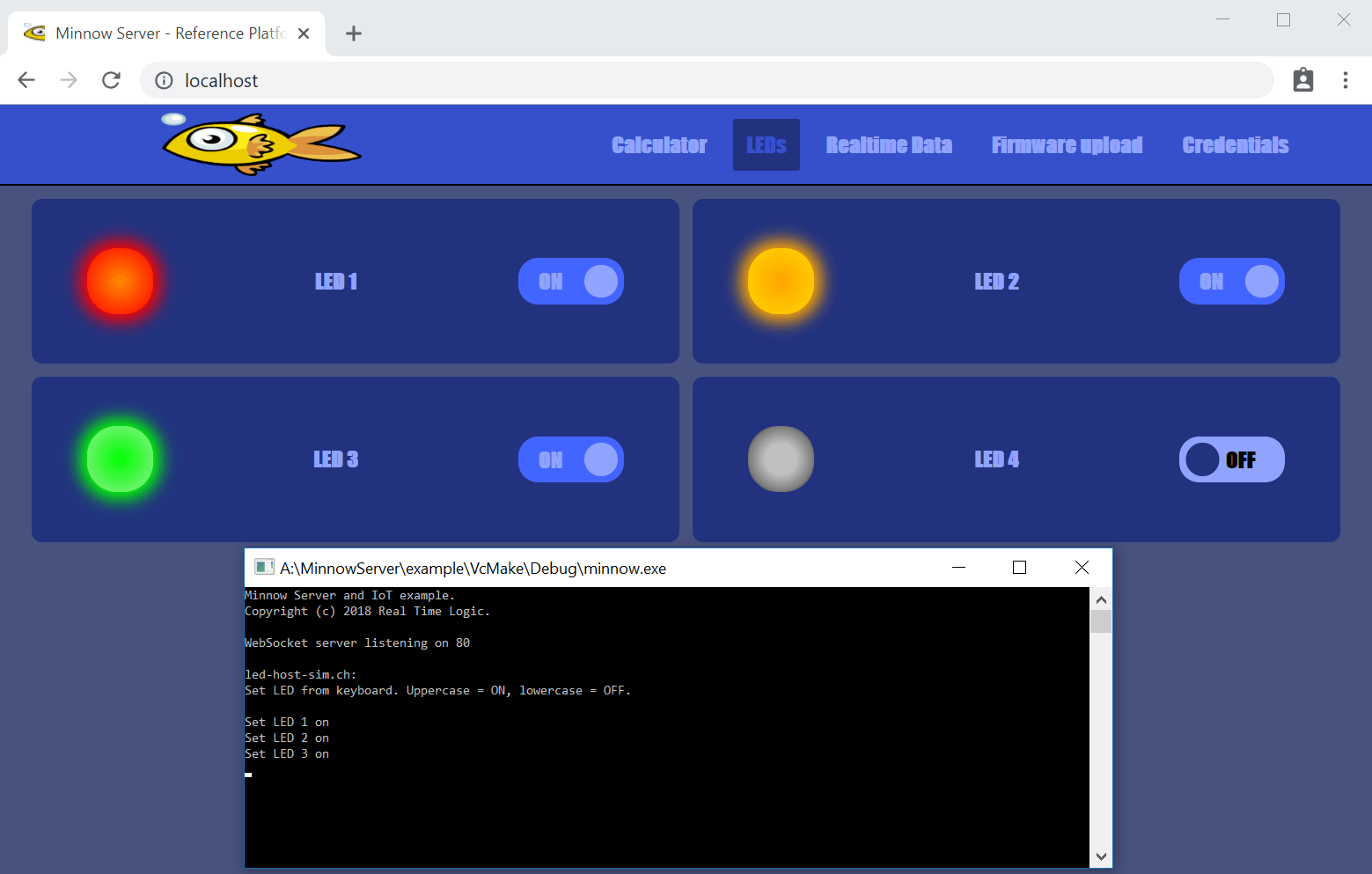 Most devices include LEDs; thus, the server LED logic can easily be ported to most devices. Clicking an LED button sends a real-time event to the server, which sets the LED. The server then sends an updated LED message to the browser.

It's all real-time and asynchronous...

In Figure 3, we run the server in a Windows console window. The LED state is printed to the console. You can also set the LED state in the console (on the server side) by using the keyboard letters B to E. The server will then send a real-time update message to the browser. 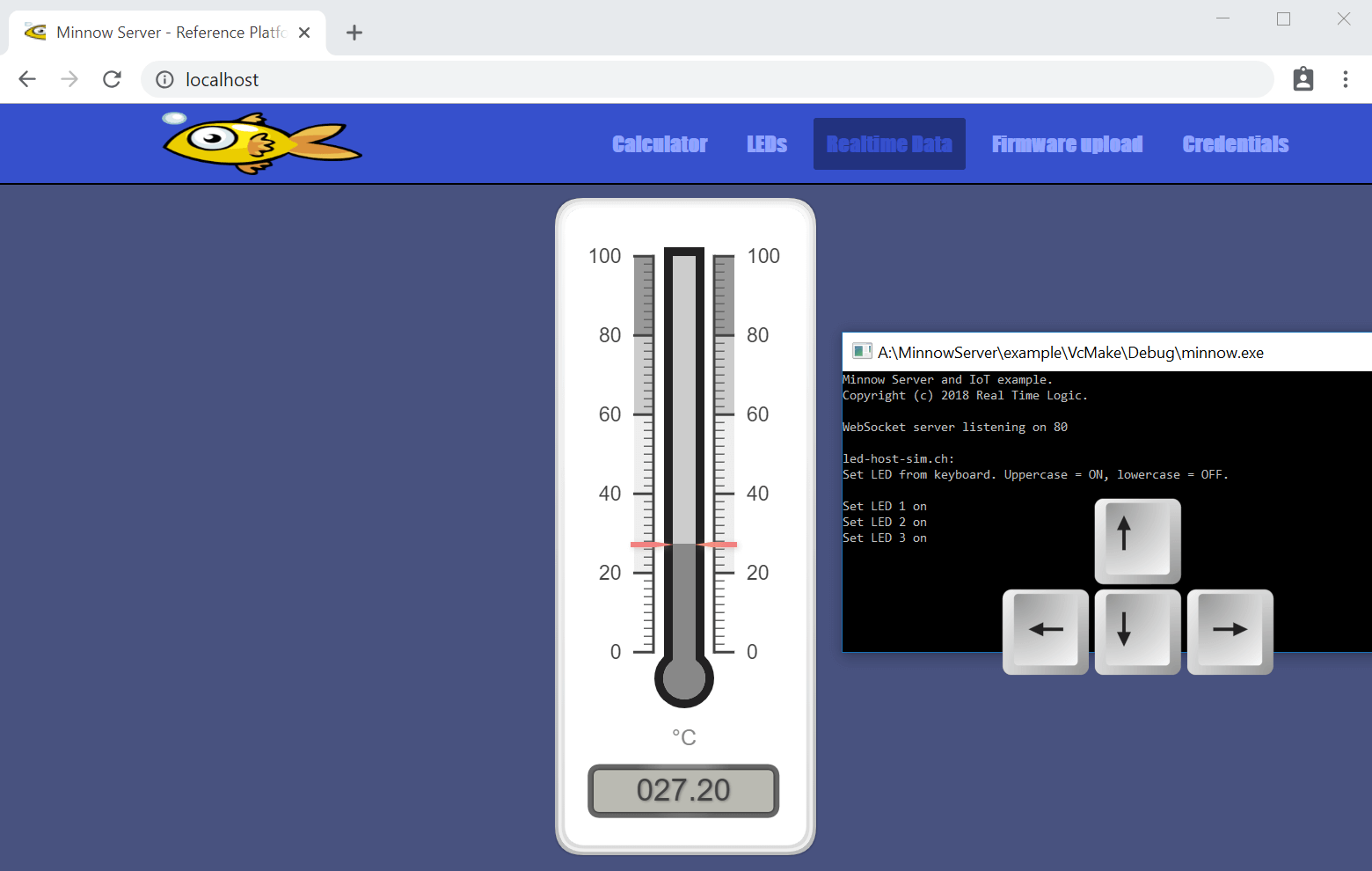 Although the LED page shows how to send real-time data from the server to the browser, the thermostat was included as an additional real-time event example. The up and down keyboard arrow keys control the temperature. 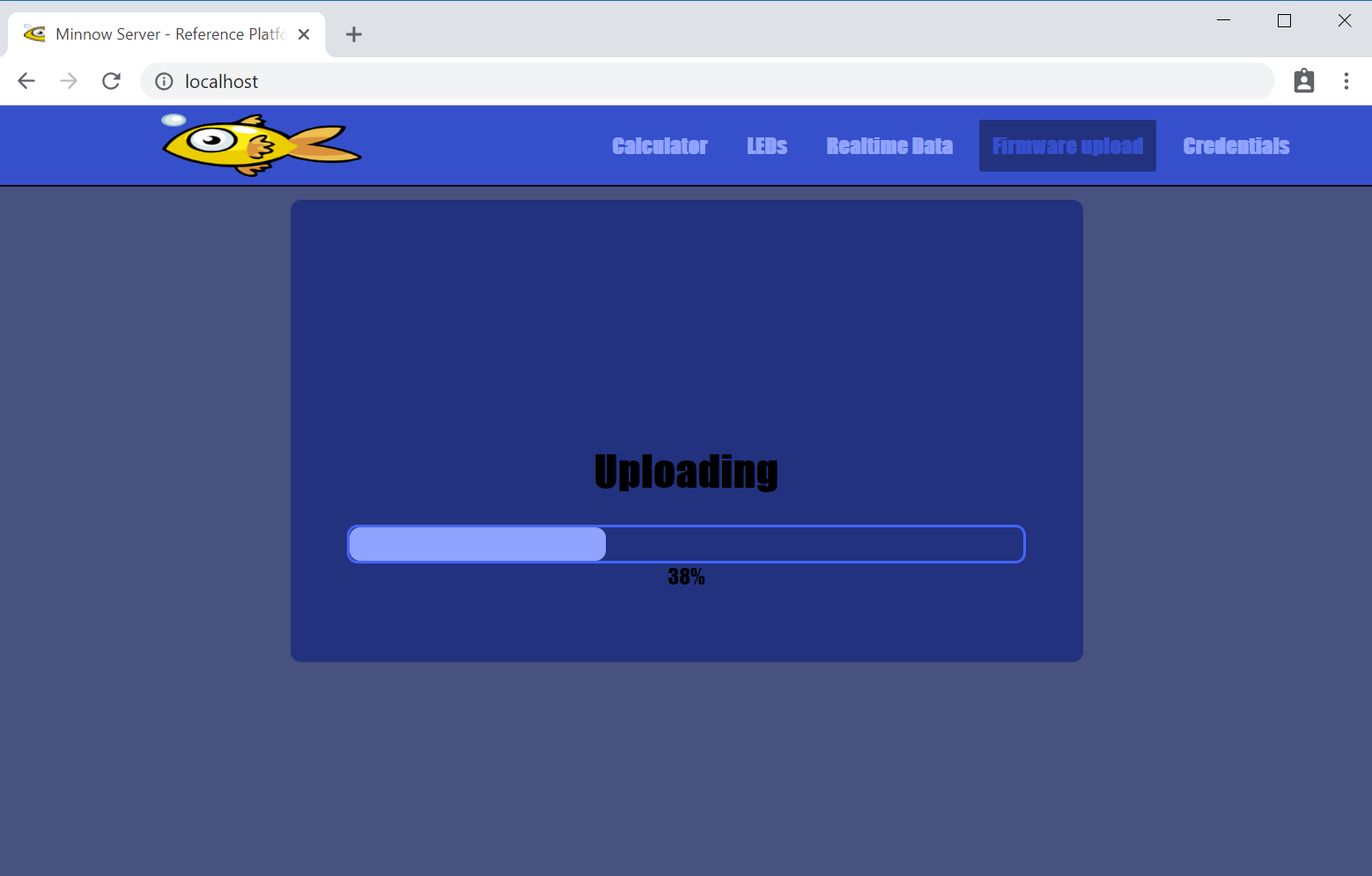 The firmware upload page shows how to create an HTML 5 drag and drop upload page and how to send the uploaded file to the server via the WebSocket connection.

All messages sent via the WebSocket connection are sent as JSON text messages except for the upload, which is sent as binary data. Modern JavaScript can easily manage binary data and the WebSocket protocol supports both binary and text frames. 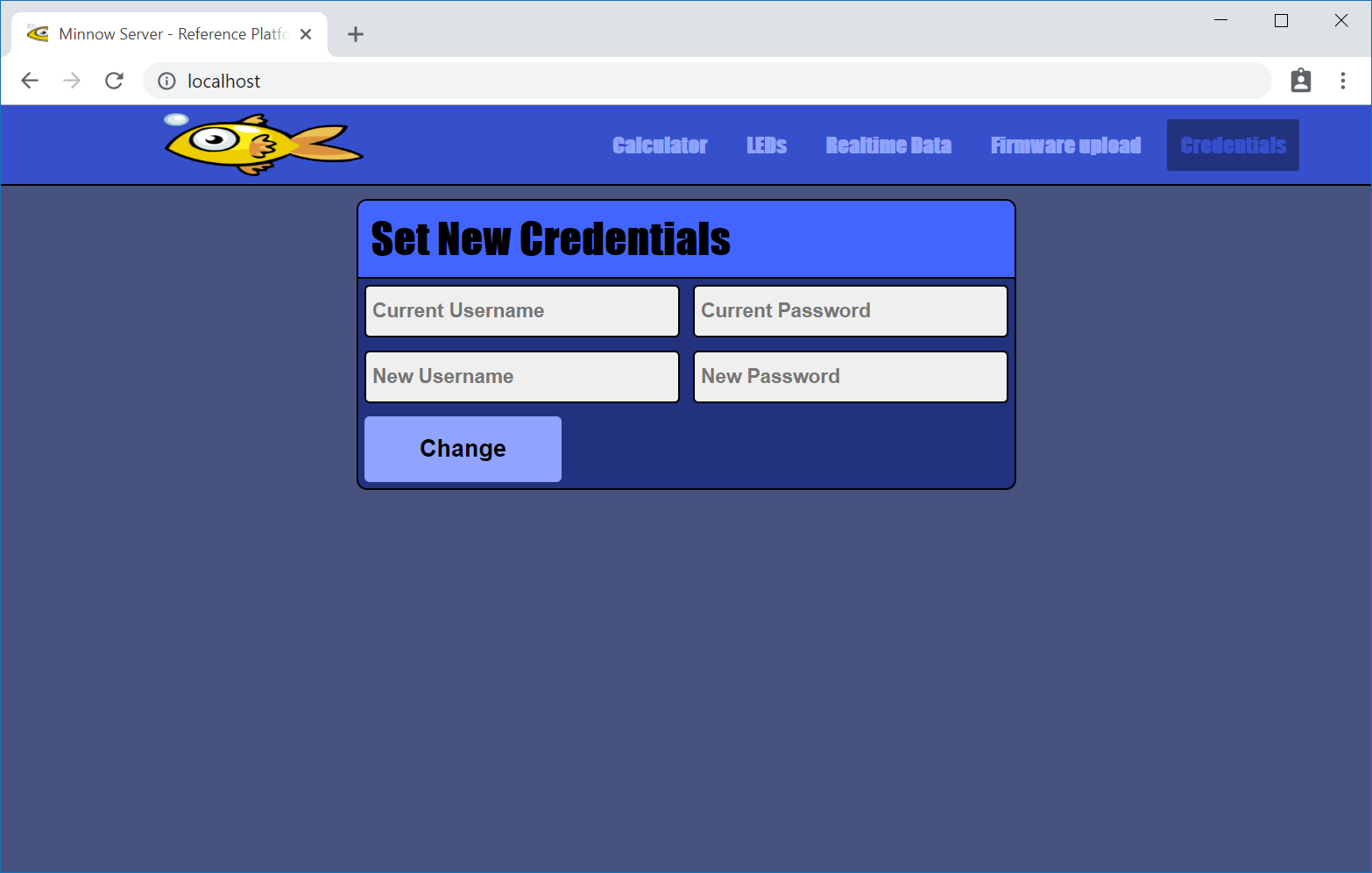 The credentials page lets the user update his/her credentials. Unlike the secure login page, setting new credentials is not safe unless TLS is used. It is simply not possible to protect the credentials from being eavesdropped without using TLS. The good thing is that the Minnow Server can be TLS enabled.

Devices with an embedded web server are typically installed and operated on private networks behind company firewalls and/or routers. Devices deployed behind private networks are automatically protected from outside use and abuse. However, such deployments also prevent legitimate remote use.

Sometimes, embedded devices need to be operated from a remote location via the Internet, and the safest way to do this is to IoT enable the device and have the device connect to a server on the Internet. The following figure depicts such a setup. 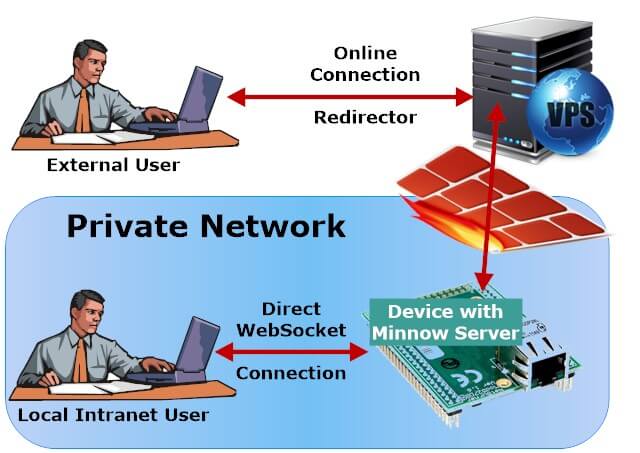 Figure 7: Access the embedded device locally or via the Internet

The Minnow Server reference example includes an optional IoT component that can be enabled at compile time. Note that this component is disabled by default.

An online server acts as a proxy between the remote user and device. When the device is running in IoT mode, the device operates as a network client. As you probably already know, network clients typically do not need any network configuration for connecting out to services on the Internet.

In all the examples above, we have been running the Minnow Server in non-secure mode. That means an eavesdropper can snoop on all traffic exchanged between the browser and the server. To prevent eavesdropping and secure the "Set new credentials page" (Figure 6), TLS must be used.

The GitHub example code includes a ready to run ESP8266 build environment. The low cost ESP8266 WiFi chip is great for learning purposes.  The following video shows how to use the ready to use web based IDE for compiling and uploading the firmware to an ESP8266. The video also shows how to set up the IoT bridge.

The Minnow Server is primarily designed for small resource constrained systems. Although the Minnow Server can be set up to manage several connections, the reference example is designed to conserve RAM memory and is set up to manage one connection at a time. Attempting to connect a new browser window while another browser window is using the one and only WebSocket connection will not work. If you are an embedded developer not limited by a resource-constrained microcontroller solution, consider using a more powerful embedded web server such as the Barracuda App Server, which also includes WebSockets.