Some of the hardest problems a Java Developer will ever have to face are classpath errors: ClassNotFoundException, NoClassDefFoundError,  Jar Hell, Xerces Hell and company.

In this post we will go through the root causes of these problems, and see how a minimal tool (JHades) can help solving them quickly. We will see why Maven cannot (always) prevent classpath duplicates, and also:

The only way to deal with Jar Hell

Classpath problems can be time-consuming to debug, and tend to happen at the worst possible times and places: before releases, and often in environments where there is little to no access by the development team.

They can also happen at the IDE level, and become a source of reduced productivity. We developers tend to find these problems early and often, and this is the usual response: 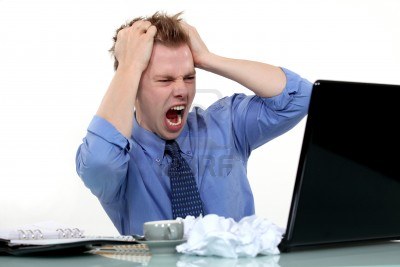 Let's try to save us some hair and get to the bottom of this. These type of problems are hard to approach via trial and error. The only real way to solve them is to really understand what is going on, but where to start?

But if it's that simple, then why are classpath problems so hard to debug?

One reason is that the stack traces for classpath problems have a lot of information missing that is needed to troubleshoot the problem. Take for example this stack trace:

It says that a class does not implement a certain interface. But if we look at the class source:

Well, the class clearly implements the missing interface! So what is going on then? The problem is that the stack trace is missing a lot of information that is critical to understanding the problem.

The stack trace should have probably contained an error message such as this (we will learn what this means):

This would be at least an indication of where to start:

What is a Class Loader?

To start, a Class Loader is just a Java class, more exactly an instance of a class at runtime. It is NOT an inaccessible internal component of the JVM like for example the garbage collector.

Take for example the WebAppClassLoader of Tomcat, here is it's javadoc. As you can see it's just a plain Java class, we can even write our own class loader if needed.

Any subclass of ClassLoader will qualify as a class loader. The main responsibilities of a class loader is to known where class files are located, and then load classes on JVM demand.

Everything is linked to a class loader

Every object in the JVM is linked to a class loader!

Let's see how this fact can be used to troubleshoot a classpath error scenario.

How-To find where a class file really is

Let's take an object and see where it's class file is located in the file system:

This is the full path to the class file:

As we can see the class loader is just a runtime component that knowns where in the file system to look for class files and how to load them.

But what happens if the class loader cannot find a given class?

By default in the JVM, if a class loader does not find a class, it will then ask it's parent class loader for that same class and so forth.

This continues all the way up until the JVM bootstrap class loader (more on this later). This chain of class loaders is the class loader delegation chain.

Some class loaders delegate requests immediately to the parent class loader, without searching first in their own known set of directories for the class file. A class loader operating on this mode is said to be in Parent First mode.

If a class loader first looks for a class locally and only after queries the parent if the class is not found, then that class loader is said to be working in Parent Last mode.

Do all applications have a class loader chain ?

Even the most simple Hello World main method has 3 class loaders:

What does the class loader chain of a WAR application look like?

Here we wee that each WAR runs in a WebAppClassLoader, that works in parent last mode (it can be set to parent first as well). The Common class loader loads libraries installed at the level of the server.

What does the Servlet spec say about class loading?

Only a small part of the class loader chain behavior is defined by the Servlet container specification:

After that, it's anyones guess! The rest is completely open for interpretation by container providers.

Why isn't there a common approach for class loading across vendors?

Usually open source containers like Tomcat or Jetty are configured by default to look for classes in the WAR first, and only then search in server class loaders.

This allows for applications to use their own versions of libraries that override the ones available on the server.

What about the big iron servers?

Commercial products like Websphere will try to 'sell' you their own server provided libraries, that by default take precedence over the ones installed on the WAR.

This is done assuming that if you bought the server you want also to use the JEE libraries and versions it provides, which is often NOT the case.

This makes deploying to certain commercial products a huge hassle, as they behave differently then the Tomcat or Jetty that developers use to run applications in their workstation. We will see further on a solution for this.

At this moment you probably have a huge question:

What if there are two jars inside a WAR that contain the exact same class?

The answer is that the behavior is undetermined and only at runtime one of the two classes will be chosen. Which one gets chosen depends on the internal implementation of the class loader, there is no way to know upfront.

But luckily most projects these days use Maven, and Maven solves this problem by ensuring only one version of a given jar is added to the WAR.

So a Maven project is immune to this particular type of Jar Hell, right?

Why Maven does not prevent classpath duplicates

Unfortunately Maven cannot help in all Jar Hell situations. In fact, many Maven projects that don't use certain quality control plugins can have hundreds of duplicate class files on the classpath (I saw trunks with over 500 duplicates). There are several reasons for that:

Are all class files duplicates dangerous?

If the two class files are inside the same class loader and they are not identical, then there is no way which one will be chosen at runtime - this is problematic and can manifest itself when deploying to different environments.

If the class files are in two different class loaders, then they are never considered identical (see the class identity crisis section further on).

How can WAR classpath duplicates be avoided?

This problem can be avoided for example by using the Maven Enforcer Plugin, with the extra rule of Ban Duplicate Classes turned on.

You can quickly check if your WAR is clean using the JHades WAR duplicate classes report as well. This tool has an option to filter 'harmless' duplicates (same class file size).

But even a clean WAR might have deployment problems: Classes missing, classes taken from the server instead of the WAR and thus with the wrong version, class cast exceptions, etc.

Debugging the classpath with JHades

Classpath problems often show up when the application server is starting up, which is a particularly bad moment specially when deploying to an environment where there is limited access.

JHades is a tool to help deal it with Jar Hell (disclaimer: I wrote it). It's a single Jar with no dependencies other than the JDK7 itself. This is an example of how to use it:

This prints to the screen the class loader chain, jars, duplicate classes, etc.

JHades works works well in scenarios where the server does not start properly. A servlet listener is provided that allows to print classpath debugging information even before any other component of the application starts running.

ClassCastException and the Class Identity Crisis

When troubleshooting Jar Hell, beware of ClassCastExceptions. A class is identified in the JVM not only by it's fully qualified class name, but also by it's class loader.

The classes are therefore completely different (despite the same name) and cannot be cast to each other! The runtime will throw a CCE to prevent this potential error case, because there is no guarantee that the classes are castable.

Adding the class loader to the class identifier was the outcome of the Class Identity Crisis that occurred in earlier Java days.

A Strategy for Avoiding Classpath Problems

This is easier said then done, but the best way to avoid classpath related deployment problems is to run the production server in Parent Last mode.

This way the class versions of the WAR take precedence over the ones on the server, and the same classes are used in production and in a developer workstation where it's likely that Tomcat, Jetty or other open source Parent Last server is being used.

In certain servers like Websphere, this is not sufficient and you also have to provide special properties on the manifest file to explicitly turn off certain libraries like for example JAX-WS.

Fixing the classpath in Java 9

In Java 9 the classpath gets completely revamped with the new Jigsaw modularity system. In Java 9 a jar can be declared as a module and it will run in it's own isolated class loader, that reads class files from other similar module class loaders in an OSGI sort of way.

This will allow multiple versions of the same Jar to coexist in the same application if needed.

In the end, Jar Hell problems are not that low level or unapproachable as they might seem at first. It's all about zip files (jars) being present/ not being present in certain directories, how to find those directories, and how to debug the classpath in environments with limited access.

By knowing a limited set of concepts such as Class Loaders, the Class Loader Chain and Parent First / Parent Last modes, these problems can be tackled effectively.

This presentation Do you really get class loaders from Jevgeni Kabanov of ZeroTurnaround (JRebel company) is a great resource about Jar Hell and the different type of classpath related exceptions.