This is part 4 of the java 9 series. While in part 3 we covered interfaces and the private methods that were added to them, in part 4 we see that try-with-resoures was enhanced, or we might say even fixed. Try-with-resources, which was introduced back in java 7, is a concept which helps developer close resources which are not using anymore, such as database connection, file streams, etc. Let’s see how try-with-resources behaved in java 7 and now in java 9. 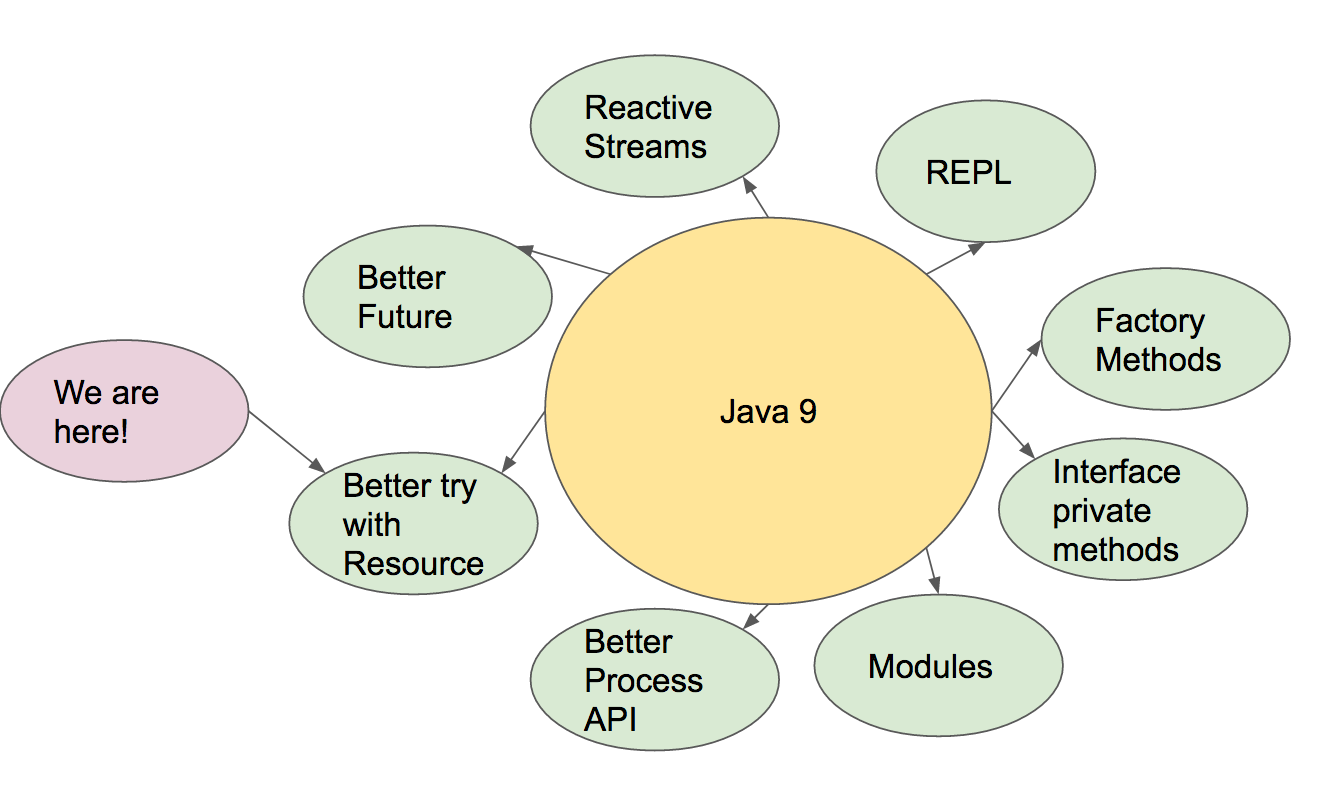 Try-with-Resources, prior to Java 9, meant that instead of just calling a piece of code which opens up a resource like:

As you see in the above example we have used a standard try-and-finally.

Step 2: Try-with-Resources From Java 7 and On

In Java 7, we can put the opening of the stream itself inside the try() block note that now try has brackets - try()

Where is the close() you ask? Java will take care of that. After all, it’s try with resources.

Step 3: Try-with-Resources From Java 9 and On

If we have multiple resources and we are using them and we want try-with-resources to close them all, now with Java 9, it's possible even without introducing a new variable- if our resource is already with the final keyword, that is.

However, with Java 9 we can:

In Part 1 of this series we covered Java 9 modules, in Part 2, JShell, and then we went on to super interfaces in Part 3. In this Part 4, we saw that try-with-resources was greatly enhanced to allow us to refer to multiple seamlessly without the need to define any intermediate variable. So, you just try-with-resources seamlessly for multiple resources!